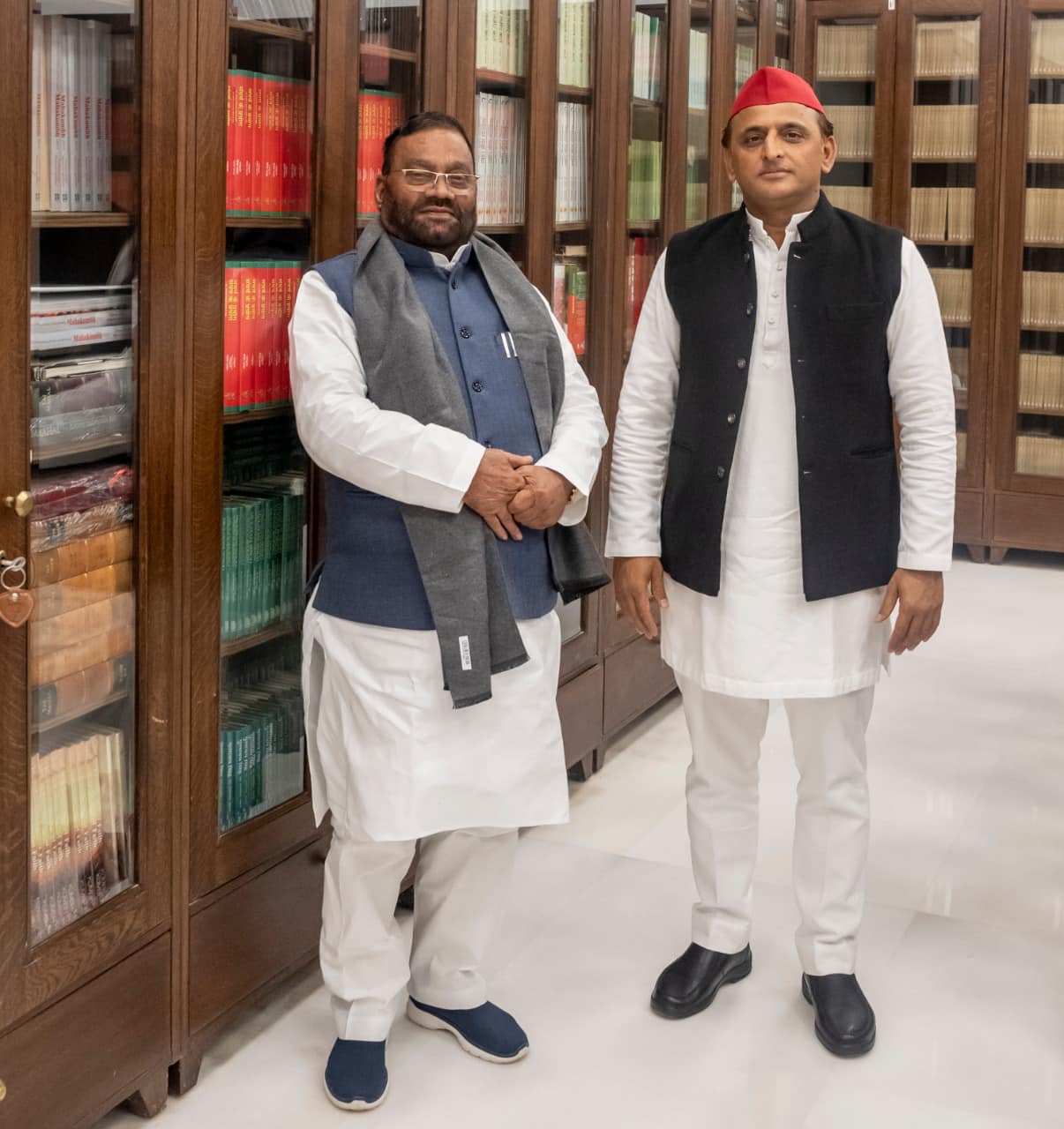 BJP’s bid to retain power in UP suffered a serious blow when two prominent OBC ministers in Yogi Adityanath cabinet resigned from the cabinet and left the party blaming Hindutva mascot CM Yogi Adityanath for neglecting all sections of the masses, reports Mudit Mathur

The battle of Uttar Pradesh to retain reins of power is not going to be a cakewalk for the ruling BJP. Despite round the clock efforts and adopting extraordinary pressure tactics by the ruling trio — Narendra Modi, Amit Shah and Yogi Adityanath — it looks difficult to counter the anti-incumbency factor. The narrative of pending developmental work with religious fervours polarising majority community seems to be fading amid issues of mounting unemployment, unprecedented price rise, rising atrocities on weaker classes and Dalits.

The mask of ‘Hindutva’ behind finest blend of social engineering also developed cracks among its rank and file as two prominent OBC ministers resigned blaming Hindutva mascot CM Yogi Adityanath for neglecting all sections of the masses. There is growing apprehension that the party may face massive desertions during the distribution of party tickets. UP elections are considered as semi-final for the BJP before its bid to complete a hat-trick in next parliamentary elections of 2024.

The BJP was seen successful reaching out to the masses with its mastermind strategy as before other parties could swing into full election mode. It organised more than hundred mega rallies across the state covering every nook and corner expending enormous money from the public funds. According to rough estimates it had reached around 280-300 assembly segments in a well calculated move inaugurating one or the other development project to boost its government’s image. The crowd funding too was entrusted to bear on various government departments for transporting and feeding them for attending the rallies of Prime Minister Narendra Modi, Home Minister Amit Shah and CM Yogi Adityanath.

Even before the Election Commission officially announced elections and imposed model code of conduct banning physical rallies, road shows and corner meetings in view the surge of Covid-19,  the ruling trio had finished its goal of maximum publicity through government sponsored rallies and exploiting all the mediums of media communications with opening up state’s coffers for a political motive – targeting to led down its political adversaries like Samajwadi Party, Congress Party and BSP for their alleged misrule. All sorts of jibes from “Lal Topi” to corruption charges were hurled in the rallies painting them as enemies of development. The Election Commission has allowed only digital campaigning where BJP has strongest presence with its large networks of IT cell operating all over India amid series of controversies over the authenticity of its flash massages on social media platforms. So there is no level playing field for the other political parties as compared to BJP.

The trio while portraying as if saviours of Hindu religion, citing Ram Temple and Kashi Vishwanath corridors as an achievement of cultural nationalism after oppression of many centuries,  highlighted success of Covid vaccination drive and extension of medical facilities in many districts, which, according to them, had remained deprived of the same because of the earlier governments of opposition parties. They also took the credit of developing Expressways and Airport infrastructure projects in the state with a double engine governments.

It is just a myth that the BJP assumed the reins of the power drawing its strength from the Hindu votes. In fact, in the post Mandal scenario culminated with demolition of Babri mosque in Ayodhya drastically changed social dynamics of the polity. BJP stalwart Kalyan Singh first acknowledged the potential of Other Backward Castes and united them under its fold. The successful “mantra” shot him to power but he untimely sacrificed his government over demolition of Babri mosque.

Thereafter, the BJP could not come to power with its own strength as OBCs solidly stood behind Samajwadi patriarch Mulayam Singh Yadav. Mulayam Singh Yadav forged an indomitable alliance with Dalit icon Kanshi Ram to counter growing might of BJP with a slogan “Mile Mulayam Kanshi Ram hawa me ud gaye Jai Shri Ram.” The SP-BSP government ruled the state but their day-to-day conflicts resulted in break down of alliance on 2 June, 1995 after Mayawati alleged murderous attack on her by SP supporters in the infamous Guest House episode. It was the turning point when despite ideological differences BJP supported BSP to form the government with Mayawati as chief minister.

The BJP leader Rajnath Singh during his chief ministership tried to woo the OBCs from Samajwadi fold offering reservation to most backward classes within reservation to alienate them from SP as major beneficiaries of OBC reservation were from the Yadav community. When Union Home Minister Amit Shah took the charge of BJP campaign of 2014 in Uttar Pradesh, he changed caste chemistry.

Popularly known as “Chanakya” for his successfully implemented strategies for the BJP, Shah forged new alliances with non-Yadav most backward castes and non-Jatav Dalit castes. He united Shakya, Maurya, Saini, Rajbhar, Koris, Nishad, Bind and others giving them position in party and empowered them in the central and state government.

In the 2017 elections, the BJP was successful in wooing sizeable segment of the non-Jatav Dalit voters from the fold of BSP. Similarly, when addressing the Backward Caste electorate, the BJP has strategised to lure away the non-Yadav Backward Castes. It was reflected in the choice of candidates fielded by the party.

In a shrewd political exercise to dismantle Dalit consolidation under BSP fold in 2017, the BJP gave 65 tickets to non-Jatav Dalit community out of 87 reserved constituencies and its 68 candidates won seats. Out of around 25% Dalit votes in UP, non-Jatavs make around 14% vote share. Similarly, out of around 25% strong Backward Caste population, the BJP targeted the approximately 15% non-Yadav segment. It comes as no surprise then that BJP and its allies together have given tickets to 134 Backward Caste candidates, of whom only nine were Yadavs and six of them won the election from BJP ticket.

BJP election strategists, involved in the backroom planning and execution, revealed its well-researched action plans that was conceived on the basis of ground survey that “Jatavs among Dalits continue to be firmly behind Mayawati and thus, BJP fielded Pasi, Dhobi and Khatik castes. These three castes together had got 39 tickets.  Similarly, Yadavs, more or less, continue to be with Akhilesh Yadav and his party.”  Hence, the BJP had formulated a clear strategy to target left over Dalits and Backwards Castes in its 2017 campaign. Among the Backward Castes, the BJP lured major non-Yadav castes like Maurya, Kurmi, Lodh and Jats. With 29 tickets going to Kurmi candidates and 24 to Mauryas (including Kushwaha, Shakya and Saini), 20 tickets have been given to candidates from Lodh community and 15 to Jats. 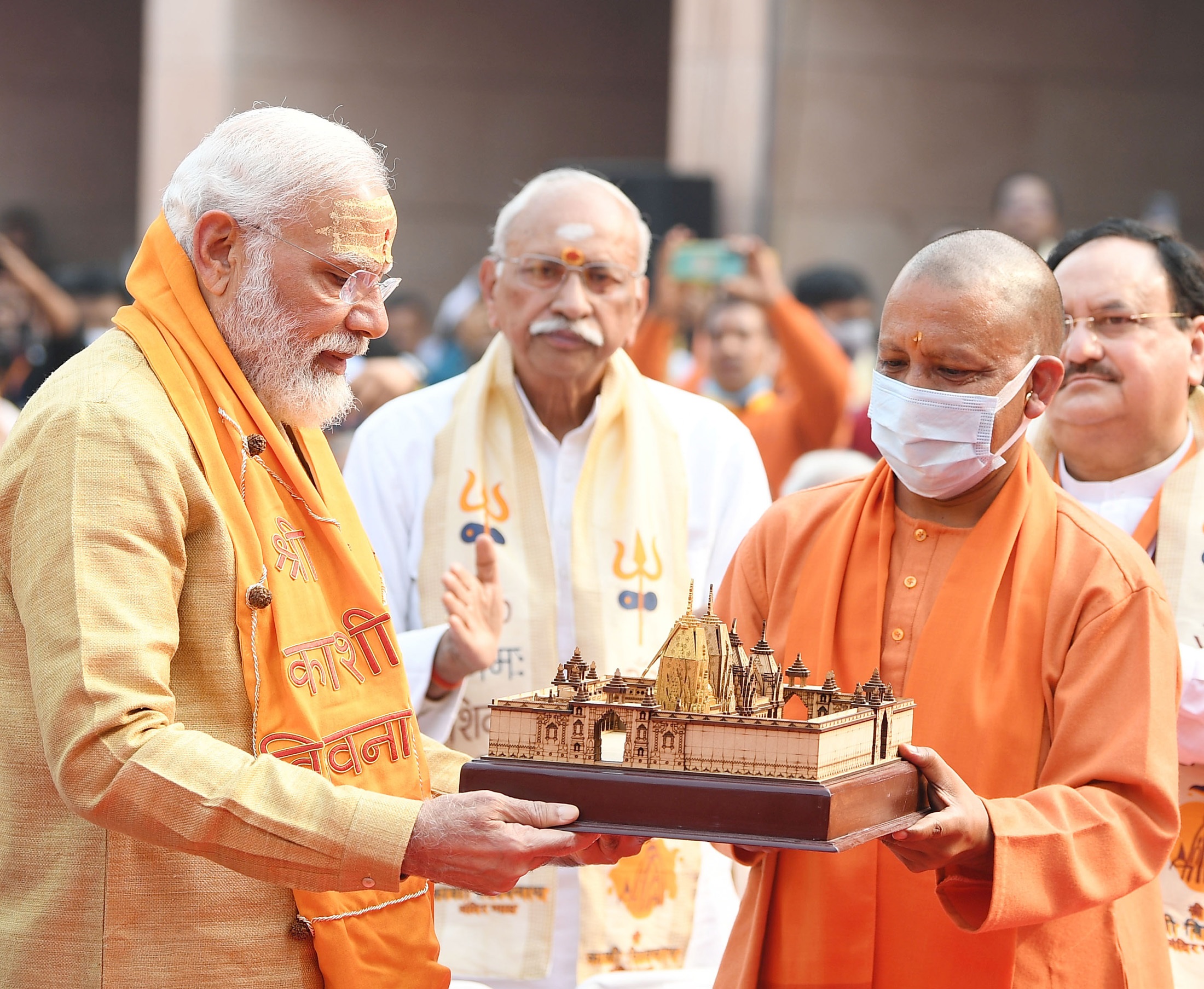 BJP, a traditionally dominated and supported by upper castes, accommodating so many Backward Caste candidates was not an easy exercise. Despite this, 184 tickets have gone to candidates from upper castes. Party fielded 66 Brahmins faces and 42 of them recorded victory, similarly out of 67 Rajputs, 60 won and 17 out of 28 candidates from Vaishya community won election in 2017.

The BJP faced major jolt recently when its heavyweight Other Backward Classes (OBC) leader and Labour and Employment Minister Swami Prasad Maurya stunned them by resigning from Yogi Adityanath cabinet citing deep disillusionment of the masses over its misgovernance and charging the government of neglecting the issues concerning Dalits, backward classes, farmers, unemployed youths, traders (MSME Sector). He is likely to join the rival Samajwadi Party in near future. Maurya was leader of opposition during Akhilesh Yadav rule and held important cabinet ministerial post in BSP government.

Even before BJP could overcome the sudden shock of Maurya’s resignation, another backward leader from the eastern UP and Forest and Environment minister Dara Singh Chauhan sent his resignation from the Yogi cabinet to the Governor. His resignation letter to state governor echoed similar sentiments as of Maurya. The damage control exercise from the BJP leadership yielded no results. BJP will witness more desertions after the declaration of its candidates’ list.

Maurya community consists around 5-6 percent of vote share and play significant role in balancing of power. Earlier Suheldev Bharatiya Samaj Party (SBSP) chief Om Prakash Rajbhar walked out of the BJP alliance alleging misrule of Yodi-Modi on several counts specially handling of Covid crisis. While Rajbhar entered into electoral alliance with Samajwadi Party, Maurya kept his cards close to his chest but there are indications that he will join the Samajwadi Party.

AICC secretary Imran Masood decided to quit Congress to join Samajwadi Party. Earlier also he was with Samajwadi Party. The new realignment of political forces in western UP after year-long farmers movement buried the rift between Jats and Muslims developed in an aftermath of Muzaffarnagar riots. This rift had attributed to phenomenal rise of BJP in parliamentary and assembly elections.

The political developments at the grassroots of the state are sending disturbing signals to the BJP leadership as such desertions from the backward classes destabilise caste combinations forged under the mask of Hindutva by Amit Shah. Last assembly elections were not won due to any wave or magic but just micro planning of caste combinations that allowed the BJP to repeat its 2014 performance.

The humiliating defeat of Samajwadi Party in the last assembly elections gave an opportunity to Akhilesh Yadav to introspect his faults. His contribution to many social welfare programmes including mega infrastructural development projects – Metro Rails, Expressways, airports and international stadiums, were overshadowed in meticulously planned blistering media campaigns highlighting poor law and order, hooliganism and overall corruption. Now he looks matured enough to overcome the troubles he faced last time as he knows that his success lies in uniting all the other backward classes and bring them under his umbrella.