The air pollution levels in Delhi-NCR remained a cause of concern as the Air Quality Index (AQI) recorded ‘Hazardous’ rating across many areas of the NCR in December 5.

According to the System of Air Quality and Weather Forecasting and Research, the overall air quality of national capital remained between ‘Very Poor’ and ‘Severe’ has AQI been recorded at 373.

The air quality is particularly deteriorating in the adjoining regions of Gurugram, Noida, Ghaziabad, Faridabad and Hapur as the air pollution levels were registered at very bad levels in these five areas as well.

The PM10 level in the entire NCR was alarming and questions were raised over the government’s inaction to curb the pollution levels.

The rising AQI levels are a matter of health concern. It will cause continued damage to the lungs of millions of residents in the national capital. 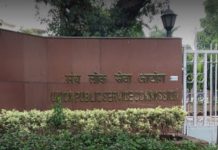