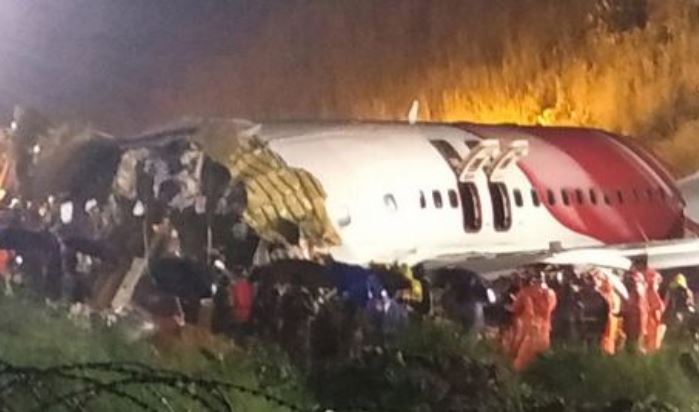 The death toll from the crash of an Air India Express plane that skidded off a tabletop runway in heavy rain and broke into pieces at Karipur airport in Kerala’s Kozhikode has risen to 18 on Saturday morning.

“Under the Vande Bharat Mission, the flight was coming from Dubai carrying 190 passengers. Pilot must have tried to bring the flight to the end of tabletop airport’s runway where it skidded due to slippery conditions owing to monsoon,” Civil aviation minister Hardeep Puri said.

“Our task would have been much more difficult if the plane had caught fire,” Puri said.

Prime Minister Narendra Modi yesterday expressed grief over loss of lives due to the plane accident in Kozhikode.

In a tweet, the Prime Minister said, “Pained by the plane accident in Kozhikode. My thoughts are with those who lost their loved ones. May the injured recover at the earliest. Spoke to Kerala CM @vijayanpinarayi Ji regarding the situation. Authorities are at the spot, providing all assistance to the affected.”

The Indian consulates in Dubai and Sharjah have activated the helpline numbers to provide information to the family members of the Air India Express flight.

Hardeep Singh Puri will reach Kozhikode in the afternoon.

Hardeep Singh Puri had on Friday said, “all efforts being made to help passengers. A formal enquiry will be conducted by Aircraft Accident Investigation Board (AAIB).

“Two investigation teams of professionals from @airindiain @AAI_Official & AAIB will leave for Kozhikode at 02.00 hrs & 05.00 hrs. Everyone has now been rescued from the aircraft. Rescue operations are now complete. Injured being treated at various city hospitals,” Puri had tweeted. 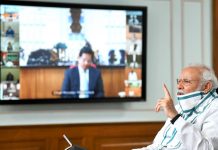