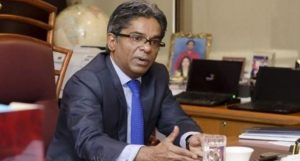 After the extradition of Christian Michel from Dubai, the alleged middleman in the AgustaWestland VVIP chopper case, two more accused a Dubai-based businessman wanted in the VVIP chopper case and a corporate aviation lobbyist were deported to India, officials said.

Rajeev Shamsher Bahadur Saxena wanted in the Rs 3,600 crore AgustaWestland VVIP chopper money laundering case and lobbyist Deepak Talwar wanted by the Enforcement Directorate (ED) and the Central Bureau of Investigation (CBI) in a case of misusing over Rs 90 crore taken through the foreign funding route, were brought in a special aircraft to New Delhi from UAE around 1.30 am.

According to the officials, the two have been arrested by the ED and would be produced before a court later in the day.

ED had summoned Saxena multiple times in the AgustaWestland scam and had arrested his wife Shivani Saxena from Chennai airport in July 2017. She is now out on bail.

The ED had alleged that Rajeev Saxena, his wife and their two Dubai-based firms routed the proceeds of crime and further layered and integrated in buying the immovable properties/shares among others.

Deepak Talwar has been booked by the ED and the CBI in criminal cases of corruption.

In December last year, British national Christian Michel was extradited by the UAE to India and is currently under the custody of the ED.

The AgustaWestland case involves the deal to purchase luxury helicopters for President, Prime Minister and other VIPs, when Manmohan Singh’s Congress-led coalition was in power. 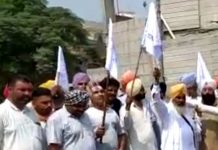 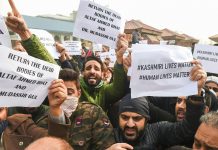