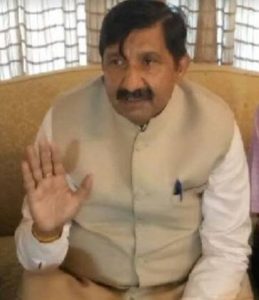 Himachal Pradesh Leader of Opposition Mukesh  Agnihotri said here on Sunday that the accusation of Prime Minister Narendra Modi  during Abhaar rally in Dharamshala that the Congress was fooling the farmers, reflected his frustration over the recent electoral reverses  suffered by the BJP in five states.

Talking to the media person here today, Agnihotri said that the pro-farmers and pro-poor poll agenda of the Congress in Madhya Pradesh, Chhattisgarh and Rajasthan has stopped the corrupt corporate–driven juggernaut of the BJP and changed the political narrative. ‘Modi has been rattled by the sharp dip in his popularity and the consequent electoral losses which provided an unmistakable indication of the winds of change sweeping the country on the eve of Lok Sabha polls,’’ said the senior Congress leader.

He said that while Prime Minister has lost no time in finding faults with the loan waivers of Congress governments, his own party has promised to write off loans of farmers in poll-bound Odisha, within days after its poll debacle in five states. He said such double speak has been part of BJP’s political strategy to mislead the people. ‘’The alacrity with which the newly elected Congress governments have taken decisions to waive the loans of farmers has upset the Prime Minister Modi who has been ruthlessly pursuing pro-corporate policies, which have plunged the country’s economy deeper into crisis, ignoring the concerns of the common man,’’ added the Congress leader.

Agnihotri said that the Prime Minister failed to announce any package or relief for the debt-ridden state belying the hopes of the people. He said that the fact was that the wrong policies of the Modi government have plunged the central government into a deep financial crisis and it was desperately trying to poach on the reserves of the RBI. Congress leader said that the situation was alarming, as evident from the resignation of RBI Governor Urjit Patel, and all the experts including ex RBI Governor have warned the government not to indulge in such misdemeanor with the national banking regulator. He said ‘It will have serious implications for the economy as a prominnent neaspaper yesterday reported that the fiscal deficit of the central government has hit 115 percent of the budget estimates in the first eight months of the year 2018-19, a clear indication of the worsening financial situation’.

The leader of opposition in Himachal Vidhansabha said that himachal needed financial support all the more as it has been most severely hit by the shortfall in GST collections. He said that the revenue shortfall of the state under GST from April to November in the current year has been as high as 37 percent, next only to Puducherry which has a higher shortfall of 43 percent. ‘’The government spent huge funds on organizing the rally and brazenly misused administrative machinery for brining crowd for the rally but the state did not get anything in return,’’ he added.

The senior Congress leader said that the Modi government has miserably failed to fulfill its promises to bring back black money, deposit Rs 15 lakh  in every individuals  account, create 2 crore jobs annually and accelerate economic growth. He said that even Himachal specific promise to strengthen the apple industry, develop smart cities and expand rail network have not been implemented. ‘’The schemes like Udan to provide affordable air connectivity has been a damp squib,’’ said Agnihotri and added that the work on four-laning projects was far behind the schedule. He alleged that even the foundation stone of the Central University, which has been the bone of contention between veteran BJP leader Shanta Kumar and Hamirpur MP Anurag Thakur, could not be laid. 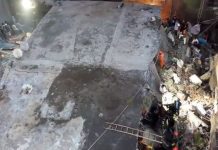