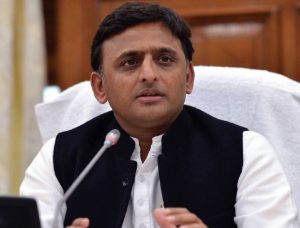 After Mayawati’s announcement that her party would contest solo in the Assembly bypolls. Samajwadi Party (SP) chief Akhilesh Yadav in his first reaction said that his party would also consider contesting on all 11 seats in the bypolls.

“If the coalition has broken, I will reflect deeply on it and if the coalition is not there in the by-elections, then Samajwadi Party will prepare for the elections. The SP will also fight on all 11 seats alone,” Akhilesh Yadav said.

On Tuesday morning Bahujan Samaj Party (BSP) supremo Mayawati said that her party BSP will contest bypolls to 11 Uttar Pradesh assembly seats alone. She said the political compulsions had forced her to go solo in the assembly by-elections.

Mayawati told reporters, “We cannot ignore political compulsions. In the recently concluded Lok Sabha Elections, the Yadav community did not support the SP. The strong contenders of SP were also defeated. We thus need to think about the situation,”

Mayawati added that she was taking a break from her partnership with the SP, but it is not a permanent break. “If her party feels in future that SP Chief succeeds in his political work, we will again work together. However, if that does not happen, it will be good for us to work separately,” she said.

The BSP supremo said her ties with Akhilesh Yadav went beyond politics, however, it would be tough to ignore the political situation.

“Akhilesh Yadav and his wife Dimple Yadav have given me a lot of respect and I have also forgotten things in the past and treated them with respect. We won’t make these relations for political gain. It will continue forever,” she said. 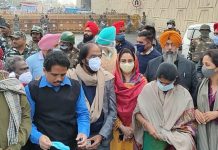