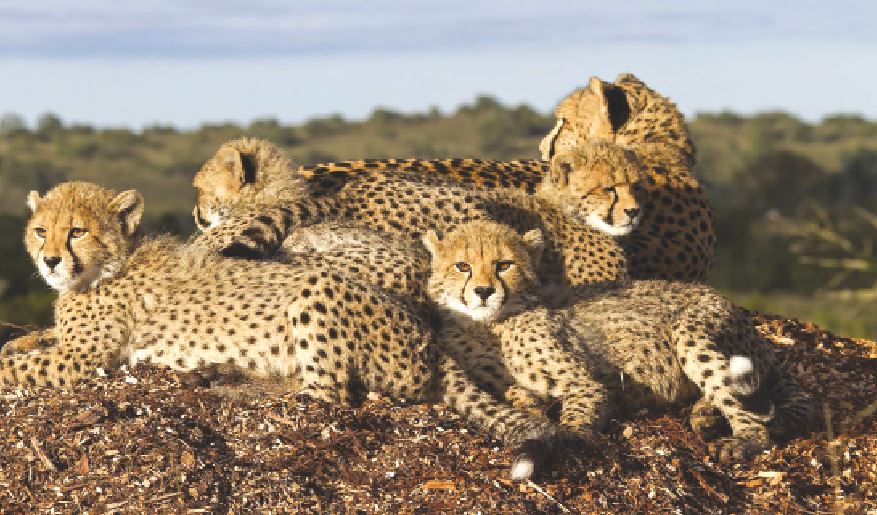 The latest new study released by the Government has found that the official leopard count has increased63 per cent from 2014-2018 and the trend continues. A report by SHVETA MISHRA

The new report “Status of Leopards Co-predators and Megaherbivores” released on July 29 by the Union Minister for Environment, Forest and Climate Change, Bhupendra Yadav claims that there were 12,852 leopards in the country. This was an increase from the 7,910 (Standard error range 6,566-9,181) leopards counted in 2014. Earlier, the Prime Minister, Narendra Modi had tweeted, “Great News! After Lions and tigers, the leopard population increases. Congratulations to all those who are working towards animal conservation. We have to keep up these efforts and ensure our animals live in safe habitats”.

The Environment Minister claimed that the report is a testimony to the fact that conservation of tigers leads to the conservation of the entire ecosystem. During all India tiger estimation 2018, leopard population was also estimated within the forested habitats in tiger occupied states of the country. The overall leopard population in the tiger range landscape of India in 2018 was estimated at 12,852.

This is a significant increase from the 2014 figure that was 7,910 in forested habitats of 18 tiger bearing states of the country. The event also showcased, the 14 Tiger Reserves in India which received the accreditation of the Global Conservation Assured Tiger Standards (CA|TS). The 14 tiger reserves which have been accredited are Manas, Kaziranga and Orang in Assam, Satpura, Kanha and Panna in Madhya Pradesh, Pench in Maharashtra, Valmiki Tiger Reserve in Bihar, Dudhwa in Uttar Pradesh,Sunderbans in West Bengal, Parambikulam in Kerala, Bandipur Tiger Reserve of Karnataka and Mudumalai and Anamalai Tiger Reserve in Tamil Nadu.

Interestingly, the report observes that among all the subspecies, Indian leopard retains the largest population size and range outside Africa. In Indian subcontinent poaching, habitat loss, depletion of natural prey and conflict are major threats to leopard populations. Leopards also frequently occur outside protected areas in human dominated landscapes, increasing their vulnerability to conflict with humans. In areas devoid of any other large
carnivore, leopards can act as an umbrella species for biodiversity conservation.

For the study, during all India tiger estimation 2018, leopard population was also estimated within the forested habitats in tiger occupied states. Other leopard occupied areas such as non forested habitats (coffee and tea plantations and other land uses from where leopards are known to occur), higher elevations in the Himalayas, arid landscapes and majority of North East landscape were not sampled and, therefore, the population estimation should be considered as minimum number of leopards in each of the landscapes.
Leopard abundance was estimated at the four major tiger conservation landscapes, Shivalik Hills and Gangetic plains, Central India and Eastern Ghats, Western Ghats and North Eastern Hills and Brahmaputra Flood Plains.

The increase in population assumes added significance because their current distribution and numbers have significantly decreased in Africa and Asia across the range due to habitat loss, prey depletion, conflict and poaching over the last century. Recent meta-analyses of leopard status and distribution suggest 48–67% range loss for the species in Africa and 83–87% in Asia. This is in consonance with what a recent genetic study in India has found where leopards have experienced a possibly human induced 75-90% population decline in the last 120-200 years. Little doubt that the species status from ‘Near Threatened’ to ‘Vulnerable’ is visible now.

How leopards are at threat can be understood that at least 10 leopard skins were seized by five persons across three districts in Odisha in the last few days by different enforcement agencies, including Odisha forest department and Special Task Force (STF) wing of the state police. Two of the skins were seized on July 21, 2021 from Boudh and Deogarh districts. The police have arrested all five accused, including a suspected poacher. In the first case, the STF personnel seized a leopard from one accused from Kapasira under Manmunda police station in Boudh district. A country-made gun and ammunition, gunpowder and other incriminating materials were also seized from him according to STF officials.

The leopard whose skin was seized is a Schedule I animal under the Wildlife Protection Act, 1972. The accused was booked under Section 51 of the Act. The seized skin will be sent to the Wildlife Institute of India, Dehradun, for a chemical examination, said Deputy Inspector General of Police, STF, Jai Narayan Pankaj. In the second case, forest department officials seized the leopard skin from Sidurakali forest road under Riamala forest range from four persons. Officials alleged the leopard was killed in a jungle in the Redhakhol forest division in Sambalpur district.

At least eight leopard skins were seized and seven wildlife smugglers arrested in M Rampur and Junagarh in Kalahandi on July 10, 2021 by a joint team from Wildlife Crime Control Bureau and forest officials of Odisha and Chhattisgarh. In the last one year, as many as 26 leopard skins have been seized from the state by enforcement wings besides the STF alone has seized 15 leopard skins. The arrests have pointed to rampant poaching of leopards. The hides of these protected animals are in demand in the international market. Most leopards are caught and killed by poachers when they venture into human habitats close to forests for prey. They are primarily hunted for their skins, bones and other parts for use in traditional medicine in the international market.

Now the new focus is to conserve nature and enumerate the number of snow leopards. The target is to double the Snow leopards population. Snow Leopard enumeration of the Nation, which is the first of its kind, has been developed by scientific experts in association with the Snow Leopard States/UTs namely, Ladakh, Jammu and Kashmir, Himachal Pradesh, Uttarakhand, Sikkim and Arunachal Pradesh. It is noteworthy to mention that Snow Leopard is found in 12 countries. They are India, Nepal, Bhutan, China, Mongolia, Russia, Pakistan, Afghanistan, Kyrgyzstan,Kazakhstan, Tajikistan and Uzbekistan. 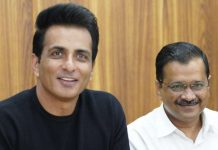