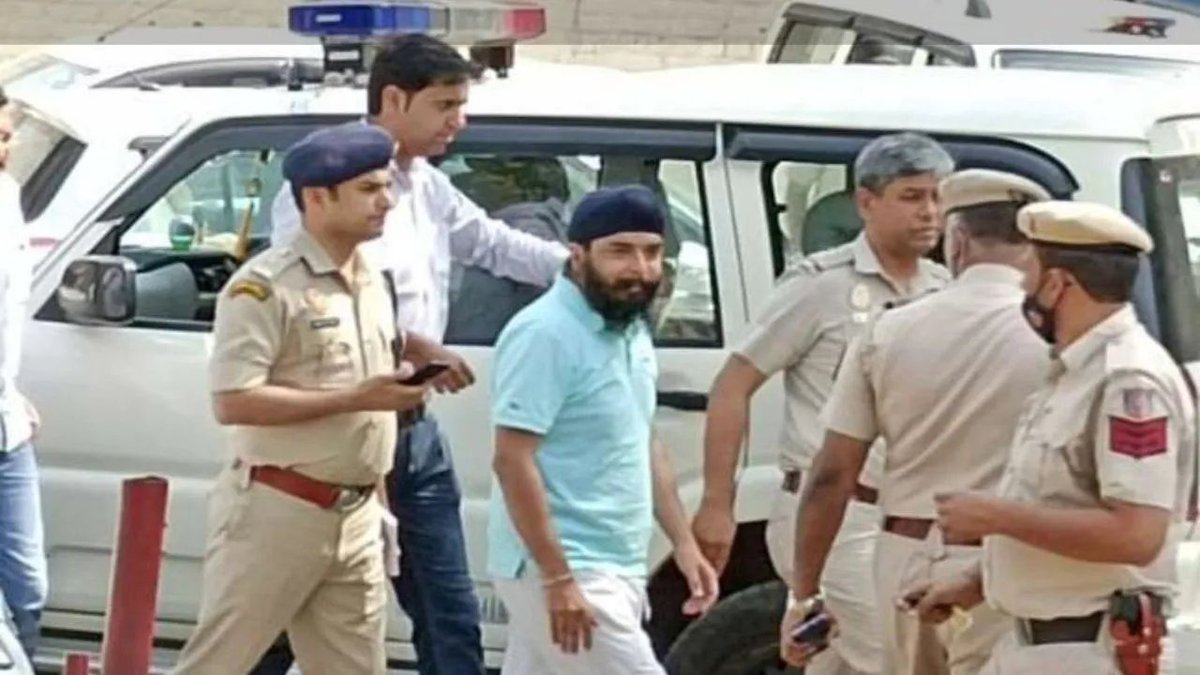 Punjab police was left with egg on its face when it was forced to forgo the custody of BJP leader Tajinder Pal Singh Bagga to Delhi police after his arrest in Delhi. Earlier, the HC stayed the arrest of poet Kumar Vishwas a criminal case registered at Ropar, reports Rajendra Khatry

The newly formed Aam Aadmi (AAP) government in Punjab was left red faced recently when the Punjab and Haryana High Court stayed the arrest of former Aam Aadmi Party (AAP) leader and poet Kumar Vishwas in a criminal case registered against him by the Punjab Police in Rupnagar on April 12.

The Punjab and Haryana High court hinted that it could not be ruled out that the FIR lodged by the Punjab Police against former AAP leader and poet Kumar Vishwas was politically motivated. With this assertion, Justice Anoop Chitkara stayed further proceedings with regard to Vishwas, including his arrest.

As if this was not enough, there was more embarrassment in store for the AAP government when Congress party’s firebrand leader Alka Lamba also appealed against the FIR lodged against her for speaking against Kejriwal.

Meanwhile Punjab police courted controversy in its action in arresting Tajinder Pal Singh Bagga, the Delhi BJP leader from his home. Bagga was booked last month after AAP leader Sunny Singh filed a complaint against him alleging that he had made provocative statements, spread rumours, and tried to create religious and communal enmity. Bagga allegedly had threatened Delhi CM Arvind Kejriwal during a protest on March 30 last. The complainant also submitted statements and video clips of Bagga to the police.

The Punjab police was on its way back with Bagga when it was accosted by the Haryana police in Kurukshetra. This led to a dramatic development involving police of three states of Punjab, Haryana and Delhi. In a high voltage drama, the BJP accused Punjab police of abducting its leader who had been vocal in his criticism of Arvind Kejriwal. Bagga was brought back to the national capital by the Delhi police which took his custody. This led to a slugfest between the BJP and the AAP leaders of Delhi and Haryana and later the matter reached the court.

Punjab police drew flak for not following proper legal procedure in arresting Bagga from another state. Punjab DGP V K Bhawra later instructed the police force not to make any such arrest in future in another state without strictly following legal procedure. The legal advice must be sought from the Advocate General in such matters.

Earlier the AAP said Bagga was arrested for allegedly stoking communal tensions in Punjab. The Punjab government moved the High Court against the detention of its police in Kurukshetra of Haryana. It is true that AAP rules both Punjab and Delhi, but the Delhi police comes under the Union Home Ministry and not the AAP ruled Delhi government.

In a reprieve for Delhi BJP leader Tajinder Pal Singh Bagga, the Punjab and Haryana High Court late Saturday night directed that no coercive step be initiated against him till May 10 after he sought a stay on the arrest warrant issued by a Mohali court earlier in the day. With BJP leader Tajinder Bagga expressing fear over his safety, the Delhi Police on Saturday said they would make necessary security arrangements for him. Punjab on Saturday moved the Punjab and Haryana HC seeking the preservation of CCTV footage of the police stations in Delhi and in Kurukshetra district.

Taking up the matter during a special hearing just before midnight, Justice Anoop Chitkara said that the order would remain in operation at least till May 10 — the date fixed by the HC for hearing Bagga’s petition for quashing the FIR against him.

Both the accused -Kumar Vishwas and Alka Lamba had been asked by the police to appear in person before a three-member Special Investigation Team at 10 am on April 26., the date for Lamba’s appearance of Lamba was postponed to April 27.

Kumar Vishwas then moved the Punjab and Haryana High Court seeking to quash the FIR registered against him for allegedly giving inflammatory statements against Delhi Chief Minister and AAP supremo Arvind Kejriwal.

Kumar Vishwas, incidentally, had been accused by the Punjab government of making provocative statements against AAP’s national convener Arvind Kejriwal. He was alleged to have done so in interviews from February 16 to February 19. Vishwas had alleged that Kejriwal had involvement with certain nefarious and anti-social elements.

Incidentally it was on April 12, when some unknown persons tried to assault Kumar Vishwas. Later the FIR was registered within two hours of receiving the complaint without even a preliminary inquiry or investigation to confirm the veracity of the allegations.

In his observation, Justice Chitkara asserted that “The penal provisions under which the petitioner stands arraigned are not prima facie made out against him. The submission that the FIR is politically motivated cannot be ruled out.”

Judge Chitkarta concluded that, “It is a fit case for this court to prevent the abuse of the process of law because the allegations made in the complaint and the investigation carried out by associating the spot witnesses do not contain any material which even remotely links the incident of April 12 with the interviews of the petitioner,”.

The Congress alleged that this was a case of vengeance by the AAP party government in Punjab. Calling it a political vendetta, the Congress accused the Punjab Police of acting at the behest of AAP leadership. It is a move by using the Punjab police to browbeat the political opponents of AAP, said the Congress leaders.

In February 2015, Lamba was elected to the Delhi Legislative Assembly from Chandni Chowk on an AAP ticket. But in September 2019 Alka Lamba quit the AAP to join back the Congress which she had served earlier for 20 years as she was disenchanted by the AAP leadership.