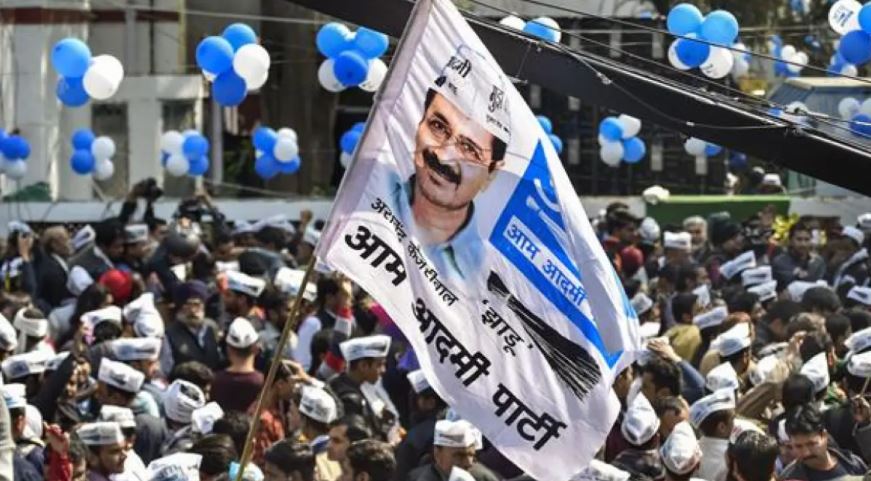 After bumper victory in Punjab elections, Aam Aadmi Party (AAP) is now preparing to move ahead towards Himachal Pradesh for November Assembly polls.

A strong anti-incumbency wave against the state ruling BJP-evident from the loss of three Assembly and one parliamentary seat in the October 2021 by polls -and the absence of the veteran Chief Minister faces may work for the party that is already ruling in two states.

Himachal Pradesh was traditionally dominated by the Congress and saw its first non-Congress chief minister, Shanta Kumar, in 1977, when the Janata Party came to the helm.

In current political scenario some rebels from both Congress and BJP have been emerging. Aam Aadmi Party is not active for the first time in the state. “It had contested the 2014 Lok Sabha elections. After big win in Punjab , AAP is hyperactive.

Himachal Pradesh is a small state where the traditional parties have deep roots and the new one is yet to establish its credibility. Former Union minister Sukh Ram was exceptional case, who had to resign as the communications minister in the Narasimha Rao government in 1996 in the wake of a financial scandal, floated the Himachal Vikas Congress (HVC) in the 1998 Assembly polls and won five seats.

In the next Assembly polls, the HVC got one seat and finally merged with the Congress.

In 2017, Sukh Ram and his son Anil Sharma joined the BJP. The list of politicians switching sides include Vijay Singh Mankotia, who quit the Congress ahead of the Assembly polls in 2007 and joined the Bahujan Samaj Party (BSP), winning a seat.

Vijay Singh Mankotia, who faced defeat, later joined the Congress. Now, he is looking for a ‘credible’ third alternative.

In 2014 some rebels from traditional parties opted for AAP to fight all four Lok Sabha seats. The leaders, who joined the AAP, were keen to contest the 2017 Assembly elections, but AAP decided not to enter the fray. In that poll, the BJP won a majority with 44 seats in the 68-member Assembly.

After winning the majority in Punjab, AAP announced new office-bearers for its expansion in nine states and announced to contest the Assembly elections in Gujarat and Himachal Pradesh this year.

AAP is launching its poll campaign on April 6,2022 from Mandi town, the home turf of Chief Minister Jai Ram Thakur to challenge the BJP.

AAP’s national convener Arvind Kejriwal and Punjab Chief Minister Bhagwant Mann will be in Mandi, also the home turf of Sukh Ram, for a road-show to mobilise the cadre. In the past few weeks, AAP has roped in 30, 000 people in its membership drive.Several leaders from both the BJP and the Congress are in touch with our leadership in Delhi. Health Minister of Delhi Satyendra Jain who is also in-charge of the Himachal Pradesh election campaign will be focus on health and education systems. AAP said.”