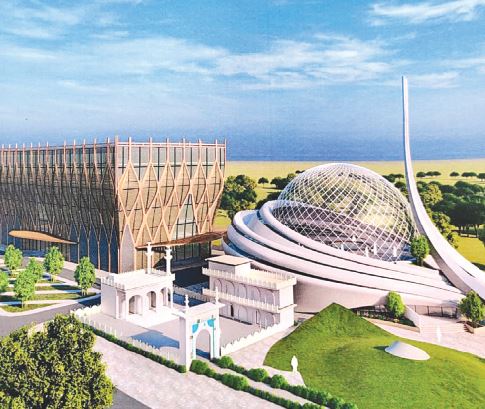 After a wait of nine months, the Indo-Islamic Cultural Foundation has finally got tax exemption for the construction of the mosque, for which the Supreme Court of India had allotted five acres in the Babri Masjid-Ramjanmabhoomi land dispute case. The Central Board of Direct Taxes had long back exempted the Ram Janambhoomi Teerth Kshetra Trust from the provisions of income tax last year itself on the grounds that the imminent Ram Janambhoomi temple in Ayodhya would be a “place of historic importance and a place of public worship”. A report by SHVETA MISHRA

The decision for tax exemption for construction of the mosque has now nine months after the Indo-Islamic Cultural Foundation (IICF), the trust overseeing the project, applied for it. The Indo-Islamic Cultural Foundation was formed with nine members and six more would be made trust members soon. The trust will supervise the construction of the mosque and the complex in Ayodhya. It is worth mentioning that the Section 80G of the Income Tax Act allows for donations made to specified relief funds and charitable organisations to be considered as deductions from the gross total income before being eligible for taxable income.

Foundation chairman Zafar Farooqui said they had applied for the tax exemption under Section 80G of the Income Tax Act on September 1 last year and the application was rejected on January 21. They reapplied on February 3 and replied to queries by March 10.  He said that the objections and queries raised by the Income Tax Department and the procedural delay impeded donations for the construction of the mosque. He alleged that in view of the delay in getting the certificate, “Contributions from abroad too remained choked. Till now, we have received 20 Lakh. We have not launched any campaign for the donations. All well-wishers have donated voluntarily”. The Trust officials said the entire project had been held up because of the delay. Along with the mosque, a hospital, an Indo-Islamic Research Centre and a community kitchen will be built on the five acres of land allotted by the state government following the Supreme Court’s orders. The research centre will also comprise a library and a museum.

Athar Hussain, secretary of the trust, said they have received the certificate approving it now but added, “We will never have a campaign to collect funds. It will be in the public domain that we are building a mosque along with other amenities. Those who want to donate can do so, but there won’t be a campaign. We already have a commitment from some people — in India and abroad for donations.” It is learnt that the belief, which was constituted following the Supreme Court’s Ayodhya verdict, was starved of funds with out Section 80G certification that exempts tax for donations to charitable establishments. Objections and queries raised by the I-T department and procedural delay impeded donations for construction of the mosque-hospital complex. Contributions from abroad too were choked in the absence of Foreign Contribution Regulation Act (FCRA) nod, which makes Section 80G a mandatory prerequisite. Eventually, the IICF sent a request to the Finance Ministry to intervene on non-issuance of tax exemption.

Armed with the Tax exemption certificate, the Indo-Islamic Cultural Foundation has submitted to the Ayodhya Development Authority the building plan of the mosque, which will be constructed at Ayodhya’s Dhannipur village. Under the project, a 300-bed super-specialty hospital, a community kitchen and a research centre to highlight the Muslim’s contribution in nation building will also be constructed. The mosque trust constituted by the Sunni Waqf Board, has released bank details for donations from a large cross-section of people, including non-Muslims for constructing a mosque, hospital, community kitchen and library on the five-acre land in the Dhannipur village in lieu of the Babri mosque. The trust, Indo Islamic Cultural Foundation, has opened two current accounts in two leading private sector banks at branches in Hewett Road and Vibhuti Khand, Gomti Nagar.

Trust secretary, Athar Hussain, said, “We will accept donations from all communities to make the Dhannipur complex a unique example of communal harmony and a centre of healing, teaching and preaching.” He said. “We have decided to create a website and portal of the Trust with a gateway to receive donations as we are receiving numerous calls from those willing to donate,” Funds for the Dhannipur complex will be raised from donations from all communities, he said. In fact, “a Member of Parliament from Assam, Abdul Khalique, has offered to donate and we are receiving messages from the Muslims and Hindus, who are eager to provide funds for the mosque and other facilities,” he added.

The Shri Ram Janmabhoomi Teerth Kshetra Trust that is overseeing Ram temple construction, has already set up bank accounts for donations for the temple construction. The CBDT had notified the benefits for the Trust last year under Section 80G of IT Act on the grounds that the Ram temple is of historical importance. Officials maintained that “Shree Ramjanmabhhomi Teertha Kshetra Trust had made a request before the CBDT for the 80G income tax deduction benefits, and it was granted as per the provisions of the law, which are availed by a number of similar Trusts, including charitable and relief institutions’’.

The Ram Janambhoomi Teerth Kshetra Trust has been created for the construction of the Ram temple in Ayodhya. The 15-member trust was constituted by the Modi government, after the Supreme Court’s verdict on November 9 settled the Ram Janmabhoomi-Babri Masjid case. The trust had chosen Nitya Gopal Das as its president while Prime Minister Narendra Modi’s former principal secretary Nripendra Misra has been appointed to head the temple construction committee of the Ram Janmabhoomi Mandir in Ayodhya.

The decision to build the temple was taken in view of the Supreme Court verdict that directed the government to form the trust within three months and give five acres of land to the Sunni Central Waqf Board. The landmark verdict of the Supreme Court in the Ram Janmabhoomi-Babri Masjid case was delivered on November 9 last year. It had ordered the Government to create a trust to build the Ram Mandir and form a Board of Trustees within three months. The Court ruled that the Demolition of the Babri Masjid and the 1949 desecration of the Babri Masjid was in violation of law. 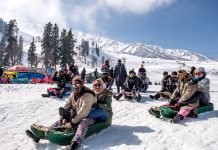