New Delhi: Parents dropping off their children to school buses with mixed emotions, ensuring that they were carrying sanitizer bottles and well-decorated schools  these were the scenes in Delhi-NCR as institutions resumed offline classes from Friday after a gap of more than two years.

Sudha Acharya, chairperson of the National Progressive Schools’ Conference (NPSC), which has over 120 private schools as its members, said that students were eagerly awaiting this day.

“It is after two years that schools are re-reopening and students were excited to get back to school. “Teachers had prepared special performances for students and it’s like a festival today. Yesterday, we held a farewell for Class 12 students and they were very happy. At 11 am, we will tune in for the prime minister’s Pariksha Pe Charcha,” she said.

Rashmi Dixit  said the first day was slightly chaotic, especially for the parents, as some school buses were running late and they received multiple messages about the delay. “I have to leave for office by 7.30 am and we were expecting the bus to arrive by 7 am, but it was delayed by almost 30 minutes. I ended up getting late to work,” she said.

Schools in the national capital were closed in March 2020 ahead of a nationwide lockdown to contain the spread of the novel coronavirus. While they reopened in phases, hybrid mode of classes — online and offline  became the popular approach and students were allowed to attend classes in schools only with their parents’ consent. 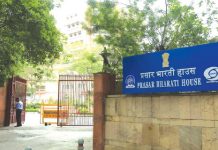 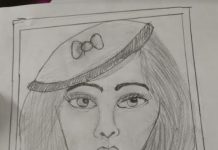