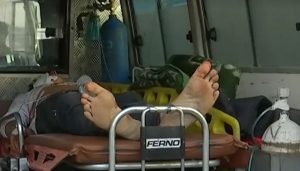 At least 48 people were killed on Wednesday, in a suicide blast at Shiite dominated area of Kabul.

An educational centre in the west of Afghan was targeted by a suicide bomber, where teenagers were studying for a university entrance examination. The blast killed dozens of youth and injured at least 67 students.

Victims were rushed to various hospitals in Kabul. No terrorist group so far had claimed responsibility for the attack.

Earlier on Wednesday, at least nine policemen and 35 soldiers were killed in an attack in Afghanistan’s northern province of Baghlan.

In July month, around 23 people were killed and more than 100 were injured in a suicide bombing at the main airport entrance in Afghanistan’s capital Kabul.