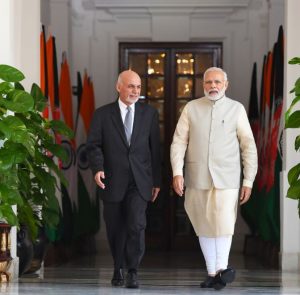 President Ghani was received by Minister for Housing and Urban Affairs Hardeep Singh Puri at the airport.

Regional security, including the possibility of peace talks with Taliban, trade and India’s development work in Afghanistan are among the issues that will be discussed during President Ghani’s one day visit.

Both leaders are also expected to review the progress made on the infrastructure work being done in Afghanistan by India.

India Foundation is scheduled to hold a civic reception in President Ghani’s honour.

Foreign secretary Vijay Gokhale had last week travelled to Kabul to chair a meeting of the joint working group on political and security cooperation between India and Afghanistan. He had also attended trilateral talks involving Iran.

External Minister of Affairs Spokesperson Raveesh Kumar tweeted, “A strategic partnership since 2011 that has gone from strength to strength! President of Afghanistan, @ashrafghani warmly welcomed by Minister of State Housing and Urban Development @HardeepSPuri upon his arrival in Delhi.” 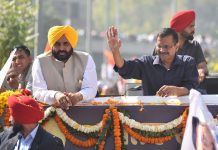