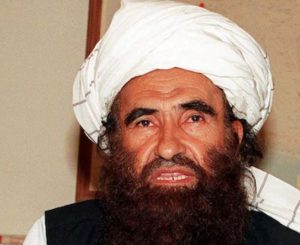 Afghan Taliban on September 4 announced that Jalaluddin Haqqani, the founder of the Haqqani network, died after a long illness.

According to US media reports Haqqani was reportedly ill for a long period of time. He was a member of Quetta Shura, a terrorist organisation comprising Afghan Taliban leaders, who are believed to be based in Balochistan.

He was an Afghan mujahideen commander fighting the Soviet occupation of Afghanistan in the 1980s.

Taliban spokesman Zabihullah Mujahid claimed that Haqqani was an instrumental figure in keeping the Taliban together following the death of Mullah Omar, former Afghan Taliban leader.

Jalaluddin “was from among the great distinguished Jihadi personalities of this era,” the Taliban said in the English version of its statement posted on Twitter.

In recent years Jalaluddin network of fighters was allied to the Taliban and considered the deadliest threat to American troops in Afghanistan.

Haqqani also held ministerial position in the Afghan Taliban’s government, which ruled Afghanistan before the US invasion in 2002 that followed the September 2001 attacks on the World Trade Center and Pentagon.