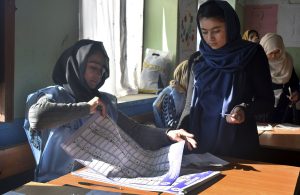 It is not official, yet most of us are not unaware of the shadow of the drug trafficking on any peace talk in the region comprising the north-west frontier districts of Pakistan and Afghanistan. Both the Afghan Talibans and Pakistan’s secret service, the Inter-Services Intelligence (ISI) is known to have common stakes in this business. This worldwide illicit trade has international connections and ramifications.

India too is not insulated from this nefarious drug trafficking. It has already adversely affected the youths of the Indian side of Punjab having its patrons in the state politics. Many attribute its penetration to the growing crimes and even the Islamic zealots’ intrusion into the Pathankot cantonment. Across the border, in the neighbouring Pakistan, it is believed to be one of the key perennial sources for the liberal funding to the Islamic terrorists. In this backdrop it is quite natural to harbor the apprehensions about the outcome of the ongoing US-Afghan Talibans secret peace talks in Doha.

In spite of the much opposition from Pakistan, the newly appointed US ambassador, Dr. Zalmay Khalilzad, a weather-beaten diplomat of Afghan origin, is leading the talks. For many, Khalilzad’s presence has diluted the Pakistani role in the talks, but it may prove beneficial to it in the longer run to ensure peace.

The initial success of the direct talks between the US representative and the Taliban leaders representing the “Islamic Emirate Afghanistan” could be appreciated on the basis of the success of the elections to the lower house of the Afghanistan parliament, Wolesi Jirga, on Saturday,October 20 this year. In spite of their initial opposition to the elections, Talibans did not sabotage it. Both the Afghan Talibans and the government in Kabul have declined to give any role to the Russians. The President, Putin’s initiative to broker peace in the strife-torn country have been politely declined by both sides.

The Talibans’ preference for US could be traced to its inception in nineties, when the US and its allies had poured in vast funds to Pakistan under its military dictator, Zia-ul-Haq. Zia religiously toed the West’s line in turning Pakistan into a nursery of terrorists, which helped in expelling Russians from Afghnaistan.  The Islamic terrorism helped the West to chase out Russssian republics too. In this context, USA and Talibans are natural allies. The paradigm changed following the terrorists attack on the twin towers in New York, when on the morning of September 11, 2001, Afghanistan-based al-Qaeda hijackers rammed two Boeing 767 passenger jets in the massive buildings. Within minutes, the towers collapsed killing more than 2,600 people in and within the vicinity of the towers, as well as all 157 on board the two aircraft.

Thus, the allies turned against each other. Almost after a gap of 17 years, the talks have begun between the US representative and the Talibans. During this period, the Afghan farmers have evolved their own flourishing economy through the drug business. An illiterate Afghan farmer, who could be a local Taliban commander, earns a million dollar a month from this business, what would he earn if peace returns in the country. This key question haunts both the sides. However, the optimism may be attributed to the statement of the Taliban’s spokesman, Ali Haj Sher Muhammad Abbas Stanikzai, who hopes that US accepts the “ground realities of Afghanistan and deals with the core issues.” Earlier, Alice Wells, the State Department deputy assistant secretary for South and Central Asia, had met Taliban officials in Doha in July for what were described as talks about talks.

The indications from the White House are that the Trump administration does not suffer from any ideological embarrassment in dealing with the Talibans. It may have little hesitation in having a much pronounced dictatorial Islamic regime in Kabul provided it serves its strategic interests in the region. An op-ed document appeared on September 5, 2018, in the New York Times, written by an insider of the Trump administration has revealed, “In public and in private, President Trump shows a preference for autocrats and dictators, such as President Vladimir Putin of Russia and North Korea’s leader, Kim Jong-un, and displays little genuine appreciation for the ties that bind us to allied, like-minded nations”. The author’s name is not known, but this precious document reveals the direction, the Trump administration is likely to adopt in coming times. In other words, Trump administration may concede power to the Talibans in Afghanistan, but they must reciprocate to the US gesture by aligning with it.

Enthusiasm among the new generation of Afghanistan was quite visible. In spite of some violent incidents, which shook Kandhar and Ghazni, nearly forty lakh voters exercised their choices for 250 seats in Parliament. As many as 2500 candidates were in the election fray. Amidst them were a large number of young men and women. A 26-year-old former journalist, Maryam Samaa and news presenter of the Tolo TV, too is a candidate for a parliamentary seat in Kabul. Samaa is being quoted in media that she decided to run because there are few “actual representatives of the people” in the current parliament, which has become a home for competing “mafia networks.” During the two-day polling, a large number of voters exercised their franchise in 32 of the nation’s 34 provinces. The poll authorities are confident of conducting elections within this month in the southern province of Kandahar, which faced bomb attacks killing its police chief General Abdul Raziq. The incident took place just two days before the polls and many blame Talibans for this violence. The eastern province, Gazhni, too has faced violence.

Pakistan’s growing disillusionment with the West is much more pronounced following the elevation of Imran Khan to the office of the prime minister. He could neither be as cunning as Zia-ul-Haq to enjoy US funds under the pretext of ousting Russians from Afghanistan nor take a prompt decision to side with the US in the war against terrorism like Musharrraf following the collapse of the twin towers. He is only receiving sermons from the US, “do more”. For Pakistan, the challenge remains the same: helping the US to achieve peace and stability in  Afghanistan while hobnobbing with the Islamic zealots and militants. However, it is becoming increasingly clear to the new government in Pakistan that the Afghanistan conflict may not be able to generate flow of funds for the Pakistani army as a continuous source of revenue and enjoy love from the West and quietly teaming up  with Russians and Chinese simultaneously. Khalilzad’s current 11-day trip takes him to Afghanistan, Pakistan, the United Arab Emirates, Qatar and Saudi Arabia., which is expected to change the great game of the region.

The public posture of the Taliban officials has been the withdrawal of American forces as a pre-condition for peace talks. However, indications are that they would be able to work out a via media. A sizeable US presence may continue even Talibans joining the government. Meanwhile, the US-bashing is in full swing in the Pakistani media. Some old newspapers are being quoted that there has been US conspiracy in the assassination of the country’s first Prime Minister, Liaqat Ali Khan to army dictator, General Zia’s plane crash. It is being asserted that Khan had demanded that USA must vacate air bases in Pakistan upon which the then US president, Harry s. Truman had reportedly threatened him with dire consequences. For eliminating Khan, an assassin was hired in Afghanistan. In case of the Zia’s plane crash, Gulam Ishaq Khan, the leader of the Senate, who under the then Pakistani Constitution had assumed power, said that ‘’sabotage cannot be ruled out’’ in the explosion. The Pakistani leadership comprising its armed forces must realize that era of rhetoric is over. The noises against the US and India in Pakistan are being done under the instructions of the ruling elite.

Afghanistan needs a multilateral approach to wade through the complicated situation in the country. It is possible that the Taliban themselves too have realized the limitations of violence. The ongoing talks have given them a potential window for a peace deal, backed by regional and international powers, comprising the US, China, Russia, Pakistan, India, Iran, Saudi Arabia and Turkey. A steady approach and common-sense diplomacy may prevail this time giving a lead to the US, while other regional powers may help in restoring peace and prosperity in this land of brave people. 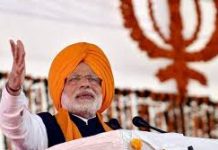