​In a case related to the ​bogus ​godman Virender Dev Dixit case, the ​Delhi High ​Court on February 8 has given order to ​Dixit and his ashram to allow ​the ​parents to meet the​ir girls and women ​illegally confined in all​ the centers.
The meeting should be facilitated with the permission from SHOs of the concerned areas, the court has directed.
​
​The Acting Chief Justice, Geeta Mittal also directed the ashram to “prohibit from using the expression ​​​​ViswaVidyalaya in the ​​institution’s name” in any manner as it doesn’t comply with the ​norms of UGC Act 1956.
The UGC, in its letter to the ashram, had objected the use of ​”ViswaVidyalaya” in ​Adhyatmik Vishwa Vidyalaya on January 29. ​
“The institute has been propagating itself as a ​ViswaVidyalaya, attracting large number of people. Several allegations related to irregularities in the ashram have also surfaced which is being investigated by the CBI,” said the court.
The next date of hearing is due on March 15. 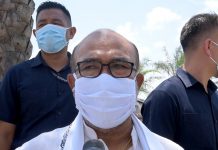 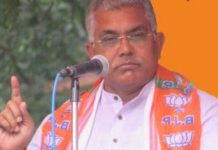