After 24 years of long deliberations on the Vizhinjam port, the Kerala government  decided to award the construction of the multi-crore Vizhinjam port project to Adani Ports and Special Economic Zone (APSEZ) on PPP model. The meeting has approved the high power committee’s recommendation in the regard. However, an official announcement will be made only after consulting with the Election Commission in the wake of the Aruvikkara by-poll. Cabinet has also decided to hand over the letter of award to Adani, soon. The appointment of a special nodal officer for the formation of a special purpose vehicle in the conduct of the port, will be formed, after the project is officially announced. The project is slated to start in September, after completing the preliminary procedures. Adani Group was the lone bidder for the project that has remained as a non-starter for a want of bidders, for all these years.
The nod of the cabinet has come at a time when the CPM led opposition is raising allegations of corruption on the state government’s hasty manner to award the contract to Adani. This forced the Chief Minister, Oommen Chandy, to convene an all-party meeting on June 3, which went fruitless as the LDF opposed the move of the government to award it to Adani on PPP model. After the meeting, Chandy said that the state government would go with the project, at any cost. The government is of the opinion that if not now, the project will never come up.
Adani Ports and Special Economic Zone, considered to be the biggest private port operating firm in the county had submitted the bid and sought 1,635 Crore as grant for the proposed Rs 7,525 crore  Vizhinjam port project. In the first phase, the Adani group will be investing 4253.2 crores including the grant of Rs 817.2 crores the company will get from the Government. The Government of India has cleared the Viability Gap Funding for the project and through this the Adani group will get around 800 crore and Rs 600 as the share of the state government. According to the agreed terms, the port will be operated solely by the Adanis, who will invest only 32.6% of the total project cost, while the Government of Kerala which will be investing about 56.5%, will have to wait for 60 years to get any share of the profit.
Initially, five major private companies, including Gammon Infrastructure Projects, the Hyundai-Concast consortium, Essar Ports, Adani Ports and consortium of SREI and Spanish firm OHL, had expressed interest in the project. But many of them either backed out or were denied the bid, due to security or other feasibility reasons. However, when the five-time extended deadline for submitting the final bid for the project ended on April 24, Ahmadabad based Adani ports emerged as the sole bidder.
The empowered committee headed by the Chief Secretary Jiji Thompson, decided to recommend the lone bid to the board of Vizhinjam International Seaport Limited (VISL), for the special purpose vehicle set up, to execute the project. The empowered committee noted that the global bidding process procedures followed the Central Vigilance Commission (CVC) guidelines, before the bid was approved.
Vizhinjam port once completed, is expected to dock ships with a capacity to handle even 18,000 TEU (20 feet equivalent units). The project is proposed to come up on about 140 hectares of land. The Vizhinjam project got environmental clearance in 2013. 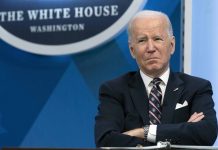