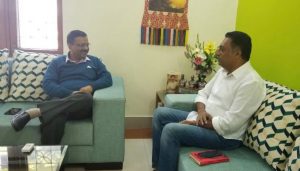 The two discussed number of issues at the meeting held at Kejriwal’s residence.

“Met delhi CM @ArvindKejriwal thanked him and @AamAadmiParty for the support in my political journey. Discussed and requested to share various ways to address issues which his team has commendably done,” Prakash Raj tweeted.

After Prakash Raj made an official announcement about his political entry, several leaders from political parties extended support to his decision including Delhi AAP.

The Actor has been meeting politicians since he announced his decision to contest from Bengaluru Central constituency. 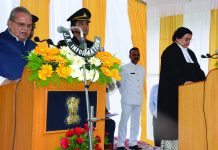 Governor’s appointment triggers a sense of déjà vu in Kashmir