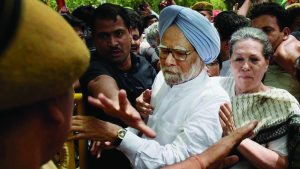 When actor Anupam Kher opined that “people will fall in love with the former prime minister, Dr. Manmohan Singh after watching the movie The Accidental Prime Minister”, I took his statement with a pinch of salt. After all, a film that has generated so much heat in the political circles ahead of 2019 general election and led Congress party to raise a lot of hues and cry, how could its protagonist be loved after watching the movie.

Indeed, we all love Dr Manmohan Singh for his erudition, for his impeccable political career and his honesty. Freedom of thought and expression is guaranteed as a fundamental right under our Constitution and all people including Bollywood actors have no right under Constitutional to malign the personality of any individual or in this case the former Prime Minister. In the film released on January 11, 2019, Dr. Manmohan Singh played by actor Anupam Kher, is depicted as the accidental prime minister. Singh has played his two innings very well, honestly without any blemish on his personality. He managed the economy and the country well and had governed honestly.

Kher himself commented that there’s a thin line between caricature and real, describing his portrayal of former premier Manmohan Singh in The Accidental Prime Minister as his “proudest role” yet. The former prime minister will create a space for himself in the hearts of the people of India after the film, based on Singh’s former media advisor Sanjaya Baru’s 2014 book of the same name, Kher said.

The film found itself at the centre of political controversy with the BJP sharing the trailer on its official Twitter handle, terming it a “riveting tale of how a family held the country to ransom for 10 long years”. The Congress said it was BJP’s “propaganda” ahead of the 2019 general elections. The Maharashtra Youth Congress initially asked that the film is shown to them before the release but withdrew the demand with the party saying they were not seeking a ban on its release.

“Certain sections of the Congress party are like ‘this is not be taken seriously’ and we have made fun of him (Singh) in the film. I feel, after this film, he (Singh) will get inside every household and the hearts of the people of India,” Kher said. “I was expecting (controversies). My logical point is, the Congress party should have sued Sanjaya Baru and the book should have been banned. It has been in the public domain for four years. The rights have been taken,” he added. Kher observed that he is happy with the appreciation coming his way for his portrayal of the former PM.

“There is a thin line between caricature and real. I became obsessed and put my life into it. I feel on top of the world. The biggest compliment an actor can get is when people say I am just like him. I have worked very hard for about seven-eight months to get that result,” he said. “Singh doesn’t change his expressions and in the film, I had to convey hurt, anger, dejection, loneliness on screen. I believe, the more difficult you make your job, the more rewarding it will be,” he added.

The film features Akshaye Khanna as Sanjaya Baru. The film is directed by Vijay Ratnakar Guttee, and is a biographical political drama presented by Rudra production (U.K) Bohra bros in association with Dr. Janyantilal Gada (pen India ltd). It is written by Mayank Tiwari. The controversial movie stars Anupum Kher and Akshay Kumar as the protagonists.

The film Accidental Prime Minister has evoked a major political storm and controversy as Congress and other opposition parties as expected have criticized the film and its timing. However, the BJP has appreciated the film calling it as the real demonstration of the fact that the country was held to ransom by Gandhi family for ten long years. Is there an agenda to defame and malign Congress before 2019 general elections and cash in on this film which portrays Ex-Prime Minister Manmohan Singh and the then Congress president Sonia Gandhi in a bad light, while making the then PM an object of ridicule as a mere ‘puppet’?

Any person who has a reasonable understanding of the film can differentiate between genuine film product and an agenda driven stuff. People are free to see the film and make their judgment. The Accidental Prime Minister film is based on the controversial book of the same name (Accidental Prime Minister: Making and unmaking of Manmohan Singh) written by Sanjaya Baru political analyst who served as the media advisor to Dr Manmohan Singh from 2004 to 2008. The political drama has Anupum Kher in the lead role. While the memoir on which film is based on, alleges that Manmohan Singh was not entirely in control of his powers as most of it was wielded by the then Congress President Sonia Gandhi.

Sanjaya Baru feels that world for Sardar turned upside down after in the second tenure of Manmohan Singh after 2009. The Prime Minister was bumped with a lot of difficulties and a puppet like a term was attached to this name by the media. In the second term, the author of the Accidental Prime Minister book Sanjay Baru has written that Singh had threatened to resign; he sealed the Indo-US nuclear deal and got his way but felt helpless against the charges of corruption in his second tenure.

Manmohan Singh was an honest and clean Prime Minister without any corruption charges against his personality and the countrymen know it well, notwithstanding this film.

The writer of the controversial book on which the film is based was released on the eve of the general elections of 2014 named — Accidental Prime Minister: Making and unmaking of Manmohan Singh alleges that Prime Minister Manmohan Singh was not involved in important decisions and his faithfulness to Gandhi family remained unrewarded.

Randeep Surajewale of Congress said, “When the official handle of the largest ruling party of India promotes a film, what do you call it?”

The Indian economy performed extremely well during the first tenure of Manmohan Singh. The country achieved a growth rate close to 10 percent for much of his term. Even during the global financial crisis, the Indian economy did better than many other countries. He inked Indo-US nuclear deal amid criticism from its ally CPIM.  One indeed falls in love with the former Prime Minister, Dr.Manmohan Singh after watching the movie.

After watching the movie, the design behind release of this movie before the crucial elections becomes clear. In fact, the first time director Vijay Gutte’s attempt to adapt Sanjaya Baru’s The Accidental Prime Minister appears far more malicious than informative.  Gutte’s film lampoons the Gandhi family in unfair caricature while making out politicos like Ahmed Patel (Vipin Sharma) and Prithviraj Chouhan (Ramesh Bhatkar) look like sneaky players. Neither Baru nor Gutte manage to substantiate their impressions with fact.

The allegation that Manmohan  Singh was merely warming the throne for PM in waiting, Rahul Gandhi, for 10 years on-the-trot, is so fallacious that it puts into question the entire electoral system, intelligence of the Indian people, as well as conjures up a Congress party as a behemoth with all-pervasive power over the masses. The film also lays the blame for corruption on Sonia and Rahul’s doorstep when it was in fact the UPA allies who were actually caught in the crosshairs of notional loss-making by CAG. The truth as we know it today is way different from what we were persuaded to believe then. Gutte’s film basically panders to an anti-Gandhi family narrative while portraying Sonia (Suzanne Bernett), Rahul (Arjun Mathur) and Manmohan Singh (Anupam Kher) in derogatory light.

The writing is perverse while the narrative fails to find cohesive entreaty. Gutte’s selective use of stock TV footage to buttress the negative implications here makes for a terribly biased perspective. This is certainly not cinema, it’s propaganda of the worst kind!

Indeed there is nothing accidental about the movie “The Accidental Prime Minister” and there seems a clever method in madness. 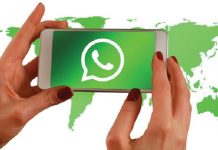