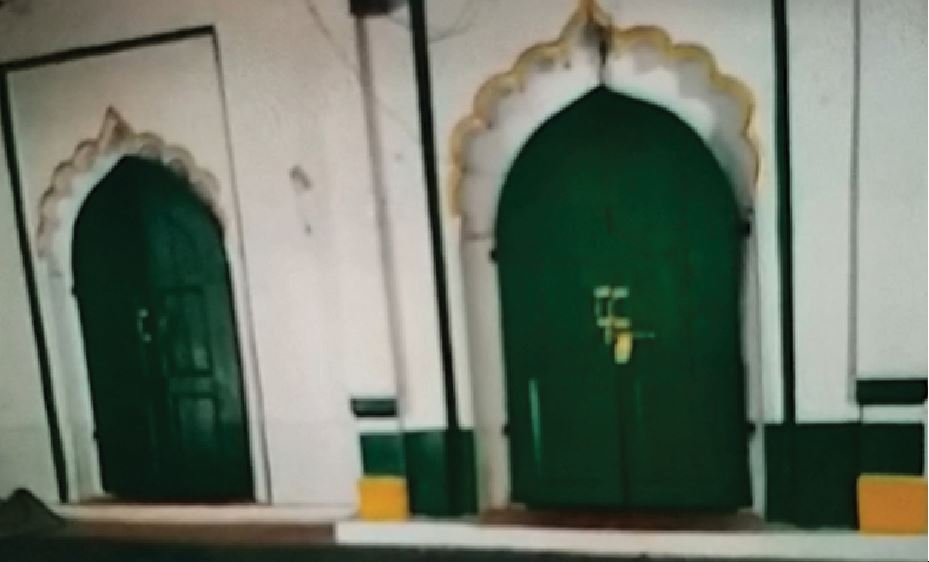 The Lucknow Bench of Allahabad High court issued notice to a young overzealous IAS officer of 2017 batch, Divyanshu Patel, for his alleged malicious role in the unlawful demolition of a mosque at Ram Sanehi Ghat in Barabanki district, exercising arbitrary powers without jurisdiction and beyond the scope of proceedings conducted under Section 133 of Code of Criminal Procedure,1973. The action of the IAS officer designed at crushing religious rights of Muslim community came to severe criticism from political and social sections, who accused him for fanning communal polarisation in most sensitive volatile areas adjoining temple town, Ayodhya.

TEHELKA had carried a detailed report (June 15, 2021 issue) about late-night bulldozing of this mosque on May 17th by the overcharged administration of Barabanki district in Uttar Pradesh in utter disregard to law and judicious norms. The Bhartiya Janata Party led Uttar Pradesh Yogi Adityanath government faced global criticism in the media over hasty unlawful demolition of a mosque under the garb of removing roadside religious structure in compliance of High Court orders of 2016.

Seeking restoration of the mosque on the site and certain other reliefs including appropriate action against IAS officer and compensation of 25 lakhs from the state, The Uttar Pradesh Sunni Central Waqf Board and Hasmat Ali and others filed two separate writ petitions challenging malafides against the then Joint Magistrate/Sub Divisional Magistrate, (SDM) Divyanshu Patel. Patel was shifted to a better post of Chief Development Officer Unnao soon after citizens outburst against his action gained ground. The petitioners also arrayed State of Uttar Pradesh, District Magistrate, Barabanki, SDM and Tehsildar Ram Sanehi Ghat and Committee of management of Waqf 198/4810 through its chairman Mushtaq Ali.

Both the writ petitions challenged the orders passed by the Sub-Divisional Magistrate, Tehsil- Ram Sanehi Ghat, District- Barabanki and action taken in pursuance thereof in proceedings under Section 133 Cr.P.C by which, as alleged, a mosque which was existing on Plot no. 776, 777, 841 and 842 of Village- Banikodar, Tehsil- Ram Sanehi Ghat, district Barabanki for the past 100 years and where people of the area professing and practicing Islam used to offer Namaz has been demolished. It is also said that in addition to the mosque there were certain other constructions, all of which have been demolished. 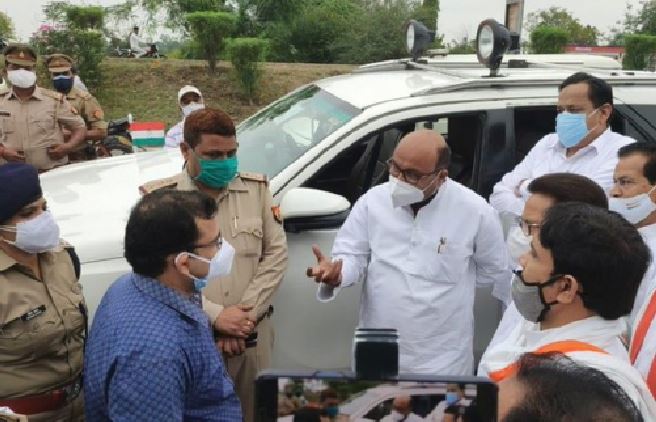 The Bench comprising Justice Rajan Roy and Justice Saurabh Lavania held virtual hearing of the petition through video appearance of senior counsels for petitioner JN Mathur assisted by Syed Aftab Ahmad, who drafted the petition for the Waqf Board. The petitioners raised various questions as to the scope and exercise of power under Section 133 Cr.P.C. including malafide exercise of power by the then Sub-Divisional Magistrate who used to reside just across the ‘Masjid’ and had certain complaints with regard to the ‘azaan’ being called from the loudspeaker. Further, in fact was  redressed and the use of loudspeakers was discontinued but this did not satisfy the said officer who abused the power vested in him by passing arbitrary orders under Section 133 Cr.P.C. in exercise of the jurisdiction vested in him and he ensured demolition of mosque in gross abuse of law.

Mathur argued that while doing so the officer concerned not only dwelt on the question of title of the land over which the Mosque existed but also on validity of the registration of the mosque etc. as Waqf under the relevant Waqf Act which in fact he did not have jurisdiction to do in proceedings  under 133 Cr.P.C. He submitted that questions of title and possession cannot be decided in such proceedings under Section 133 Cr.P.C. The allegation is that the entire exercise of power was actuated by personal malice of the officer who had a personal axe to grind.

It is said that the officer even went to the extent of changing the order initially passed by him on 03.04.2021, as, on a bare perusal of the contents thereof wherein there was a reference to the proceedings held on 09.04.2021, it was apparently ante-dated and realizing this error he made changes in the said order and passed another order on 12.04.2021 in an attempt to justify his action whereas in fact the said orders were passed without any opportunity of hearing to the concerned Committee of Management of the mosque. Not only this, the officer went to the extent of uploading the said order which in fact had been passed under the provisions of Cr.P.C. on the website of the Board of Revenue where only the orders passed by the Revenue Courts are uploaded.

The petitioners alleged that the senior authorities were mute spectators to the gross abuse of power and violation of rule of law by the said officer. The entire exercise according to the petitioners has hurt the sentiments of a large section of society including the petitioners and there is grave discontent at such abuse of power. The Waqf Board counsel referred Section 32 of the Waqf Act, 1995 to establish the locus of the petitioner U.P. Sunni Central Waqf Board to maintain its petition. He further contended that the Committee of Management of the concerned Waqf has been arrayed as opposite party no. 6 i.e., a proforma opposite party, as, its members are so petrified by the display of power by the concerned authorities that they do not have the courage to approach the Court.

Narrating the statutory scheme it was submitted that no doubt that against an order passed under Section 133 Cr.P.C. a revision lies under Cr.P.C. but considering the blatant misuse and abuse of power by the authority concerned that too for malafide reasons and the manner in which the constitutional scheme and rule of law has been violated, raises important questions touching upon the exercise of such power by State authorities violating valuable rights including constitutional rights of the citizens, therefore, this writ petition has been filed. 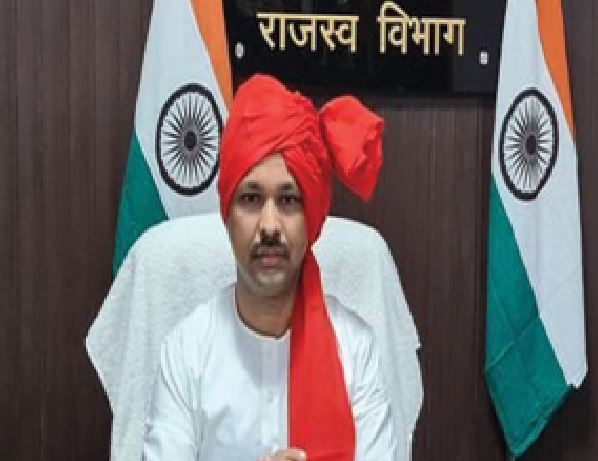 The plea added that senior authorities have also turned a blind eye to the arbitrary actions. He also explained that not only the mosque etc. have been demolished but its bricks which were proof of the time when the mosque had been constructed had been thrown in the river on the directions of the aforesaid officer. Moreover, the said plots of land have been declared as a park. He further contended that the impugned action was also in defiance of the order dated 24.04.2021 passed by a Division Bench of this Court in PIL no. 504 of 2020, in re: State of U.P.

Shri Yusuf Muchhala learned Senior Counsel appearing in the connected petition submitted that they used to  offer Namaz at the mosque that has been demolished and their fundamental right to worship has been infringed, therefore they have locus to challenge action of the authorities. All India Muslim Personal Law Board has been created to safeguard the rights of the Muslims so it has locus standi in view of the apex court judgement in S.R. Bommai vs Union of India.

Placing reliance on above citation, he contended that the impugned action has larger ramifications with regard to abuse of law and malafide exercise by State authorities in complete disregard of the constitutional spirit thereby violating valuable rights of the petitioners. He submitted that the matter was beyond the scope of exercise of power under Section 133 Cr.P.C., yet, the officer, only to satisfy his personal ego and out of malice, not only proceeded under the said provision unjustifiably and illegally but ensured that the mosque is demolished. “There is no place for personal ego’s, whims and fancies in a country governed by rule of law. Such actions by State authorities hurt sentiments of the citizens including the petitioners who are affected by it and lead to a feeling of helplessness and alienation,” he argued.

The Bench posed query, “as to what was the nature or category of land on which the Mosque, as alleged, existed; who was its owner?” In this regard Shri Mathur invited our attention to certain consolidation records of 1960’s wherein said land is mentioned as ‘Abadi’ though Masjid is also mentioned therein.

On being further asked by the Bench, “as to how the Mosque was constructed on Abadi land?” Shri Mathur submitted that it had been constructed 100 years ago, however, he was unable, as of now, to show any documentary proof in this regard to justify the same, whether of the period prior to the date of vesting as per the UPZALR Act, 1950 such as Revenue Records of 1356 F or thereafter (Revenue Records of 1359 F, Basic year Khatauni of Consolidation) or for that matter any other document.

Additional C.S.C. H.P. Srivastava had raised an objection with regard to the locus of the petitioners at the beginning of the hearing and the petitioners persuaded the court to entertain the petitions and issuing notices seeking counter affidavit within three weeks and allowing one week for filing rejoinder affidavit. The matter would be heard as fresh on 23rd July for further hearing.

The High Court agreed to examine important questions inter alia as to the existence of a Mosque on public utility land, if it is so, as also, with regard to exercise of power by State authorities under Section 133 Cr.P.C. and other related provisions, its scope, especially the allegations of malafide exercise of power and the manner in which it has been done, as alleged by the petitioners.

The Muslim scholars and leaders must be credited for maintaining peace and harmony despite unwanted provocation hurting their feelings and religious rights to offer Namaz in the demolished mosque. They went to court for restoration of their fundamental rights to go to a place of their choice for worship without indulging into any efforts aimed at communal frenzy. 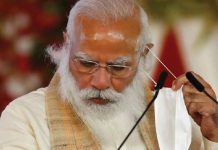