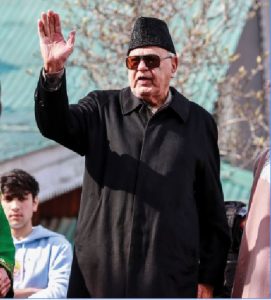 Nobody had expected Dr Farooq Abdullah and the son Omar Abdullah to be detained on August 5 last year when New Delhi stripped J&K of its semi-autonomous status. And nobody again expected them to be released one after another in March.

In their respective interaction with media soon after their release, father and son refused to make any political statement, saying they will not talk about the current situation until  all other detained leaders were released.

In the Valley, the release of Abdullahs itself has become a subject of much debate and speculation. How did they come to be freed when a few weeks ago, the government extended the Public Safety Act of Omar Abdullah and the PDP president Mehbooba Mufti, the two former chief ministers and some other prominent leaders including the former IAS officer turned politician Shah Faesal.

There is no clear answer to it. But a few developments over the past several weeks can offer a clue as to what must have led to it.

In early February former RAW chief A S Dulat had met senior Abdullah at his Gupkar residence. However, at the time Dulat had refused to talk about the meeting with the media. Later in an opinion piece in a national daily Dulat defended Abdullah family saying three generations of Abdullahs had stood by India and now “were in prison because of our prejudices”.

Also on March 9, just four days before Farooq Abdullah’s release, external affairs minister S Jaishankar had arrived on a surprise visit to Kashmir. The main purpose of the minister’s visit was not known. It was said that the Union minister was in the Valley to visit the Srinagar passport office located on the banks of Dal Lake in Boulevard area of the city and the Passport Seva Kendra in Baramulla district of north Kashmir. Both the destinations, however, are too commonplace to have merited a union minister’s visit. Was there any connection between Jaishankar’s visit and the release of Abdullah and Omar? It is again a matter of speculation.

Two leaders eschewing any mention of Article 370 on their release hasn’t gone done well with the people.

It was odd considering the people in Kashmir were waiting for seven months for them to come out and talk about this thing only. But both the leaders not only refused to be drawn into taking a public position on the withdrawal of J&K’s special status but have also kept people guessing about their future course of action.

On the day senior Abdullah was released, he visited the mausoleum of his father Sheikh Mohammad Abdullah on the banks of Dal lake at Hazratbal. On the following day, he also visited Hari Niwas, the palace where Omar Abdullah was then detained. He also met the former J&K Chief Minister and Congress leader Ghulam Nabi Azad who flew down from New Delhi to call on him.

However, on the third day of Abdullah’s release, he issued a statement demanding release of all J&K detainees, and pending that sought shifting of Kashmiri prisoners lodged outside J&K to the Valley so that their families don’t need to travel to meet them, more so, in times of Coronavirus. Later, he also demanded restoration of 4G internet in the Valley to help combat spread of COVID-19, the disease caused by coronavirus.

Senior Abdullah also said that he had consciously avoided making any political statement as he didn’t think situation in Kashmir was conducive for it.

“While I believe a free & frank exchange of political views is essential so that we can take stock of the momentous changes that J&K has seen after fifth August 2019 we are still some way away from an environment where such political discourse will be possible,” Abdullah wrote.

‘This is especially so considering the number of people detained in August last year who remain in jails outside J&K”. 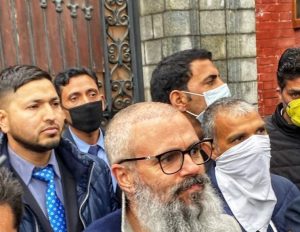 The son Omar has adopted a similar stance. In his statement he has promised to talk in detail about Article 370 once COVID-19 has been brought under control.

But should Abdullahs choose to stay quiet about the stripping of J&K autonomy pending release of other leaders, this situation will be to the benefit of New Delhi.

The Centre doesn’t want any Kashmiri leader to challenge the withdrawal of J&K autonomy, nor ask people to protest against it. And this is what Abdullahs have done so far.

Considering the top NC leaders have made a return to political activity conditional on the release of other politicians, the centre can very well delay their release or do it in a staggered manner. However, the clear picture will only emerge in the days to come. Until then, we can only keep our fingers crossed.

Meanwhile, Altaf Bukhari’s Apni Party has pressed ahead with his political activitiy. On March 15, Bukhari along with 24 members of his party met the Prime Minister Narendra Modi and demanded statehood for J&K. However, Bukhari used the opportunity to also take up with the PM the issues that have been a source of great anxiety in the Valley, like the apprehensions about a demographic change, withdrawal of exclusive domicile and job rights to people of J&K.

According to Bukhari, the PM assured them that the Centre will not tinker with Kashmir’s demography, nor take away domicile and job rights.

“The prime minister assured us that the issues pertaining to domicile, land, and jobs will be addressed soon.

He said nobody will take away the lands and jobs of the people of Jammu and Kashmir,” Bukhari later said adding a law to the effect will be brought soon. “The prime minister told me that they do not want to disempower the majority”.

Bukhari, however, steered clear of Article 370 saying it was for the Supreme Court to decide. “Political parties have gone to court. It has been challenged,” he said.

In Kashmir, there will be few takers for Bukhari’s assurance on the count of domicile rights. The reason for this is that there isn’t any trust left for the Centre’s assurances in the Valley following the withdrawal of Article 370.

“The Prime Minister had offered a similar assurance about Article 370 to the delegation of National Conference members headed by Dr Farooq Abdullah three days before the constitutional provision was scrapped,” said an NC leader on the condition of anonymity. “So, it is difficult to take the Centre on its word”.

However, more than whether centre agrees to Bukhari’s demands or not, the challenge for him is to create a relevance for his politics in Kashmir.

More so, in the aftermath of the release of Abdullah, which is likely to change the dynamics of post-Article 370 politics in the Valley.

In the altered context, Abdullahs will have more credibility with the people. That is, unless they are also seen to have compromised with the new state of affairs.

If we go by the stance adopted by father-son duo, the leaders look content to bide their time until other leaders are released, something that,in part, depends on their “good behavior”.

The real political action is likely to start in the Valley once Mehbooba and Sajjad Lone are also released. 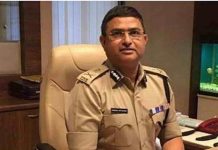