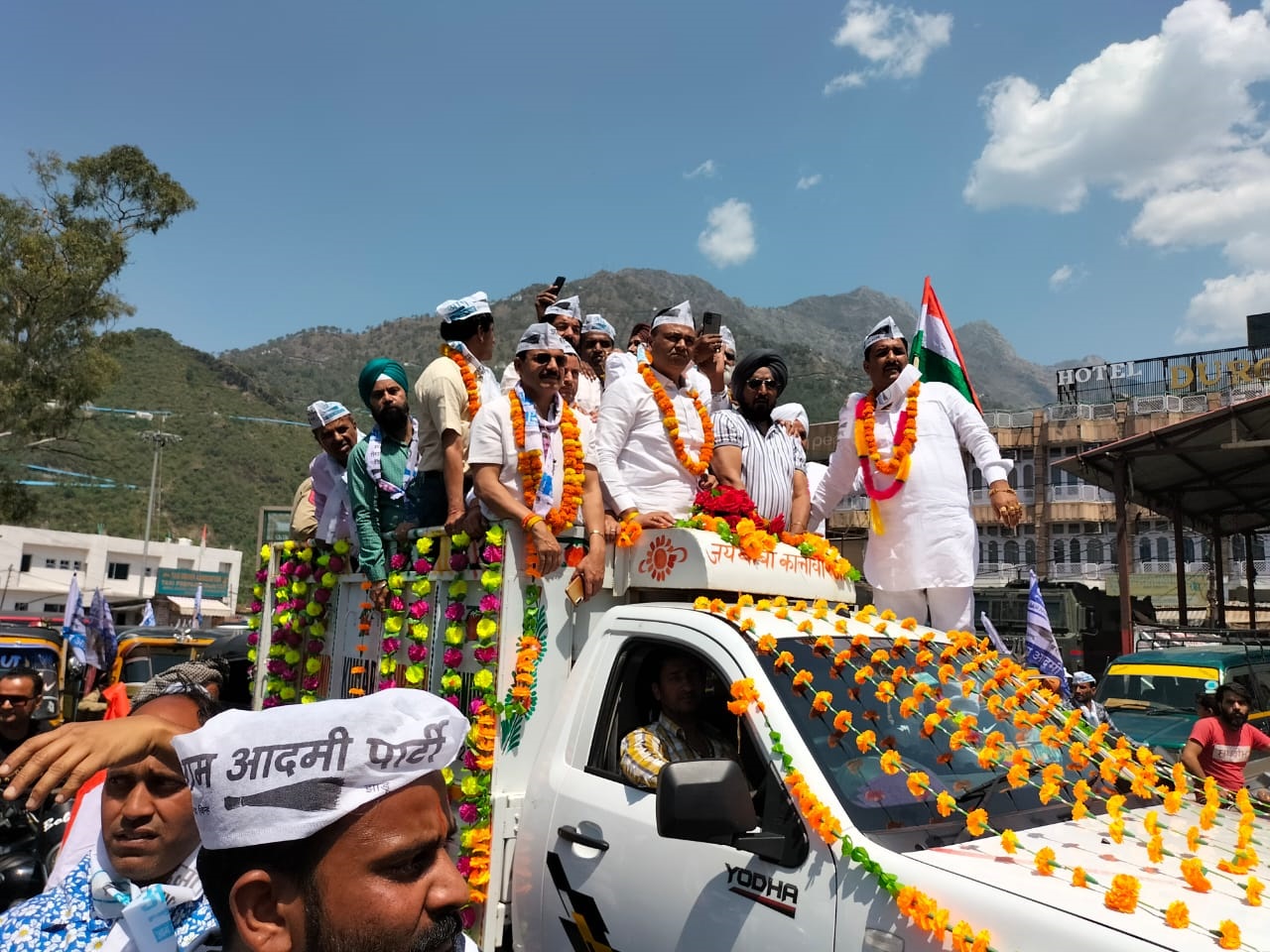 AAP is likely to be hamstrung by its position on the revocation of Article 370.  Kejriwal’s party was the first to support withdrawal of the constitutional position in Parliament which was something that shocked people in Kashmir.  A report by Riyaz Wani

Bolstered by its landslide victory in Punjab, Aam Aadmi Party is trying to make forays in other states of the country in its bid to become a national party. Jammu and Kashmir is one of them.  And over the last year, the party has been trying to expand its footprint in the union territory, both in Kashmir Valley and the Jammu region. What is more, its message is resonating among some sections of people, more in Jammu than in Kashmir.

On April 14, the party held a grand show in Udhampur, attended by ex-MLA Balwant Singh Mankotia, who quit the J&K Panthers party, to join the AAP. Singh was effusive in his praise for the AAP’s Delhi model and promised to replicate it in the union territory.

“People of J&K want Delhi model and Kejriwal model – and therefore, we see this wave for change,” said Balwant Singh Mankotia. “I was at AAP office in Delhi – someone had written a slogan – Kejriwal mera hero, because my power bill is zero.”

People who had gathered for the show were receptive to Mankotia’s message. The AAP is banking on a political mobilization centered on the development backed by its Delhi model of governance.

According to the AAP J&K convenor Om Prakash Khajuria, their manifesto is “on the issues of youth, education, health, power and water”.

“People are attracted to the AAP because of our agenda on these things,” said Khajuria. “There is a huge support for the AAP  as we are seen as a party that will bring change.”

Earlier also the party has tried to set up a base in the then state of J&K but didn’t get much traction. The party later gave up on the project. But this time it has become serious with the Punjab victory putting wind in its sails.

The party says it wants fresh faces in the union territory to carry its political message.

“Many senior politicians from the other parties in J&K want to join the AAP,” Dr. Nawab Nasir Aman, general secretary of the AAP’s J&K chapter, said. “But we want youth to be our vanguard. We want common men to carry forward our agenda. We don’t want vested interests to hijack our message which is focussed on issues of governance.

The emergence of the AAP as a major political force in the country with its recent triumph in Punjab has created a buzz in the country. Though the party led by Delhi Chief Minister Arvind Kejriwal has still a long way to go before it could emerge as a credible rival to the BJP, the party seems to offer a sort of new politics that has been effective against that of the saffron party. 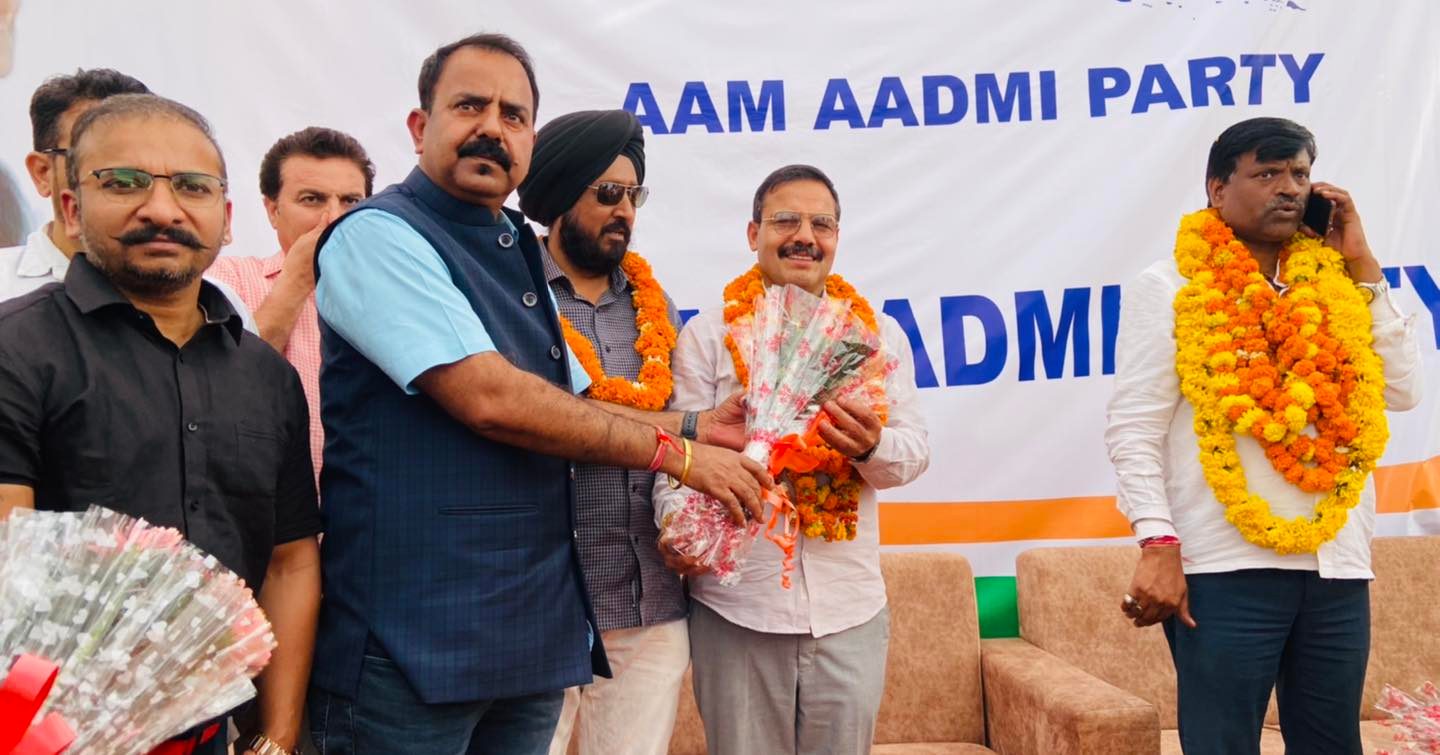 And in Kejriwal, the party has a leader who is shaping up to be a match for Prime Minister Narendra Modi’s extraordinary rhetorical skills. If anyone had any doubt, these were put to rest by his recent speech in the Delhi Assembly which hit the BJP where it hurt the most – its perceived authoritarian style of functioning. The speech which went viral ended up showing the BJP in a poor light, something no other opposition leader, least of all Rahul Gandhi, has been able to successfully accomplish so far.  And therein lies the threat to the existing invincibility of the BJP.

But would the AAP be able to replicate its Punjab performance in J&K anytime soon. Very unlikely.

“Jammu and Kashmir is an entirely different political ball game,” said a political analyst who didn’t want to be identified. “It is a place riven by conflict and violence. Besides, politics in Kashmir has never been about sadak, paani and bijli.”

In Kashmir Valley also, the AAP is likely to be hamstrung by its position on the revocation of Article 370 in August 2019. Kejriwal’s party was the first to support withdrawal of the constitutional position in the parliament which was something that shocked people in Kashmir who earlier looked up to his politics with admiration. Kejriwal didn’t even oppose divesting J&K of statehood and downgrading it into two union territories. This is so even when he has been seeking statehood for Delhi.

And in early 2021, when centre disempowered him by vesting most the powers of the Delhi administration in Lieutenant Governor, many Kashmiris trolled him on Twitter saying he deserved it. Kejriwal’s unqualified support for the withdrawal of

J&K and dismantling of the state would thus be a perennial liability for the AAP. That is, unless the party modifies its approach, a risky political proposition considering such a policy shift won’t go down well in the rest of India. More so, when the AAP has now been trying to project a soft Hindutva image to encroach into Hindutva vote bank or at least not give the BJP an opportunity to show it anti-Hindu. And J&K is too small a place in terms of its political weightage at the national level to risk a backlash from the majority community. So, the AAP is staying focussed on a patently apolitical approach to politics with convenient nods to Hindu religion if not to the explicit majoritarianism.

There is, however, a chance that the AAP’s politics will appeal to the voters in Jammu who over the last two years have developed some degree of disaffection with the BJP’s policies. While the Hindu majority province has welcomed the erasure of J&K autonomy, the people are deeply apprehensive about the loss of land and businesses to outsiders who are now eligible for a domicile status. Jammu is expected to be most affected by the implementation of the new domicile law, as people from outside the UT are finding it safer  and culturally favourable to settle in the province. The new law has already granted citizenship to around three lakh West Pakistan refugees who live in Jammu.

Further easing the AAP’s entry into Jammu is the virtual decimation of Congress in the province. This has opened a political space for a new party to step in. And there is no party better placed to do so than the AAP. It lacks the baggage and on the governance front is believed to have performed well in Delhi, a model which it is now taking to Punjab.  Should the AAP succeed in building a significant presence for itself in the run up to the anticipated Assembly polls, it won’t be a good news for the BJP which is hopeful of sweeping the province to retain its political dominance in the UT. While it is not possible to predict the future, one thing is certain, with the AAP’s entry, politics in J&K is becoming more interestrig.

Fodder scam case: Quantum of sentence to be pronounced on Jan 4