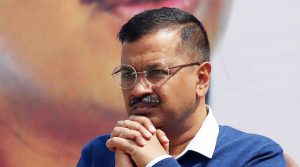 Delhi chief minister Arvind Kejriwal in a note sent to party workers has said “Our volunteers ran a superb campaign, putting all their energies into it. Across the country, people acknowledged that our candidates were among the best. The results, however, did not meet our expectations. Post-election ground analysis has revealed two major reasons. First, the atmosphere that prevailed in the country rubbed off on Delhi as well. Second, people saw this big election as between Modi and Rahul and voted accordingly.”

Kejriwal’s words seem to have been to motivate the demotivated party workers. However, these are bereft of the ground reality and truth about the party that had won four-seats in Punjab on its debut in the 2014 General Election. Subsequently, in the Punjab Assembly election in 2017, it relegated Shiromani Akali Dal, the then party in power to the third spot and grabbed the slot of the main Opposition party in Punjab. Earlier in Delhi, the Aam Aadmi Party had won 67 of 70 seats with 57 per cent vote share, despite Modi wave across the country. The party was trying to make forays into Gujarat and Goa.

However, in such a short time, the AAP has badly lost the trust of people. In Haryana too the Aam Aadmi Party had sealed an alliance with the newly formed Jannayak Janata Party, which contested seven seats, and AAP three. The two parties came croppers.  In Punjab, most leaders like Dr. Dharamvir Gandhi, who had created history by defeating Praneet Kaur, the wife of the present chief minister, Capt Amarinder Singh, left AAP and contested as a candidate of Punjab Democratic Democratic Alliance and lost in 2019.  The lone winner is Bhagwant Mann who raised many burning issues in Parliament and neither Congress nor SAD-BJP could stop his from emerging victorious. The last-minute pleading with Congress leadership in Delhi, Punjab, and Haryana also did lot of damage to AAP. Ironically this was the party against which Arvind Kejriwal had opened a tirade.  No doubt that AAP had come to power in Delhi and appeared to be an alternative to Congress and BJP elsewhere. The BJP has won all the seven seats in Delhi routing both the Congress and the AAP in the Lok Sabha polls.  It seems that the AAP has shunned its own ideology and brazenly sought to hanker after Congress and tied up with Om Parkash Chautala’s grandson in Haryana. That showed that AAP could enter into an alliance with any party to taste power. The electorate did not like its opportunism. The AAP vote share in Punjab came down to just 7 per cent in 2019 from 24 per cent in 2014.

It seems that AAP has not learned any lesson from the poll results. Kejriwal claimed in the note circulated to party workers that  “People have been assuring us that in the ‘small election’ for Delhi Vidhan Sabha, they will vote in the name of the incredible work we have done in Delhi. Our ground impact on education, health, water, electricity, pensions, doorstep delivery of 7- government services and basic amenities in underdeveloped colonies have made it possible for us to proudly engage in conversations with the public.”

If AAP does not act fast and realize its own folly, then the party would be writing its own obituary. Like a phoenix that rises from its ashes, the AAP will have to introspect hard to rise from the ashes before its too late. 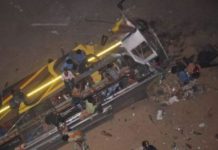 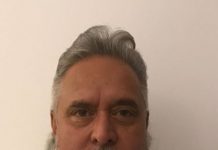