In the run-up to the General Election, Prime Minister Narendra Modi promised too many things to too many sections of the society. It was Finance Minister Arun Jaitley’s job to deliver the goodies. Thus, he had no option but to offer a semblance of possible achche din to every group. Budget 2014 ended up as a chillad one; a Rs 100 crore for a community, Rs 200 crore for another, and a little more for a third one. The exercise justifiably turned out to be a mish-mash of policies.
However, there are huge expectations from Budget 2015. This has to be a visionary one. It has to be a blueprint that will prove that Modi can radically transform the policymaking regime over the next four years. Unfortunately, like in 2014, Jaitley’s hands are tied behind his back. The parameters are different, but the challenges are similar. This February, the finance minister has to grapple with seemingly contradictory objectives. And he needs to achieve all of them.
Here’s a list of five paradoxes that will give sleepless nights to Jaitley over the next few weeks.
Growth vs fiscal deficit
Last July, Jaitley confidently said that he would reduce the fiscal deficit (excess of the government expenditure compared to its revenues) from 4.6 percent in 2013-14 to 4.1 percent in 2014-15. Recently, he reiterated that this was one of his main priorities. The flip side: the deficit estimate was breached in December 2014, or three months before the end of the fiscal year. His only choices: curtail government expenditure or raise revenues.
If Jaitley reduces the government’s spends this year or the next one (2015-16), it could derail India’s growth story. In 2013-14, the then finance minister, P Chidambaram, slashed plan expenditure by more than 14 percent. The result: the country witnessed a sub-5 percent growth. NDA-2 cannot risk this situation because Modi came to power on the twin planks of growth and development, and governance. Recently, the IMF predicted that India will surpass China’s growth rate in 2017. Investments, both public and private, are crucial to achieve this. We will talk about the revenue aspect later.
Private vs public investment
What should be the driver of growth? Modi believes in private investments, especially by foreigners; the success of his Gujarat model was based on this assumption. In recent times, Jaitley has reiterated that public, or government, spending is crucial, especially in infrastructure sectors. So, what will the finance minister emphasise in Budget 2015? More important, how will he reconcile this with the above-mentioned aims to boost growth and curtail fiscal deficit?
Higher public spending is almost impossible without adequate growth and, logically, higher tax revenues. Or it can be achieved at the expense of higher fiscal deficit, whereby expenditure exceeds revenues. Possibly, the finance minister will announce policies that will encourage both private and public investments. So, will he depend on higher growth — the IMF says the figure may be 5.8 percent this fiscal year — or a huge increase in tax revenues?
Lower vs higher taxes
Ever since NDA-2 came to power, it has maintained that the tax structure will be eased to encourage the private sector and foreign investors. In his first Budget, Jaitley said that he was “committed to provide a stable and predictable taxation regime that would be investor-friendly and spur growth”. In the run-up to Budget 2015, he hinted that taxes may be reduced, rather than hiked. Finance ministry officials have said that the tax structure will be simplified to woo investors.
If this is the mindset, Jaitley has to find alternatives to boost government revenues, in a bid to hike public spending and keep the deficit in check. The reason: the Indian economy may grow by 6.3 percent in 2015-16, which may not be enough to boost revenues to an extent that can achieve all these objectives. This was witnessed in the manner the government managed the forthcoming auction of telecom spectrum. In an attempt to maximise earnings this year — the auction will be held in February 2015 — it cherry-picked from the recommendations given by the Telecom Regulatory Authority of India.
It hiked the base prices for spectrum to be auctioned in the various categories; the hike was the steepest in the case of 3G spectrum. It also reduced the availability of the quantum of 3G spectrum. As a few private players need to buy the 2G spectrum, which they gave up after the end of their licensing periods to survive in the future, and there is a demand for 3G airwaves, both decisions will boost government revenues from an earlier estimate of Rs 64,000 crore to Rs 1 lakh crore.
Jaitley’s biggest achievement will be if he can announce the final date to introduce the goods and services tax (GST), which has been pending for years, in Budget 2015. He claimed recently that he has reached a consensus with all the chief ministers. In one stroke, GST will simplify taxes and enable goods to flow from one state to another without major tax-related hassles.

Disinvestment vs autonomy
Another potential area to earn money is through disinvestment, or sale of the government’s holdings in public-sector undertakings (PSUs). Last year, Jaitley set an ambitious target of almost Rs 63,500 crore to be raised through this route. This included Rs 15,000 crore from the sale of government’s stakes in non-government firms, i.e., those that were privatised but where the State still held residual stakes. NDA-2 has repeated that while it wants to reduce the State’s holding in some of the profitable companies, like banks, to below 51 percent, it desires to entirely sell the loss-making firms.
Sadly for Jaitley, disinvestment hasn’t taken off this year. Most of the money was pumped in by other State-owned entities, such as Life Insurance Corporation, to buy the shares of PSUs that were sold. More importantly, sections of the Sangh Parivar, notably the Swadeshi Jagran Manch, and trade unions, including the largest one controlled by the BJP, are up in arms against the sale of the “family jewels”. The government was forced to admit that it will give more autonomy to the PSUs. In the case of Coal India, after the employees went on strike, it said that the PSU’s and workers’ interests will be protected.
Governance: Reality vs promises
One of Modi’s promises was to provide an efficient, effective and transparent government. Jaitley added that this will be reflected in Budget 2015, where all the numbers, including that of fiscal deficit, will be transparent and correct. There would be no statistical jugglery. In the past eight months, several measures were initiated to improve governance. Environmental and other clearances were eased, and there is a move to change the Land Acquisition Act.
But the reality is far from the promises made. The government has a long way to go before it can relax on this front. One of Jaitley’s tasks in Budget 2015 will be to provide a future framework or road map on governance. As the finance minister, he will need to provide clues to other Cabinet colleagues on what they can do to aid and abet this process. Clearly, this is Jaitley’s make-or-break Budget.
letters@tehelka.com 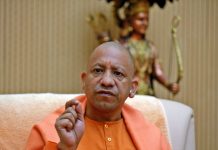