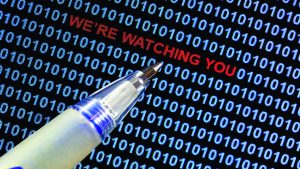 Under the four-page draft rules, issued on December 24, 2018, the intermediaries will deploy technology based automated tools or appropriate mechanisms with appropriate controls, for identifying proactively and removing or disabling public access to unlawful information or content.

The draft rules mandate companies to not only trace and report the origin of messages within 72 hours of receiving a complaint from law enforcement agencies but also disable access within 24 hours. Draft rules provide for the content deemed defamatory or against national security and other clauses under Article 19 (2) of the Constitution to be kept as records and preserve such information by the  agencies for 180 days.

For such steps to be successful, all intermediaries or online platforms or MNCs will have to be registered under the Indian Companies Act for effective compliance. All such companies will have to appoint nodal officer in India to deal with law enforcement agencies on all 24 hours basis.

According to the official sources, the draft Rules are intended to strengthen state power with big companies including MNCs in  India contributing to consolidation of country’s cyber sovereignty. It is surmised that the proposed Rules are draconian for its failure to provide any effective remedy to victims of cyber crime offences across the country. At the same time, it will potentially turn India into a surveillance state where police and other agencies will rule the roost against the innocent people based on their predilection, whims and prejudices at the costs of people’s fundamental rights to privacy and personal liberty to make India a mere election-centric democracy, with no sovereignty of people and their empowerment. All such repressive steps are taken ostensibly to check terror activities committed through internet. This will also target those threatening the security and sovereignty of India.

A government source revealed that under the Telegraph Act, there are provisions for official agencies to tap phones of suspicious people. However, no such provisions were made in the Information Technology Act, 2000 as amended in 2008 and the Rules framed there under.

Hence, the proposed amendment in the Rules. The draft Rules together with the MHA’s snooping notification will help the Government command and commandeer the online platforms and companies to fall in line or face the consequences.

It has the potential to restrict free flow of information, jeopardizing people’s sprit of inquiry and evolving scientific temper among them. With such blanket and wholesome fascistic anti-people and anti-democratic measures, India is in for bad days ahead! 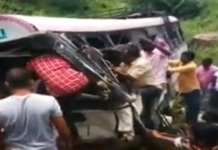