Not just on the recently observed World Refugee Day — June 20, but almost every single day I think of an Afghan family I had met few years ago at a crossing in New Delhi. They looked dressed enough not to beg but starved enough to plead for help. And I stood talking to them, a tragic tale emerged. Well-to-do in their home country until circumstances struck them and forced them to flee to India to take refuge in the​ ​camps. They are doomed for life!

I had even visited their one-room refuge, in one of the outer settlements of the Jangpura locality, where their children survived sans school and those everyday basics that growing children need to keep going…their next door neighbours were also Afghan refugee families struggling with lack of resources and complete boycott from the Indians living not too far. There seemed a complicated sort of tragedy unfolding for them as they told me that they had fled to India under the impression that it’s a “huge, vast country with very good people, but here we are looked at with suspicion …all sorts of stories about us Afghans. We are kept away. Don’t know what’s the future of our children? Never ever imagined we would see this day…living worse than beggars in a foreign land. We had everything back home but now where is home! Nowhere for us.”

The tragedy of this refugee family or for that matter for any refugee looking about for refuge is difficult to describe in words. They live, rather are forced to live like outcastes in little ghettos, with the barest possible survival bandobast. It’s difficult if not impossible for them to even request or plead or cry out for help as the local population wants nothing very much to do with them. Ironically, more than half of New Delhi’s residents have parents or grandparents who had witnessed the horrors of the Partition and the aftermath, yet when it comes to today’s refugees, they simply curl up!

Needless for me to write that with hypocrisy levels at all time high in our country, one could perhaps see all sorts of tamasha events or get to hear hollow worded speeches on the World Refugee Day, but as the days pass, the curtains are drawn! We are back to harassing and ridiculing and shunning the hapless refugees, if not spreading stories of their supposed terror activities! Naively, overlooking the rather well known fact — with the police and the agencies keeping a watch on refugees, what supposed terror can these hapless humans unleash!

This brings me to write that with the Right Wing BJP government at the centre stage, the situation stands compounded even further, if the refuge seekers happen to be Muslims. In fact, last year, when the ‘terror angle’ involving the hapless Rohingyas was hyped by the BJP rulers, there came in this bunch of stark facts put together by NDTV’s Srinivasan Jain and his team of reporters, who detailed, on the basis of hard facts, that there were no signs of security threat from the Rohingya refugees taking refuge in our country. Each NDTV reporter, reporting from the four locales — Jammu, Faridabad, Rajasthan, New Delhi — was seen talking to police officials who seemed to give a clean chit to these refugees. Nah, none of the ISIS, Al-Qaeda, Indian Mujahedeen or Jihadist tags to any of the refugees!

To quote these details from NDTV’s website — “An NDTV multi-city investigation into key Rohingya settlements in India found little evidence of terrorist links, or of greater criminality. We focused on the four main centres where Rohingyas are based in India — Jammu, Delhi, Rajasthan and Haryana. Jammu has the highest number of Rohingyas — 5,743 in all… On January 20 this year, Jammu and Kashmir Chief Minister Mehbooba Mufti told the Assembly that “no Rohingya in Jammu and Kashmir has been found involved in militancy related incidents. No instance of radicalising (of) these foreigners has been reported so far.” She said, “Total 17 FIRs have been registered against Rohingyas for various offences, including those relating to illegal border crossing.”

NDTV found that of these 17 FIRs, the two cases are against Bangladeshis and one against a Pakistani. So effectively, there are only 14 FIRs against 5,743 Rohingya Muslims, a crime rate of 0.24 per cent.

We tracked down every single one of the 14 FIRs to find the following: eight cases for lack of visa, two cases of rape, one case of cow slaughter, one case for causing injury, one case for selling goods in the black market and one for stealing railway property. These findings were matched by what the senior police officials in Jammu told NDTV — “I haven’t seen anything alarming in terms of their (Rohingya Muslims) criminal records. They are involved in petty thefts like other groups of that social economic situation. But we haven’t found anything alarming or their involvement in organized groups or very sensational nature cases so far,” said Dr SD Singh, Inspector General of Police, Jammu.’

Police officials said that Delhi, being home to approximately 1,000 Rohingya Muslims, they had no data on FIRs registered against Rohingyas in the city, or any evidence of radicalisation. Given the condition of the Rohingyas, they added, it seems highly unlikely that they will be drawn to extremism.

In Jaipur, 350 Rohingya Muslims are spread over four police station areas. NDTV found that in these police stations, there was only one FIR (rape charge) by a Rohingya woman against a Rohingya man. In Haryana, the Rohingyas are clustered in Faridabad and Mewat. Police in Faridabad told NDTV that no cases are registered against Rohingyas. Police officials in Chandigarh said they have no state-wide data on crimes by Rohingyas.

I wonder why we don’t sit and ponder on the uncertainties unleashed by destined turns. Today, you could be living all too comfortably in a well-equipped bungalow, but tomorrow might drag along upheavals and displacements in your life. Not to overlook the reality of getting internally displaced and made to live like a refugee in your own country. No dark fairy tale this but a very harsh reality. Hundreds of Kashmiri Pandits live displaced, far away from the Kashmir Valley. Hundreds of Muslims live displaced in makeshift tented homes in Western Uttar Pradesh. And hundreds live in fear and apprehension in Assam, worried of getting displaced to another land! In these trying times, with changing governing patterns, getting reduced to the refugee status is a reality. With that in the backdrop or foreground, reach out to those seeking refuge in our midst. Maybe, just maybe, tomorrow might see you in the refugee slot! 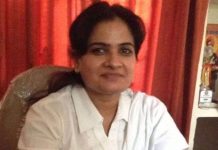