Your book encompasses five generations of an aristocratic family’s past and present. Tell us how you dealt with a subject matter of such enormity.

Actually it encompasses more than five generations. The task was not that difficult as most of my research work had already been completed when I wrote my second book The Maharajas of Bikaner, so my reference material was all in place. My task was to add new information and fill in the gaps as and where they occurred. This was also made easier by having ready access to our archives in Bikaner which are extremely comprehensive.

Tell us some of the book’s anecdotes in terms of the “tales of valour, battles and coronations, the splendour of the royal courts” that you relate in the book.

Till the time of Maharaja Anup Singh, tenth Maharaja of Bikaner, all my ancestors fought actively in many battles. Some were to protect the integrity of their territory from invaders and the others were in fighting in the Mughal armies in the Deccan. Coronations in olden days were rarely glamorous events. Most took place in the battlefield. If the father was killed while fighting twelve days later, his peers crowned the eldest son in line with a ‘tilak’ on the forehead. They paused for a while and then went back to the battlefield and got on with what they had to do. Almost all my ancestors in one form or another were great patrons of the arts and literature. In their time, the Bikaner school of miniature painting was developed and flourished.

Tell our readers more about your formative years during the ‘60s which led you on to an adventurous journey from Bikaner to London.

It was an incredible time to be growing up. Change was everywhere — the Beatles changed the world of music overnight, conservative thinking and behaviour was shunned, people were free to express themselves in any way they chose to dress — that was the era of bellbottom trousers! — to the way they did their hair and makeup. It was a seismic change and altered the world forever. I enjoyed the sixties enormously. I enjoyed the music and experimented with my clothes, hair and makeup; it was a very creative and liberating time.

Not many people know that you are a shooter. At the age of 7, you won the National Air Rifle Championship; at the age of 16, you were awarded the Arjuna Award; and you stood first at the 16th National Shooting Championships. Tell our readers more about how shooting happened to you at this young age.

It was quite natural for me to take up shooting. We came from a hunting and shooting background. Members of the family were encouraged to take up a gun early and begin training in the art of shooting. What may have been slightly different in our case is that my father encouraged his daughters to do the same. I obviously had some talent for shooting and he picked up on that and coached me to be a good shot. My father was an amazing coach and was enormously patient. He was very generous of his time and always willing to help young shooters. We had an excellent world-class shooting range in Bikaner where I was able to practise and hone the art.

You have played an active role in the preservation of heritage properties, ancestral forts, palaces and cenotaphs of the Bikaner royal family. You also helped set up the Sadul Museum in the Lallgarh Palace. Tell our readers more details about all of these projects.

It is a duty to my ancestors and their legacy that I try and fulfil to the best of my ability. It is a constant ongoing process with new projects on the anvil all the time. Of course, it is very satisfying when one executes a project successfully but then there is no time to pause. The next project needs attention. At present, we are in the process of digitising the thousands of files of my great grandfather Maharaja Ganga Singhji. They are, as you would expect, with time and wear and tear in a precarious condition. We have one gallery in Sadul Museum which displays revolving subjects and we try and change them annually. Currently, Sudhir Kasliwal of the famous Gem Palace in Jaipur is displaying his photographs there, which are extremely popular with visitors.

In my view, the most important book I commissioned was the two-volume biography on my grandfather Maharaja Sadul Singhji — a great and noble man who faced many hardships during his time, such as the merger of the states into the union of India and shortly thereafter the partition. He was always in the shadow of his famous and powerful father Maharaja Ganga Singhji and his equally successful son, my father Maharaja Karni Singhji. I felt it was time to recognise his enormous and important contribution to the state of Bikaner. It gives me great satisfaction that Professor L S Rathore took up this project at my request and executed it perfectly. Recently, we have reprinted the Golden Jubilee book of my great grandfather. There is a huge demand for this book from all across India. Now, all the past three generations have their own biographies in print. I feel that I have done my duty to them and their legacy. 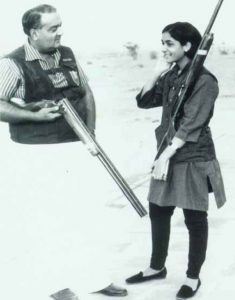 The first book was based on the family palace. Five generations had lived here and it had a rich history besides having stunning architecture. It was an effort to bring alive both the palace and the family members who lived there. It is a coffee table book with many photographs — these are always very popular. The second was a historic book based on the life of my ancestors from the founder of Bikaner Rao Bika to my brother Maharaja Narendra Singh. The history of the ancestors existed in old books such as Narrative House of Bikaner and Powlett’s Gazetteer but I found them very old-fashioned and slightly dull in their narrative. The history of the ancestors needed to connect with the current day reader. So, I dusted off the old books and wrote the narrative in a modern and easily readable style which the contemporary reader can associate with.