On 6 December, over a lakh of rainsoaked people gathered at the Shanghumukham beach near Thiruvananthapuram, Kerala. Despite the downpour, the crowd patiently waited for Sree Narayana Dharma Paripalana Yogam (SNDP) general secretary Vellapally Natesan to speak. This was the grand closing ceremony of the Samathwa Munnetta Yatra (march for equality) that the Ezhava leader had begun on 23 November from Kasaragod, the northernmost district of the state, with the aim of uniting all Hindu castes of the state. It is here that Natesan finally announced the name of the political party that he is going to float. “The long awaited moment has come. I am announcing the name of our party,” said Natesan to a frenzied crowd. Music blared out of loudspeakers as Natesan said, “The name of our party is Bharat Dharma Jana Sena (BDJS).” He repeated the name a couple of times to the cheering crowd and then went on to unfurl the party flag and reveal its symbol.
Many leaders from Hindu organisations across the state such as the Yoga Kshema Sabha and the Kerala Pulaya Maha Sabha shared the stage with the SNDP leader. Though it has not officially claimed to do so yet, the new party is likely to join the National Democratic Alliance (NDA) led by the BJP in their ambitious attempt to build a third front in the southern state as an alternative to the Congress-led United Democratic Front (UDF) and the CPM-led Left Democratic Front (LDF).
After spending two weeks on the road, attempting to consolidate castes under the banner of ‘Hinduism’, Natesan said that the party would not have a Hindutva agenda: “It would be the poor man’s party while fighting for equality among all sections of society.” The objective of the newly formed party is to fight caste disparities faced by various Hindu communities, which, it believes, are a result of minority appeasement and flawed policies of both the fronts that have alternatively ruled the state for over half-a-century.
Natesan said, “The two fronts that ruled us over the years deliberately excluded the Hindus in giving due consideration while distributing various welfare schemes while the Muslim and Christian communities were showered with benefits.”
He was extremely critical of the leader of Opposition, VS Achuthanandan and Kerala Pradesh Congress Committee (KPCC) president VM Sudheeran in his speech. He indirectly said that Achuthanandan was using public money to fight the vigilance cases leveled against his son Arunkumar. On Sudheeran, he said that the Congress is digging its own grave by appointing an ‘ineligible’ person as its chief. He also criticised the media of the state for trying to malign him and his efforts as communal.
No BJP leader was present at the event. When asked about the absence of BJP leaders, the SNDP’s prospective ally, Natesan got agitated and said, “Why should a BJP representative be present at a venue where a caste organization is announcing the launch of their political party?” When asked whether the alliance with the BJP was still intact, he did not offer any comments.
Natesan made it a point to reiterate the fact that his party was not communal. However, the controversial statements he made during his ‘yatra’ are in conflict with this claim. His remarks on the death of Naushad, an auto-driver who died while trying to save two trapped in a manhole in Kozhikode, were utterly insensitive. He said that the state government had promptly compensated Naushad’s family only because he was Muslim.
Even Home Minister Ramesh Chennithala was forced to take action against the leader for allegedly stirring up communal tensions during his Yatra. Following his controversial statements, a case has been charged against Natesan under Section 153(A) of the IPC.
Many believe that the BJP is considering Natesan as a political experiment. Since the saffron party cannot come out in the open with their communal agenda in a state like Kerala, they are looking to piggy back ride on him. 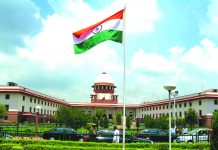 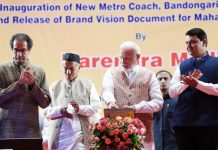