THE GROUP broke up into pairs and went about their business. They had made it past several layers of security, just as their counterparts have through successive attacks.


India was hit with ferocity on 26/11, 2008. The country’s Parliament was stormed on 13/12, 2001. Unit after unit of Pakistan’s Northern Light Infantry infiltrated the heights of Kargil in 1999. Srinagar’s assembly faced a determined suicide attack in 2000, a few months after it released Maulana Masood Azhar in Kandahar. Attack after attack has been met with a lot of rhetoric. Committees have been set up and pledges to refurbish the security apparatus have been made in earnest, but the frightening postscript is simply this — we will be hit again.
26/11 was the seventh attack this year alone. India will be hit again. For those who find this alarming, examine this:
• A comprehensive securitY review was ordered after close to 600 soldiers died securing the heights of Kargil. A taskforce on border management had then, in the year 2000 warned, “The long coastline with its inadequate policing makes it easy to land arms and explosives at isolated spots on the coast.” In January 2005, a coastal security scheme was formulated for enhancing security by strengthening infrastructure for patrolling and surveillance of the coastal areas. The Home Ministry’s own website says, “The scheme envisages setting up of coastal police stations, outposts and check-posts in the coastal areas for strengthening surveillance and patrolling of the coastal areas.” The scheme was approved in January 2005 for implementation in five years from 2005-06 with an approved outlay of Rs 550 crore. Till date, only Rs 13 crore have been released. Maharashtra specifically has got only Rs 2 crore of the Rs 40 crore outlay approved for the scheme. A Home Ministry official admits that there are negligible patrol stations functioning. Close to four years after the approval of the scheme, even the Intelligence Bureau, which was to get nine patrol boats, is still waiting for the first one to arrive.

• In 2001, the Girish Saxena Committee gave a report on the country’s intelligence apparatus. The report recommended an overhaul of technical, imaging, signal and, electronic counter-intelligence capabilities. The recommendations were accepted by a Group of Ministers (GoM) but in the seven years since they gave the report their stamp of approval, it has never been implemented beyond a few symbolic changes. Among other suggestions it made was a proposal for the immediate recruitment of an additional 3,000 cadres to the IB but, by 2008, only 1,400 additional posts have been sanctioned.
[box]
2005
A coastal security Scheme was announced And approved in January 2005 with an outlay of Rs 550 crore. ButMaharashtrahas got Only RS 2 Crore of its Share of RS 40 Crore. The Intelligence bureau is Still waiting for its Patrol boats
[/box]
• The Saxena Committee had called for a Multi-Agency Centre (MAC) and a Joint Task Force on Intelligence (JTFI) to be set up under the IB. The MAC was to collect and coordinate terrorism-related information and the JTFI was to share the information with state governments. Both are functional, but under-staffed and under-equipped. Prime Minister Manmohan Singh released funds for MAC only after the bomb attack in Delhi in September 2008, seven years after the Committee first recommended that it be set up.
• Former Prime Minister IK Gujral, as part of his Gujral doctrine (of India extending a hand of friendship to Pakistan as the bigger brother) halted all covert operations in Pakistan.
[box]
1997
As Part Of The Gujral Doctrine, Aimed At Better Ties With Pakistan, Prime Minister Inder Kumar Gujral Called A Halt To All Covert Operations In Pakistan, A Policy That Was Not Reversed By The NDA Or The UPA
[/box]
• Again, in 2001, senior bureaucrat NN Vohra — currently Governor, Jammu and Kashmir — took months crafting a report on internal security. His recommendations have obviously been gathering dust, for Vohra had indicted the Home Ministry, saying it needed to be completely restructured as “it has lost the capability to respond to any internal security challenge.”
• It was only in August 2007 that the Home Ministry included the police-population ratio in its report to Parliament. According to Ajai Sahni, Executive Director, Institute for Conflict Management, “After reeling under terrorism for at least two decades, the Home Minister for the first time demonstrated awareness of the fact that the country was severely underpoliced and had meagre intelligence cover to deal with terrorism. The reality is, India’s entire justice system, from the thana to the Supreme Court, is in a state of terminal sickness. This, and not the minutiae of the latest terrorist attack, is the critical issue confronting the country.” 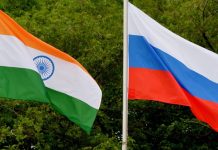