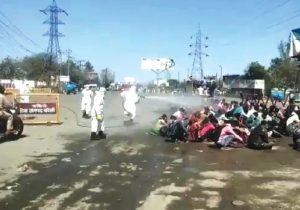 Sitting forlorn in this lockdown, wondering rather aloud: What takes place when the rulers of the day turn a medical emergency into a human nightmare! Yes, our masses are getting subjected to the worst forms of trauma. Shots of our migrant workers and daily-wagers getting sprayed with poisonous disinfectants, walking hungry and weary, only to be blatantly humiliated and thrashed by the lathi-yielding constables, who seem to be new rulers of the day! In fact, a Jaipur based artisan had told me in all earnestness that in today’s India “only two types of people can live like human beings — politicians or police-wallahs!”

With the masses sitting unfed and uncared for, what would remain! What future holds out, with factories and mills and warehouses shut. Shutters down! How long with the stocks last! To suddenly announce lockdown, without even the basic level of preparedness, is akin to dictating: from this hour no food and water and shelter and no money…do as you please to survive in these corona- ridden times !

I’m told that even during the Partitioning times, relief-camps were functioning with the food and shelter bandobasts. If that level of preparedness could have been seen in 1947, then why not today, in 2020! What about the funds and money collected by the government in the name of relief work and out-reach schemes? Will it reach out to our people today or the day-after when they are gone or going…fleeing like refugees in their own ancestral land, in their own country. We have made our people run about so very helplessly, like hapless frightened refugees in their own country …very, very disturbing shots of our masses running from here to there! Parched and hungry and sprayed upon by poisonous sprays!

Mind you, even at this fragile stage, there are arguments amongst the political rulers, whether the fleeing masses are from this state or from that other state — whether from Uttar Pradesh or Bihar or Madhya Pradesh! They are our people. They belong to this country. They have been there working in our factories, mills, construction sites… Rattled and fearing for their children’s survival, this hapless lot decided to walk on and on…Unbothered of the consequences. Unsure what new destined turns would come their way in the form and shape of the brute force and dictates of the day. Unheard those cries and queries along the strain:: is this the way to combat a medical emergency, is this the way to treat your citizens, is this the way countries like South Korea and Japan have combated this virus, is this the way to silence your farmers and workers and labourers, is this the way to reach out to your masses!

It’s time to sit up and see the dark realities hitting millions amongst us. Lack or rather the near-absence of water. And when we say wash hands every twenty minutes with water and soap to keep off the Corona virus, do we realize that millions do not have access to water nor soap. At times not even a drop of clean drinking water! Nor do they have access to the basic food grains and the connected bandobast. They sit awaiting death, with parched throats and empty stomachs.

A substantial percentage of our country’s population is near-dying under the near absence of the basics to human survival. Mind you, if the dreaded virus doesn’t infect and suffocate their system, hunger and malnutrition and thirst is sure to! Hunger related deaths will go up, that’s different matter altogether that they could get clubbed with the various diseases and disorders that hunger and malnutrition invariably drags along.

Tell me, what are we doing to keep our human population alive? The daily-wager earns enough for the day. What happens to him and his brood for the next three weeks? For him, its not a question of today or tomorrow but of the day- after- tomorrow!

And it’s time to question and query what steps are undertaken for the safety of the entire medical and paramedical teams. If the rulers of the day genuinely cared for the medical-healers, then instead of giving those suggestions to bang- on -thaalis and stainless steel plates, they would be seen taking rounds of the various sarkari hospitals and hospices.

Today, in the present scenario, with more and more of us, sitting all too cut-off and cross, anxieties and apprehensions are sure to shoot up! Are we prepared for disasters on this front — the impact of lockdowns on the mental well-being of adults and the ageing and yes, also on the young? Summer heat will compound the levels of stress for thousands of Indians living in the different locales and regions of the country. Are we prepared for this? What combat measures are upcoming, in the making?

Yes, its time to think in terms of helpline services where counselling can be rendered free and free- flowing! Also, it’s about time that we start thinking of roti and milk and vegetable and education banks! As there is that urgent need to reach out with the basics to daily survival.

There is also scare of a police state upcoming. Our everyday life, rather whatever remains of our everyday lives, could be in the control of the cops, Going …gone are the democratic spaces, overtaken by the huge policing bandobast.

That is, all those who are yet to be proven culprits and are not convicted, so technically innocent. How many innocents sitting languishing could be struck by this virus in this imprisoned state.

Can we save their lives? Shouldn’t we free (at least temporarily) the imprisoned doctors and nurses from the prisons across the country, so that they can reach out to the ill and dying? Shouldn’t the likes of Dr.Kafeel Khan been tending patients than siting languishing in a prison cell? 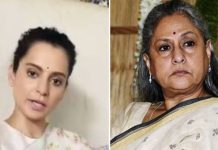