IT’LL ALWAYS BE  a cherished cinematic memory that the first film I ever watched from the front row of a packed theatre was Anand Gandhi’s Ship of Theseus. And that the crowd stayed till the end. If anything, it is further evidence that thoughtful cinema does have takers, as long as the takers are told beforehand that said thoughtful cinema exists, and is worth their time and money.
The central conceit of the film — Plutarch’s eponymous paradox, which asks whether an object that has had all its components replaced continues to be the same object — deals directly with the relationship between people and their bodies. Not in the superficial sense of one’s appearance shaping one’s selfworth, but at a fundamental level, that challenges the very notion of whether we really own our body. If we have our organs replaced by someone else’s, the film asks — but, to its credit, doesn’t conclusively answer — do we remain the same person? Is our identity really defined by the physical aggregate of our bodies, or something else?
Biologically the question doesn’t hold. Our cells are constantly dying and being replaced by others; in a few years, almost all the cells currently in your body will have been replaced by new ones. That doesn’t mean you will be a different person. Our identity, in the narrowest sense of the term, is defined by our DNA, which does not change even if we do become bionic men and women. But Ship of Theseus is not concerned with biology. It deals with the psychological consequences of our bodies changing, with how structural changes lead to changes in personality.
The protagonists of the film’s three self-contained stories have their lives and identities altered when an organ fails and needs to be replaced. The event forces them to look again at the life they have led up to that point, the strengths of their convictions, who they are at their core. Aliya (El-Kashef ) is blind, but has adapted herself to follow her dream of being a photographer. When she regains her sight she struggles to find the spontaneity of her earlier pictures; there are too many stimuli to process and find that elusive moment. Maitreya (Kabi) is a monk who is unwilling to get his failing liver replaced as that would require him to take drugs that he knows were tested on animals. Navin (Shah) is the stockbroker grandson of an activist, who learns empathy and the necessity of contributing to society when he tries to get a labourer justice for his kidney being stolen and sold abroad.
Ship of Theseus works because, despite its unapologetic intellectualism, it is an excellently made and accessible film. I went into the theatre expecting a pretentious, sophomoric, preachy offering, much like what’s usually passed off in India as serious cinema. Instead, it gets all three stories just right, and doesn’t for a moment sermonise. For someone whose salad days were spent writing saas-bahu soap operas, Gandhi has a great sense of telling more with less, of presenting characters who are anything but archetypes, of inserting nuance without convoluting his message. In its reliance on conversations as the primary unit of storytelling and its beautiful silences, it has shades of Iranian cinema. But it doesn’t take itself too seriously, with many laugh-out-loud moments, either through simple dialogues or visual non-sequiturs (my favourite is a shot of two policewomen playing badminton as Navin ponders the injustice of labourers being exploited). Ship of Theseus is undeniably great. Let’s hope it starts the process of replacing the planks of the Bollywood formula with more thoughtful and original storytelling.
ajachi@tehelka.com 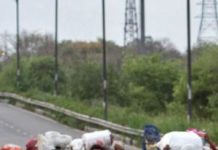 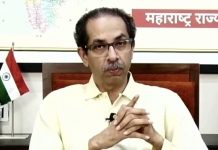