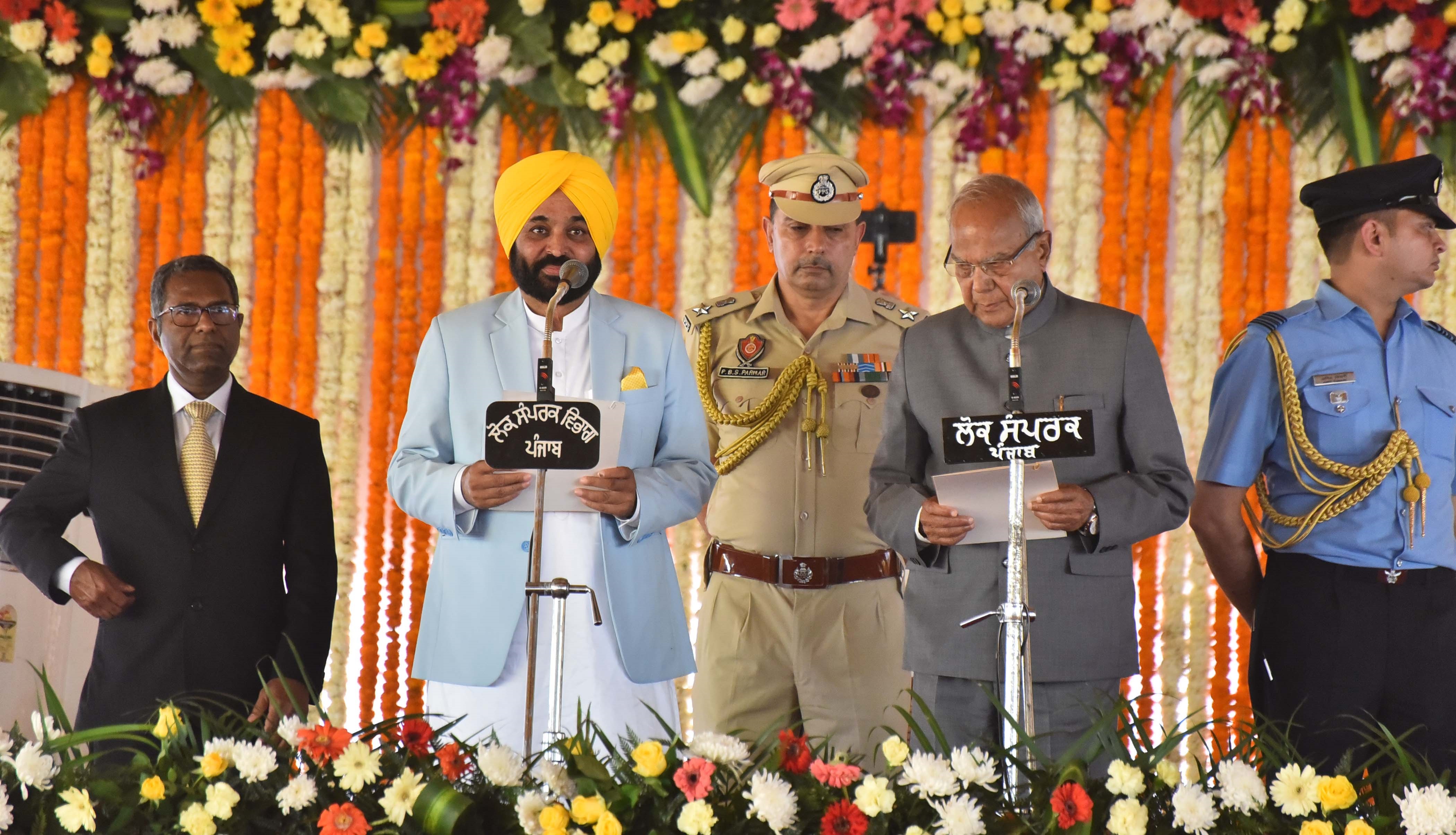 The Aam Aadmi Party (AAP) which won the recent assembly polls with a landslide win in Punjab, has taken off. Within a week of formation of its government, Mann-led team has approved filling of as many as 25,000 government jobs, reports By Amit Agnihotri

The emergence of the Aam Aadmi Party is being seen as a threat to the Congress but the road ahead for the relatively new outfit to replace the grand old party nationally may be a long one.

At present, the two parties have two states each under them.

The AAP, which was formed in 2012, now rules in Delhi and Punjab. Coming to power in two states within 10 years of its formation is being seen as a big achievement for the relatively new outfit.

In comparison, the 137-year old Congress, which ruled the Centre from 2004-2014 and had over a dozen state governments, being limited to just Rajasthan and Chhattisgarh indicates the extent to which the party has shrunk.

The fact that AAP gained power by eating away into the Congress vote bank in both Delhi and Punjab is certainly a reason for the grand old party to worry about its long-term future in the two states.

In Delhi, the 2011 anti-corruption movement of activist Anna Hazare directed against the UPA government at the Centre, gave birth to the AAP, and led to the defeat of the Congress government in Delhi led by three-term chief minister Sheila Dikshit in 2013.

In the subsequent Delhi assembly elections in 2015 and 2020, the Congress was wiped out as its entire vote bank shifted to the AAP.

However, the greater threat is that AAP is now projecting itself as a national alternative to the Congress.

“Today, the AAP has come on national stage and it has emerged as a national force. Like, in Delhi, the people of Punjab voted for AAP’s government by electing Arvind Kejriwal. The people will forget all these traditional parties and leaders and their shops will stand shut,” AAP leader Raghav Chadha said.

Already, the Trinamool Congress and AAP are trying to push the Congress aside.

Both the regional parties had contested the Goa polls and alleged that the Congress lacked aggression to take on the BJP, which won a second term in four of the five recent assembly polls.

Upbeat over the recent wins, PM Modi has declared that the 2024 battle is a done deal for the BJP.

Buoyed by its Punjab win, the AAP has now become hopeful of gaining traction in neighbouring Haryana, Himachal Pradesh and Rajasthan.

Though the AAP could not win a seat in Uttarakhand and UP, where the politics has become a BJP vs SP fight but got 3/40 seats in the recently held Goa assembly polls, which too have been traditionally a BJP vs Congress fight.

Earlier, AAP contested 140/200 seats in Rajasthan in 2018 but could not win any seat. In Gujarat, which will have assembly polls this year, the party had done well in the local body polls last year winning 31 seats in Taluka Panchayats, nine in municipalities and two district panchayat seats.

Before that, AAP had registered its presence in Surat by winning 27 municipal corporation seats at the cost of the Congress, which failed to win any in that town.

Kejriwal had indicated that he was preparing his party for the 2022 Gujarat assembly elections and said that the contest was between the BJP and AAP, with the Congress nowhere in the reckoning. Against this, the Gujarat Congress is busy dealing with turf wars rather than preparing for the coming polls.

The TMC too had been taking on the Congress after it defeated the BJP in West Bengal in 2021. Unlike Kejriwal, TMC leader and West Bengal chief minister Mamata Banerjee is more direct in attacking PM Modi and has declared that she may contest the 2024 Lok Sabha polls from Varanasi against him.

Mamata also played down the recent BJP win in four state polls alleging that manipulation of the electronic voting machines was behind the results. She also campaigned for Samajwadi Party in UP saying the Congress was only dividing the anti-BJP votes.

Banerjee has already been working on a federal front of regional parties in which the Congress may not find a place at all.

However, the Congress still thinks it is the natural anchor to any opposition grouping to take on the BJP in the 2024 national elections. After the recent poll losses, the leadership issue has once again resurfaced to bother the high command, which is also trying to deal with infighting.

Party interim chief Sonia Gandhi convened a meeting of the Congress Working Committee to review the poll losses and, in a follow up action, removed unit chiefs in the five states.

At the same time, she also appointed some of the in-charges to review the results in their states and suggest formation of new teams.

The Gandhis, who had anticipated criticism at the CWC meet, offered to resign to make way for a non-Gandhi party chief but the group rejected the proposal and in turn authorized Sonia Gandhi to do all that was needed to re-strengthen the party.

Sonia had even suggested advancing the party’s internal elections scheduled in August so that a full-time president could be elected but the group decided to go with the original plan.

The CWC also decided to convene a larger session of All-India Congress Committee delegates from around the country to debate the future course of action and firm up a view on who should lead the grand old party.

Congress veteran P Chidambaram, who noted that the party was ready to fight the BJP, acknowledged that the organization had several deficiencies, including an absence of regional leaders and dedicated teams on the ground.

The party should use the next few months building up local committees, he said, while expressing confidence that the Congress would be able to elect a new full-time party chief in August. If the party leaders so desired, the person could even be a non-Gandhi, Chidambaram clarified.

He was referring to the Gandhi vs non-Gandhi party chief debate which has been raging in the Congress since the party lost the 2019 national elections.

Rahul Gandhi, who was party chief in 2019, resigned owing responsibility for the poll loss and asked the party leaders to appoint a non-Gandhi person to the top party post.

However, after months of internal discussions, the seniors could not agree on any single name and requested Sonia Gandhi to become interim party chief until a full-time leader was elected.

The elections for the top party post got postponed twice due to the Coronavirus pandemic and will now be held in August this year. 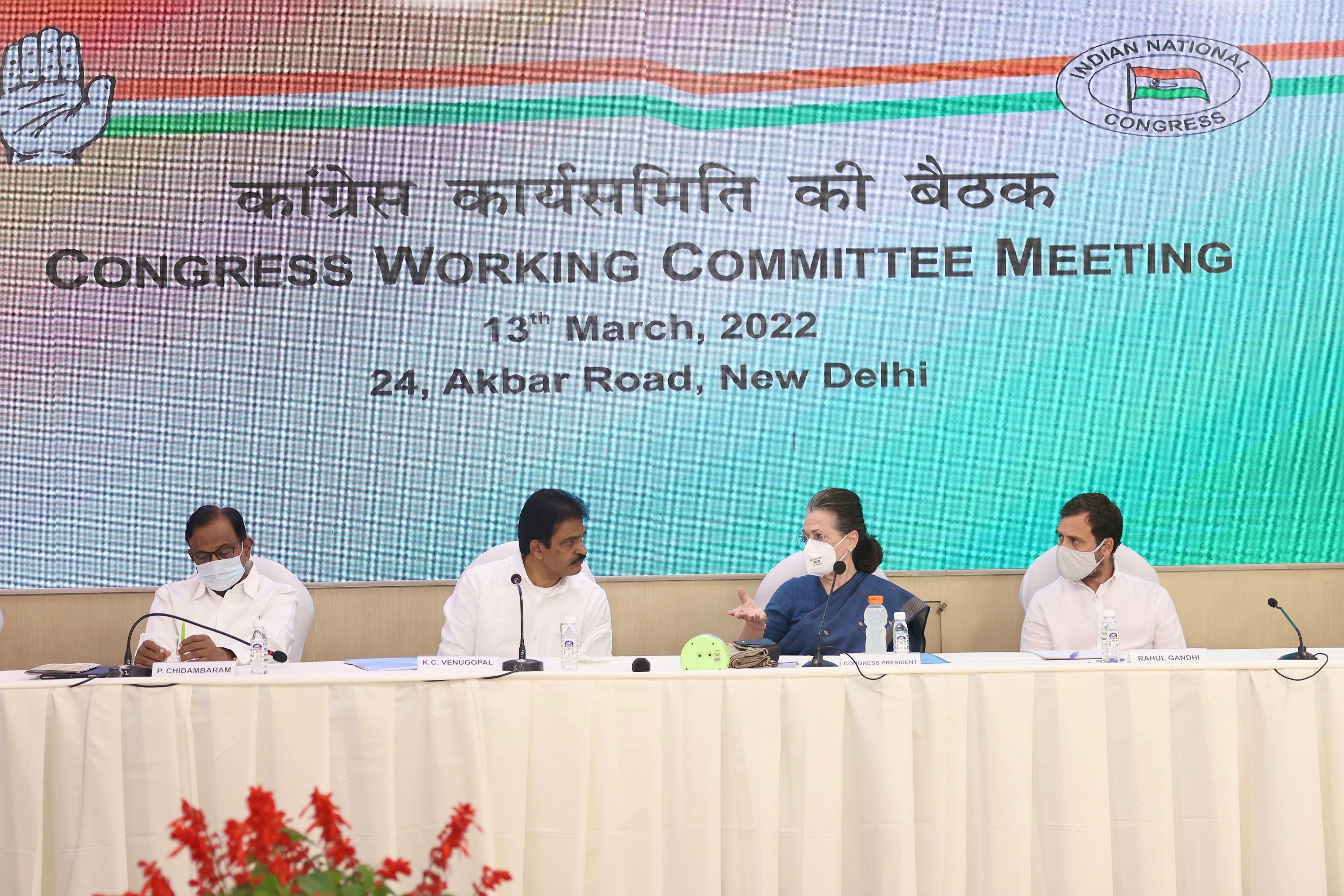 The group of senior leaders, known as the G23, had raised a voice of dissent in 2020 when they wrote a letter to party interim chief Sonia Gandhi to revamp the organization and have an elected full-time president.

Then Leader of the Opposition in the Rajya Sabha Ghulam Nabi Azad had led the group which included Kapil Sibal, Anand Sharma and Bhupinder Singh Hooda.

Though they remained subdued for the past one year, the latest poll debacle has given an opportunity to the G23 to reassert themselves.

Sibal even suggested that the Gandhis should move out and pave the way for a non-Gandhi leader to head the party.

Upset with the stance of the loyalists at the Congress Working Committee, which insisted on reaffirming the leadership of the Gandhis despite serial losses, the dissidents had a series of meetings also attended by Mani Shankar Aiyar, Raj Babbar, Manish Tewari, Sandeep Dikshit and Shashi Tharoor.

But the response of the leaders had been toned down, with a statement saying they were in favour of a “collective, inclusive leadership” and demanded that the Congress be proactive and create a platform with other like-minded parties to take on the BJP in 2024. 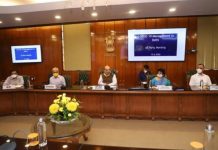