Power. Money. And stars. The Moranis have everything. Aastha Atray Banan tells you why the brothers are the nerve centre of Bollywood

WHEN KARIM MORANI turned 50 in 2009, he decided to celebrate his birthday over two days. It is said that on the first day, Shah Rukh Khan and his coterie trooped in to shower their affection. The second day was reserved for the other and equally important Khan, Aamir. As a family acquaintance observed, the Moranis are part of all the camps. “They are too smart to alienate anybody.”

Cut to 30 May. Karim Morani was arrested and taken into judicial custody. He has been chargesheeted for allegedly having facilitated the transfer of Rs 200 crore to the DMK-run Kalaignar TV and pocketing Rs 6 crore in the process. He has also been accused of handling bribes in the scandal that may have deprived the Centre of a potential revenue worth Rs 180 crore.

The recent controversy has also thrown light on the Morani phenomenon in Bollywood. The brothers Ali, Karim and Mohammed and their wives are friends with Bollywood bigwigs like Shah Rukh Khan (believed to be Karim’s “best friend”), Aamir Khan, Rani Mukerji, Hrithik Roshan, Priyanka Chopra, Kareena Kapoor and Shilpa Shetty among others. While the tales of their friendships make headlines, not much is known about the Moranis and why they are so important to Bollywood.

The first generation of Moranis founded Amir Morani Fireworks in the name of their eldest son and step-brother of the younger Moranis in 1937. In 2006, the elder brother broke away to run Amir Morani Fireworks and the Moranis named theirs, Morani Fireworks. With confidence in the financial stability of the family business, the Moranis had decided to foray into Bollywood in the early 1980s with director Bunty Soorma and launched Cineyug Films, though the step-brother wasn’t a part of this venture. In 1997, they started Cineyug Entertainment. Many of their early projects starred the then best friend Sunny Deol. The Morani brothers had known Deol since their days at the Jamnabai Narsee School, alma mater to generations of Bollywood children. They went on to produce films such as Arjun, Vardi, Damini and Raja Hindustani. Rumour has it that after Soorma died in 2002 following a heart attack, Karim too had one that ended the high-wire game of film production. Though Cineyug Entertainment Pvt Ltd, an event management company, fast gained popularity for organising some of the most prestigious live shows and award functions.

Today, even after Karim’s arrest, industry insiders say the Moranis are the best event managers (with only Wizcraft offering any competition). Cineyug has been organising the Filmfare Awards ceremony for years now. They have also organised events such as the Temptations World Tour (2004) with Shah Rukh Khan, Preity Zinta, Priyanka Chopra and Rani Mukerji; Harshad Mehta’s son’s wedding with its 7,000- strong guestlist in 2005; Saif Ali Khan and Kareena’s show in 2008 in Sharjah and the closing ceremony of the Indian Premier League in South Africa in 2009.

What Bollywood vouches for is the professionalism they brought into what had been a fly-by-night business. “They have been around for long and are known for their efficiency,” says film writer Anupama Chopra. Critic Bhavna Somaiya, who worked closely with the family during her stint with Screen magazine, remembers the experience fondly, “Their shows are flawless.” They were the first to win the trust of female stars, and persuade them that tours abroad do not have to be shady, risky affairs they may be dropped into without warning. Visas were arranged without any fuss and they offered plenty of limelight to each insecure member of multi-starrer ensembles. The less charitable say (and no one will be quoted because they assume the brothers will be back soon) the Moranis are the blue-eyed boys of Bollywood because they have helped stars get richer. The unsubstantiated allegation is that the Moranis dealt in hawala money and promised discretion to stars who wanted to stash their foreign earnings abroad to later fund houses in London and Dubai. And if they don’t get a show, they’d find a way to sabotage it.

THE MORANIS have always been known to love the good life and have thrown some of the most lavish parties in the industry — a hospitality that could now come back to haunt them. Talk of how their multi-storeyed house in the expensive neighbourhood of Juhu, where all the brothers live on different floors, is wall-to-wall Versace is rife. Sample the snobbery: “No wonder they are so well-connected. If you want to get to SRK, forget his publicist, try the Moranis. Every single show or wedding SRK has done has been organised by Karim Morani. Throughout the IPL too, Morani was always by his side. They have day-to-day access to his house.” Adds another: “All the wives (including Karim’s wife Zara) dress up like Gauri Khan — with the same branded handbags and shoes. People often say that the Moranis are ‘all money, no class’.”

Bollywood biggies the Moranis have worked with closely

Shah Rukh Khan Karim is the executive producer of SRK’s next Ra.One

Aamir Khan On Karim Morani’s 50th birthday, he hosted two parties. One for the SRK camp, and another for Aamir

Sunny Deol Went to school with Karim. Was one of Cineyug Films’ favourite leads

Mushtaq Shiekh, screenplay writer and author of The Making of Asoka andStill Reading Khan is kinder. “I have known them for pretty long and I don’t think they are over-the- top. They had parties if there were occasions to have parties. What’s wrong in that? Karim is a soft-spoken guy. We are just crucifying them now because they got into trouble.” He adds, “They made the stage shows spectacular events and their speciality was getting many stars together. And because they were the first ones to try it, they became that guiding light. This kind of success comes only when people trust you. At one point, stars used to say we will only do a show if the Moranis are doing it.” Step-brother Amir Morani, says, “It is unfortunate. But Karim couldn’t have been involved in something like this. He is very sincere and god-fearing.”

There have always been stories about the Moranis’ underworld connections, with most of the conjecture revolving around Dawood Ibrahim. But that is pure conjecture. Their closeness to power does not sound like fun. Their spat with Amar Singh during a Zee award show in Dubai made headlines. The story goes that Singh was upset with the seats allotted to the Bachchans and reportedly slapped Karim. Other reports say that it was Subhash Chandra of Zee who slapped Karim. Later Sahara’s Subrata Roy allegedly also decided to boycott the Moranis.

Karim Morani is the executive producer of Shah Rukh Khan’s Ra.One. Khan has duly returned the favour by producing Karim’s daughter Zoa’s debut film Always Kabhi Kabhi under his banner Red Chillies. Khan told a Mumbai newspaper recently, “Haan, hai dost (Morani). Toh jaan le loge kya? Are you going to penalise Karim, or me, because we are friends. Yes we were friends and still are. But whatever the law has to do, it should do.” Even Salman Khan came out in support of the family when he said, “I have worked with the Moranis for many years, and he is innocent till proven guilty.”

The Moranis won the trust of female stars easily. They offered plenty of limelight to each insecure member of multistarrer ensembles

A top CBI official told TEHELKA that Karim Morani could have escaped going to jail if he wanted to. The CBI had asked him to become an approver (as his role was a minor one), but he insisted the dealings were “genuine and that he had done nothing illegal”. Despite repeated attempts to reach them, the Moranis were not available for comment.

For the time being, it would seem Karim Morani has some tough times ahead. It’s possible all their transactions, business or personal, will be under legal scrutiny and the retrospective squint of everyone in Bollywood. Shiekh sums up Bollywood’s dilemma, “The industry lives in the confined space of a studio and the dark walls of a theatre. When something like this happens, they panic. It happened to Sanjay Dutt and Shiney Ahuja. It will be okay soon. They are great professionals and when they start working again, it will all return to normal. As they say, the show must go on.” 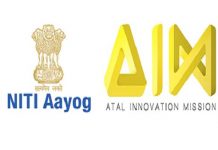