A Kashmiri Pandit died and his brother was injured after they were fired at by militants in Shopian district of Jammu and Kashmir on Tuesday, police said.

A police official identified the deceased as Sunil Kumar and the injured as Pintu Kumar.

”Terrorists fired upon civilians in an apple orchard in Chotipora area of #Shopian. One person died and one injured. Both belong to minority community. Injured person has been shifted to hospital. Area #cordoned off. Further details shall follow,” a police spokesperson said.

“Terribly sorry to hear about the targeted killing in Shopian. Condolences to the deceased’s family. GOI continues to behave like an ostrich with its head buried deep under the sand. Every resident of J&K has become cannon fodder in Delhi’s quest for ‘manufactured normalcy,’ former J&K chief minister Mehbooba Mufti tweeted.

“Terribly sad news from South Kashmir today. An accident & a militant attack have left a trail of death & suffering. I condemn the militant attack in Shopian unequivocally in which Sunil Kumar was killed & Pinto Kumar injured. My condolences to the family,” National Conference leader and former J&K Chief Minister Omar Abdullah posted on Twitter. 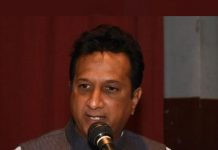 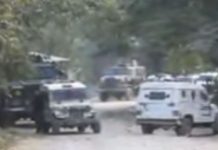