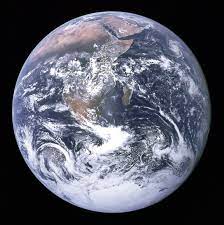 India joins the UN-led ‘Code Red’ Campaign to reduce methane emissions and promote clean energy. However, an informal close-door meeting, a round table with government leaders, on ‘Climate Action’ held on September 20, has laid the road-map for a joint international initiative for tackling this issue.

The 76th session of UNGA session will be remembered as a joint effort of the mankind to save itself from the impending disaster of climate change, an issue really ignored worldwide. Unless the emission of Methane is reduced, carbon footprints are restrained, the impact of this manmade disaster would soon be felt worldwide.

Gopal Misra finds that both China and India, the developing economies, have to take effective initiatives towards promoting green economies. Do they have the necessary funds or technologies or the necessary political will to transform their respective economies? The world needs a minimum investment of 100 billion USD per year to save our planet from the impending calamities, which includes rise in temperature accompanied by increase in sea-level, melting of arctic ice and repeated cyclones across the world. The UNGA is expected to take the initiative.

According to a document of a US-based think tank, Rhodium Group, released in 2019, China emits more greenhouse gas than the entire developed world combined. It emits 27 per cent of the world’s greenhouse gases. The US was the second-largest emitter at 11 per cent and India was third with 6.6 per cent of the emissions. Without an agreement between the US and China, it would be impossible to avert the impending disaster of frequent floods, draughts and erosions of lands in coastal areas. China’s emissions more than tripled over the previous three decades.

The optimism has dawned in the drive to protect the earth with the return of USA to the Paris Climate Accords, an international treaty on climate change. It was adopted in 2015. However, with the rejoining of America, the movement to save earth has intensified. The world is now awaiting the final decision of China on this issue. There are apprehensions that the climate-related disasters in various coastal cities and business centres, including Shanghai might become more ferocious. In September 2020, the Chinese president, Xi Jinping, had announced at the UNGA in New York that his country would achieve carbon neutrality by 2060 by adopting “more vigorous policies and measures”.

The climate-treaty covers climate change mitigation, adaptation, and finance, which was negotiated by 196 parties at the 2015 United Nations Climate Change Conference in Paris. It was opened for signature on 22 April 2016- the Earth Day, at a ceremony in New York. It was also ratified by the European Union. It became an international treaty on November 4, 2016. It received setback during the tenure of US President Donald Trump when America withdrew from the treaty in 2020, but with the change in regime, it rejoined it in 2021 under President Joe Biden. In July this year, with the ratification of as many as 191 UN members, the United Nations Framework Convention on Climate Change (UNFCCC) has now been formed. Of the six UNFCCC member states which have not yet ratified the agreement are Iran, Turkey, and Iraq.

The Paris Agreement’s long-term temperature goal is to keep the rise in mean global temperature to well below 2 °C (3.6 °F) above pre-industrial levels, and preferably limit the increase to 1.5 °C (2.7 °F), recognising that this would substantially reduce the impacts of climate change. Emissions are expected to reach net-zero by 2050.

Impact on India
These ongoing climate changes have caused land erosion. In India’s coastal states, the average land erosion is estimated to be about 70 per cent of the lands being lost due to cyclones. Among the notable states bearing the impact are Kerala, Gujarat and Odisha with 65, 60 and 50 per cent respectively. Unless the present trends in the decline of environment is checked, it is estimated that millions of the urban population of India’s leading cities, Mumbai, Chennai and Kolkata would have to be relocated before 2050. In India, about 170 million people living in her coastal regions have to be relocated in next 10 years. The studies reveal that during the past 25 years (1991-2016), country has already lost 235 square kilometres due to the rise in sea-level. During 2018 alone 3.6 million people had to rescued and relocated.

Code Red for Humanity
For the past several years, India had been on the forefront of the issues related to climate changes. However, an informal close-door meeting, a round table with government leaders, on ‘Climate Action’ held on September 20, jointly hosted by the UN Secretary-General António Guterres and UK Prime Minister Boris Johnson, has laid the road-map for a joint international initiative for tackling this issue. It took place as a follow-up of the ‘Inter-governmental Panel on Climate Change’ under the banner, a “code red for humanity”.
It addressed the gaps in urgent actions on climate mitigation, finance and adaptation. There was a general unanimity among the leaders to keep the world’s 1.5C temperature goal within reach. It also examined that how to raise the resources to ensure that when the next meeting takes place regarding climate talks scheduled in Glasgow in the November, the articipating countries have already found resources to boost climate action and protect their people from climate impacts.

This informal meeting was followed by the meetings of the heads of State and Government convened by the Security Council to debate how to prepare for climate risks that can hinder peace and drive conflict. They discussed practical actions that the UNSC could take, given mounting evidence of climate fallout as a factor in conflicts and instability. Thus, climate issues could not be tackled without recognizing peace as an integral part of climate protection.

A report before the UNSC revealed that in 2019, weather-related hazards displaced some 24.9 million people in 140 countries around the world. Unless corrective steps are taken worst disasters await the mankind.

A Broad Spectrum Approach
With the intervention of the UN institutions, the forthcoming UN Food Systems Summit is expected to bring together people from across the world – youth, food producers, indigenous people, civil society, researchers, business leaders and UN representatives – to mobilize opinion on transforming how we produce, consume and think about food. It is
intended to be a people’s summit and a solutions summit, where everyone must make actionable commitments to change food systems in line with the needs of people. Food systems span from the seed to the table, or the production, packaging, distribution and consumption of food. At a moment of record levels of hunger and poor nutrition, reforms are urgent and essential for many of the Sustainable Development Goals.

It is estimated that unless determined efforts were made to change food system, emissions would likely increase by up to 40 per cent by 2050, given the rising demand from population, more income and dietary changes. The Indian PM Narendra Modi was one of the key participants of the ‘High-level Dialogue on Energy’, under the auspices of the General Assembly, a first global gathering of its kind in the past 40 years.

Apart from raising the issue of the global terrorism, he also detailed the world leaders that how India was trying to bring the production and use of energy on track to meet both the Sustainable Development Goals and Paris Agreement on climate change. There was almost consensus that the slowing of global warming would largely depend upon the reduction of emissions from burning fossil fuels, while ensuring that all people have access to electricity and clean energy.

Apart from the government leaders, the representatives from businesses, foundations and other organizations too participated in the summit. A roadmap to achieve net-zero emissions and universal energy access would open scope for participants to present Energy Compacts defining plans and commitments, with over 100 compacts already submitted. The Rockefeller Foundation and IKEA Foundation have committed one USD billion to spearhead a new global funding platform and empower at least one billion people to access the renewable energy, such as mini-grids.

US in the throes of acute climate crisis

The US decision to return to the UNFCCC is not surprising. It is already facing the wrath of nature. South Florida is facing chronic flooding. It is estimated that the coastal areas from Maine to Texas including Cambridge, Massachusetts, Oakland, California, Miami St, Petersburg, Florida and four of the five boroughs of the New York City would soon disappear.

A report in the Elementa journal reveals that a number of American military bases near coast –line would soon disappear. The climate change is also going to adversely affect Annapolis, Maryland, where the American Naval Academy is situated, Jersey Shores, North Carolina’s Pamlico Sound and other adjoining areas are under threat due to the rise in sea-level.

With the two degree rise in global temperature, polar ice is melting much faster than expected. It has already caused 6.5 feet rise during the past 50 years. This rapid glacial melt in Antarctica and Greenland is causing anxieties worldwide due to their impacts on ocean currents. The massive amounts of very cold glacial-melt water entering warmer ocean waters are also slowing ocean currents, and thus sea levels continue to rise. 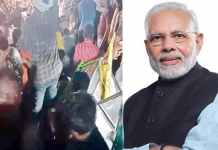 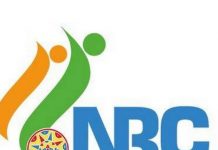