Doctors and healthcare workers are doing their best to save lives, but they can’t be expected to arrange oxygen. It is govt’s job to ensure availability of life-saving medicines and smooth supply of oxygen in hospitals 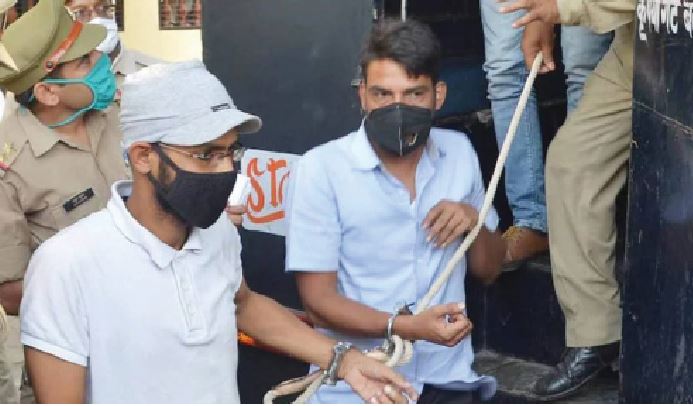 The month of May stands for Manto — after all, this rebel writer was born on 11 May, many summers back, in 1912, in Punjab’s Samrala, in district Ludhiana. For the last few days I have been thinking what if Saadat Hasan Manto was alive today in these dark times! Would he have survived? Nah, it’s not just a question about the virus but the human disasters and destruction taking place all round us. Murders of the patients taking place, where even in the so called elite hospitals of the country, our fellow citizens are dying gasping for that vital oxygen flow! Yes, these oxygen related deaths can be termed murders and the murderers are the political rulers of the day.

Quite obviously, the doctors and the healthcare workers are doing their best to save human lives, but they cannot be expected to be running around here and there, filling and refilling the oxygen cylinders. It’s the job of the government and the establishment that the life -saving medicines and un- interrupted supply of oxygen is available in every hospital.

Together with that, there ought to have been enough bandobast for the checking and rechecking of electric wirings and fittings in all medical units so that the patients are not burnt to death. Not on pyres but atop hospital beds! Never before so many patients have perished in hospital fires as in these recent weeks! Traumatic! But who seems bothered! It’s a failed system that stinks, with corruption and rot spreading out. We have been left in the lurch by the political treachery that’s on and ongoing!

If Manto was alive today, his nerves couldn’t take the strain of the sheer anarchy ongoing in the name of governance. Perhaps, he would have questioned the rulers of the day for not quitting, for not stepping down, from those various posts, amidst the ongoing allegations of gross misrule.

Perhaps, Manto would have also written a detailed letter to the American President and also to the Presidents of the other foreign lands who have sent plane loads of medicines and oxygen cylinders, telling them to see to it that those life savers do not remain stuffed at our airports or ware houses but are swiftly and immediately despatched to the dying patients! In fact, during his lifetime Manto had once written to the then US President but couldn’t get to post that letter or post card as he couldn’t manage to get a postage stamp but today he wouldn’t really face any such hindrance. He would have to just about offload his thoughts or words to any of the social media enthusiasts and his worries and apprehensions would reach the White House.

Manto would have written many more short and long stories, dripping with human pain. He would have tried to reach out the hundreds of children, freshly orphaned and deserted by relatives after their parents couldn’t survive the Coronavirus strain together with the ongoing strains of the failed system. A governance that failed them.

Ah yes, Manto being a sharp man would have focused on the political treachery that’s on and the communal poisoning unleashed on the hapless masses. He would have exposed the political lot, who are continuing to rule even as we are dying! After all, today, we, the technically alive are not really alive. Deadened we are. Something or everything has hit the soul. And when the soul cries out, then do realize that all’s not going okay and we, the technically alive, have to sit up and ask ourselves what can we do to contain the human suffering and destruction.

And if Manto would have been imprisoned for baring his stark views against the government of the day,he would have definitely written on the plight of his fellow jailed inmates. He would have detailed the congestion in the chest is getting compounded by the congestion in the prison cells. He would have shrieked out this basic query: have the jails been set up to reform the alleged or suspected or labelled or the framed wrong-doer, or are they centres to suffocate! Suffocate even those cries for urgent help! Nah, we can’t get to hear any of the SOS coning out from jails, prisons and detention centres.

In fact, last week, the jailed former MP of Rashtriya Janata Dal (RJD), 53 years old Mohammad Shahabuddin’s deteriorating health condition in New Delhi’s Tihar jail leading to his death in a hospital death, remains shrouded in a haze, with his family and political colleagues raising several pertinent questions on his death …In fact, Jitan Ram Manjhi, the former Bihar Chief Minister and president of the Hindustani Awam Morcha (HAM), has demanded a judicial inquiry into his death. And Shahabuddin’s family has alleged that some conspiracy had been underway that led to his demise…Who knows what all takes place behind those high walls! How alive are the alive! Deadened we have all become with so many tragedies heaped on us.

I’m certain Manto sahib would have congratulated Mamata Banerjee for her battle against the fascist forces, defeating them with all possible will power and determination! He would have told all the secular parties to come together for the big defining battle of 2024.

What’s happening to our fellow citizens stuffed in jails? What is happening to the jailed population of this country in these pandemic times? What are the latest inputs to the health of the imprisoned? Are they fine or are they semi- alive, in the clutches of a collapsing system?

In fact, last fortnight I was appalled to read the particular news report which described that the jailed ailing journalist Siddique Kappan has been chained to the hospital bed in a particular hospital in Uttar Pradesh. Many more traumatic details followed to the treatment meted out to this young journalist, arrested last autumn whilst he was on way to Hathras to report on the gruesome gang rape and burning of the gang rape victim of Hathras.

Imprisoned since then, he has been going through hellish situations, continues to languish. There’s no denying the fact that many jailed inmates, including Umar Khalid, have been ailing, with the deadly Corona virus playing havoc. Quite obviously, with the congested jailed conditions this was the expected outcome, but who is bothered what happens to our fellow citizens! Many jailed inmates, like Mukhtar Ansari, are fearing for their lives and safety inside the jails! Again, who gives a damn whether jails become centres for disease and destruction!

As a citizen of this country I want to know what’s been happening to my fellow citizens sitting languishing. Why can’t the under-trials be released? Why can’t the overcrowded jails be less burdened? Why can’t open jails come up in the various suburbs? Why can’t the jailed be allowed to survive in dignity and not sit chained in the most humiliating, barbaric way? Why can’t we, the not- so — jailed, get to know the well- being of our jailed citizens? Why can’t it get drilled into our heads that almost two — thirds of the jailed are under — trials and so could be innocent, yet they are sitting in such hopeless conditions?

It’s simply un-nerving to realize the human destruction that’s on. Getting infected with the virus is just one aspect. The more dangerous aspect is the misery that follows as patients are left dying. At the mercy of a failed and collapsed governmental system, with the political rulers in hiding and even from that hiding unleashing obnoxious threats to the devastated human being.

Mind you, till date no political head has rolled and no bureaucratic tail has been twisted. Why should we be ruled by the lot that doesn’t bother about the semi – alive and dead citizens of this country, who have been left dying and dead, as though stranded in some jungle land, with no one held accountable for the inhuman conditions spreading out from cities to towns and qasbahs of our country…from homes to hospitals to graveyards and cremation ground and cemeteries.

Mind you, in the midst of deaths and destructions and despair and dismay and shrieks and screams and sobs, the Central Vista project is still on and ongoing and upcoming! What would you say to this!

Last fortnight we lost the New Delhi-based spiritual scholar, Maulana Wahiduddin Khan. I had first met him many years back, when I had visited his Nizamuddin situated home with my parents and siblings. If I’m not mistaken it was our first visit to New Delhi and as soon as we landed from Lucknow, my mother had insisted we visit him as she had been reading the Al-Risala magazine that he was bringing out. What struck was his personality and that also his eyes which sparkled with an amazing shine. And, of course, the entire aura spread around … Thereafter, in these recent years, I’d met him on three separate occasions and also heard other scholars talk very highly of his knowledge and wisdom laden words. In fact, Sudhamahi Regunathan, author and a former Vice Chancellor, told me that all along she carried a different notion of Islam, along the strain that it’s a violent religion, till she’d met Maulana Wahiduddin Khan and he told her that it cannot be so, because the very word Islam means ‘peace’.

And on those occasions when I visited his home, several would be seated there, listening to him, seeking his advice. Persons from different faiths and setups. I recall meeting a ‘Muslim Marwari’, Habib Mohammad, who had come all the way from Jodhpur to meet him …There was also students and academics. And on an Eid evening, when I visited Maulana sahib’s home to wish him Eid, there was no meat dish on the table.

Curiosity hitting to such an extent that I had to ask him the ‘why’ to it. “Because I ‘m a vegetarian. Though the family eats goshtbut I don’t…I’m hundred percent vegetarian.”

Men like Maulana Wahiduddin Khan don’t really fade away …They will always be remembered. He has left back his collection of books and thoughts and words…He is survived by three children. His daughter, Farida Khanam, is an academic and also a scholar of Islamic Studies.

Why hate on Kiss of Love?