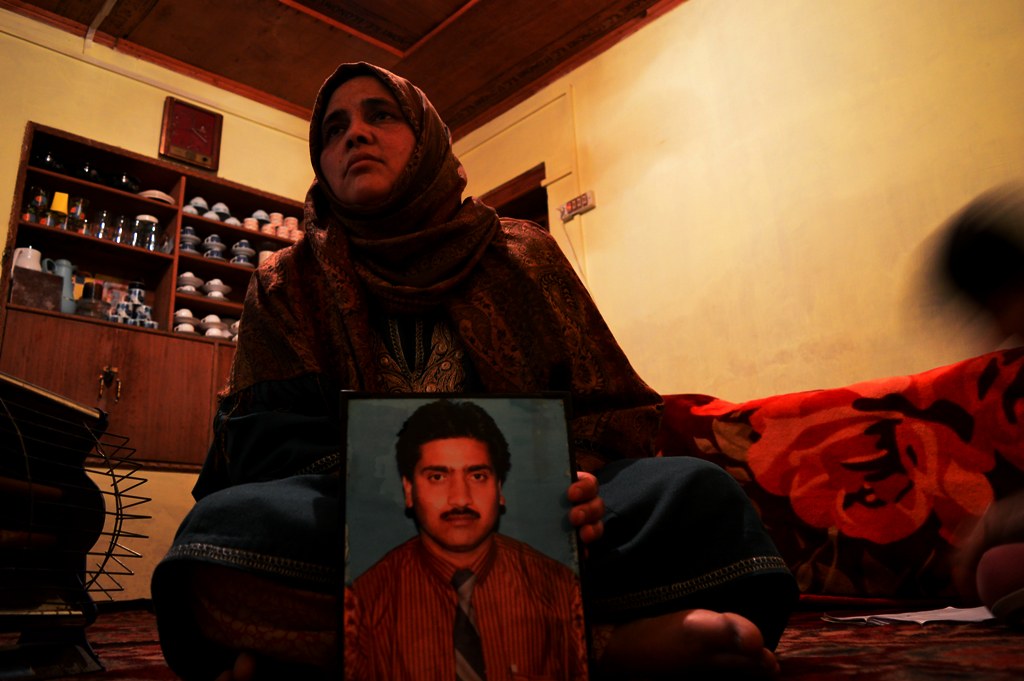 Dadarpora village in Kupwara district nurtures deep wounds from decades of conflict and hides within its fold a substantial number of what has come to be known as ‘half-widow’. The term refers to a woman  whose husband has been subjected to forced disappearance, writes Sangeeta Laha

With Covid-19 pandemic hitting hard and the new variant Omicron surging up, it is estimated that there are tens of thousands of women already widowed by the virus. As nations continue to fight the virus on the front lines or begin recovery efforts, widows must not be left out of economic stimulus and social assistance programmes, or as decision-makers and beneficiaries of plans to “build back better”. More than 30,000 children have been orphaned in India and many women have become widows in the course of the Covid-19 pandemic. The full figures on how many women have been widowed or how many have lost their spouses in the pandemic have not been declared by the Central government. But the scary fact is that many around us seem to be losing their loved ones untimely. The needs of such widows must be brought to the forefront with their voices leading the way. For many women around the world, the devastating loss of a partner is magnified by a long-term fight for their basic rights and dignity.

‘Dardpora’ is known as ‘widow land’. It literally means “abode of pain”. The place is located 24 km towards west from District head quarters Kupwara and  98 km from State capital Srinagar, Jammu. It lies in the north west of Kashmir at an altitude of 1589 meters above the sea level in the lap of hill known as ‘ham’ in local dialect. The district of Kupwara is close to the Line of Control (LoC) that cuts Kashmir into two parts – one in India, the other in Pakistan. Lying near thick deodar forests, terraced cornfields, apple orchards and jagged mountains, the hamlet of Dardpora looks idyllic. But this Kashmiri village nurtures deep wounds from decades of conflict and hides within its fold a substantial number of what has come to be known as “half-widow”.

Who are Kashmiri ‘half widows’?

The term ‘half widow’ in the context of Kashmir refers to a woman whose husband has gone missing and has been made to do so through involuntary enforced disappearance. In the violence, the fate of missing remains unknown. Subsequently, the legal and the social status of these  ‘half widows’ are not clarified and established by the clergy, the law and the society at large. The tag itself represents a stark open reality of the dangers and the gruesome nature of the conflict in Kashmir and its impact on the lives of the common people. Subconsciously lingers the hope of the return of their husbands and the reality constraint that ties in with the eventuality of the death of their loved ones. This prolonged tragedy creeps into every aspect of the lives they live. Also, giving rise to the constant state of conflict and the dismal erosion of their basic rights concerning marriage and social status as well as economic and property rights. However, since this category does not have the legitimacy of the law, and is born out of the identity of the disappeared man, it is not justiciable in a court of law. This makes it almost impossible to include women’s rights into the transitional justice paradigm within Kashmir. Law fails to provide justice as half widows search from pillar to post for their spouse. In the case of disappearance, habeas corpus petitions are filed. But this seems to be time consuming and expensive and whose procedures are unknown to half widows and their relatives.

What challenges does ‘half widowhood’ bring?

As widows pass through their own experiences of grief, loss, or trauma after the death of a spouse, they also face economic insecurity, discrimination, stigmatization, and harmful traditional practices on the basis of their marital status. Wives of the disappeared are often pushed out into public spaces, where they become the sole breadwinner as well as the head of the household to feed her family. For many, this would mean entering the workforce for the first time in their lives. Most of these women are illiterate, inexperienced and lack skills, and have to take up low-paying jobs. Several are even forced to remarry within their husband’s family — her husband’s brother or cousin — for the sake of her children receiving her husband’s share of the family property and economic security. Some women struggle as single mothers refusing to remarry, believing that their disappeared husbands will come back one day, and whose children show manifestations of emotional trauma. The publicly announced number of half-widows is between 2000-2500. However, it is believed that the actual number is much higher. Kashmir has 20,000 widows and half-widows; women whose husbands were killed either by militants, state security forces or in the crossfire.

Women are also much less likely to have access to pensions than men, so the death of a spouse can lead to destitution for women of older ages. They cannot claim pension or widow relief till the period of seven years. On the other hand, child widows, girls given into marriage before 18 years old and whose husband died, experience multiple rights violations and face life-long impacts from premature marriage and widowhood. At least 1.36 million of the approximately 258 million widows globally are child widows, but the true number is likely to be higher due to under-reporting.

In many countries, widows do not have equal inheritance rights, and they may be stripped of their land, evicted from their home, or even separated from their children. They may be denied access to inheritance, bank accounts, and credit, which can have significant financial impacts for them, their children, and future generations. It is estimated that nearly one in ten widows worldwide lives in extreme poverty.

Until the passage of Jammu and Kashmir Reorganisation Act, 2019, inheritance for Hindus was governed by Jammu and Kashmir Hindu Succession Act, 1956. It has now been repealed and Hindu Succession Act, 1956 has been extended to the Union Territory. The provision which governs the property of an intestate Hindu male is similar in both the statutes. Death being the kick start of succession, the act recognises ‘widow’ and not ‘half-widows’.

Under Islamic jurisprudence, a widow with children gets one-eighth of her husband’s property. A widow without children gets one-fourth. A half-widow, till her husband is declared dead, gets nothing. Second marriage is often considered a taboo in our society. There is a social stigma attached to it. And when it comes to property issues, it is always a death of a husband that makes a widow eligible for property right. There is no recognition of a half widow. Hence, she is denied of inheritance rights. 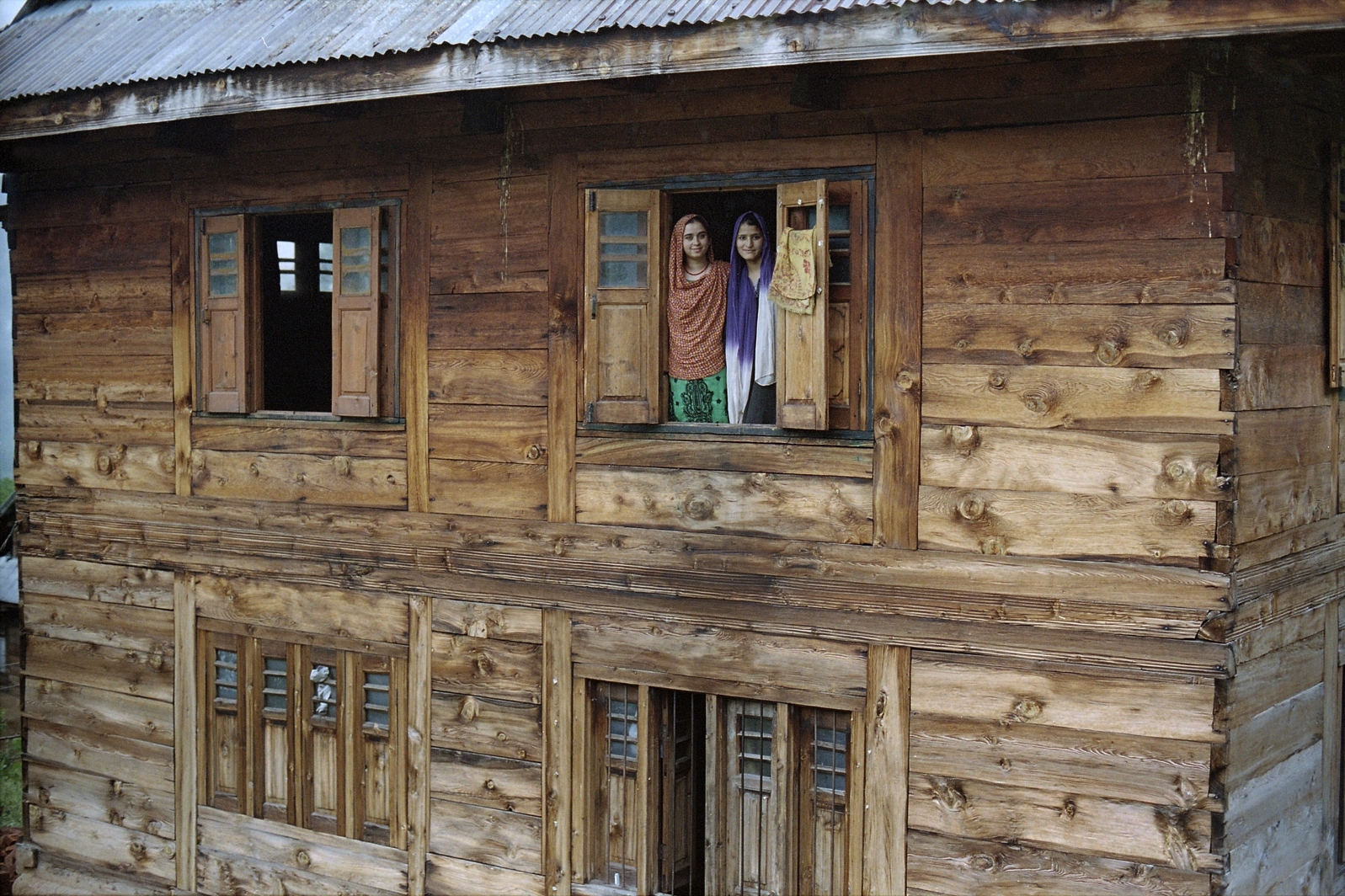 The disappearance of a family member has an impact on the lives of the entire family, not only in economic terms but also in social and psychological terms. Facing multi-dimensional problems have impaired their coping mechanism and ability to live constructively as a family. One of the daunting questions that the half widows and their families face is that of immediate maintainability. Furthermore, several other potential sources of relief such as issuance of ration cards or transfer of husband’s property or bank accounts have also been closed to the half widows. This is because these processes require death certificates, which they do not have since their husbands are not officially recognized as deceased. In the absence of the husband’s death certificate they are unable to access family funds or avail of benefits they would otherwise be entitled to, such as widow’s pension, ration cards or the transfer of the husband’s property or bank accounts. Disappearance of their husbands marginalised their economic status even more.

The concerning government verification procedures gets complicated as mostly the inquiring officers note them down as “missing”, which allegedly often creates a suspicion that they are underground militants. The economic hardships and social challenges combined also have an everlasting effect on the lives of these women and in turn this deeply affects their children as well. As per credible data concerning the half-widows, 98% have a monthly income of less than Rs 4000 and 65% of the them live in houses with minimum amenities which is a worrying factor and highlights how maintainability is a problem for them.