Nihal Sarin, 10, from Thrissur in Kerala, has achieved a stature many children of his age would only dream of, and all this in just 10 months. Nihal was crowned the World Chess Champion Under-10 in September last year and won the Asian under-10 Rapid and Blitz Championship in June at Tashkent, Uzbekistan. Before that he had won the World Under-10 Blitz in Al Ain, United Arab Emirates. Nihal has won close to 70 championships in state and national levels in this period. He had beaten an international master and five former senior champions. These feats achieved in little less than a year make him a wonder kid in the world of chess in India. Many masters have prophesied Nihal’s possibility of becoming a Grand Master (GM) with his performance and talent.
When this reporter went to meet Nihal at his home at Poonthole, Thrissur, he was on his summer vacation. He greeted me with a warm smile and soon vanished from the scene to play with his friends, leaving his father, Sarin, to narrate his stories. Nihal has earned the reputation of being a restless kid in front of the chessboard. A YouTube video shows how calmly he takes on his opponent, Kriebal Tadeas of the Czech Republic, an international master and 10 years older than him, albeit with a restless demeanor in Pune last year. He stunned Kriebal with a long-fought draw in that match.
Nihal’s story of being drawn to chess is quite interesting. His first encounter with the checkered board was quite a coincidence. During one of his summer vacations five years ago, his maternal grandfather AA Ummar, finding it hard to make the boy sit still while his doctor parents were away, introduced him to the chess board. The kid showed an early glimpse of his talent by learning the nuances of the game in a week. Since then, Nihal was hardly beatable. According to Ummar, Nihal was fascinated in the game and spent hours in front of the board brooding about the next move.
Mathew Joseph Pottore initially trained Nihal in Kottayam, where his doctor parents were working at the Kottayam Medical College as assistant professors. Later, when the family moved to Thrissur, Nihal joined the CMI Public School. He started to take chess lessons under EP Nirmal. For a boy who loves to start his game with his favourite d4 move, Nihal mastered the nuts and blots of the game in no time. Under the guidance of Nirmal, Nihal began to take shape as a true chess player. He participated in many tournaments and won the Under-7, Under-9 and Under-11 categories and also the Thrissur district Under-25 title at the age of seven.
Nihal trumpeted the arrival of a true prodigy when he won the classic title in Durban, South Africa. His win coincides with the time when the Indian chess world is awaiting for a true talent to replace Indian Grand Master Vishwanathan Anand.
However, a dearth of funds has cast a shadow over his bright future.
The prospect of Nihal overtaking the existing grand masters’ record does not look all that rosy as he struggles to fund his future chess endeavours. With assignments like Asian Championship and World Championship due in August and November of this year, the boy’s parents find it hard to meet the expenses to sending him abroad. Sarin says that in order to participate in a foreign competition, he has to spend anywhere between two to three lakhs in travelling, accommodation and other expenses. Apart from that national and state level events too cost anywhere between Rs 25,000 and Rs 50,000.
Because of the mounting expenses, Sarin has decided to cut down Nihal’s participation in the number of national tournaments. “I know this is not a wise decision as Nihal needs to play as many matches as possible to become a competent player and improve his standards, but the expense cannot be met single handedly,” rues Sarin.
Making a rough estimate of Nihal’s expenditure in the next three years, Sarin says, “He needs anywhere between Rs 20 lakh and Rs 25 lakh in the coming years to participate in foreign competitions and to avail himself the service of a foreign coach. Abroad, the chess players are regarded as national heroes, but in India, it is not like that. Apart from the congratulations, no one really recognises the talent. Since chess is not a crowd-pulling game, private sponsors are reluctant to spend on the players.”
On the advice given by coaches and players on the national chess circuit, Sarin has sought the help of an Ukranian coach, Dimitri Komarov, for Nihal. “Keeping a foreign coach means spending on other expenses apart from the coaching fee. To win international tournaments, the help of a foreign coach is necessary. However, meeting the expenses alone is not too practical and if we cannot find a sponsor, it would be difficult for Nihal to continue with chess,” says Sarin.
Coach EP Nirmal is worried about Nihal’s future prospects. “Nihal is a true prodigy, a real gift. I have seen many talents but he is a true talent. He has reached to a level that requires the help of a foreign coach to assure his success as a chess player,” says Nirmal.
Nirmal has been coaching kids for the last five years and says that the state has many talented players. “Even players from wealthy families find it too difficult to pursue a career in chess after a certain level. Without proper funding or sponsorship, chess as a sport faces a bad future in the state,” he laments.
Talents like Nihal need the support of sponsorships and stipends in order to grow in their field of sport.
PVN Nampoothiripad, an avid chess fan and writer, says, “Only the state government can help Nihal become an international master. If a player of this calibre is not nurtured properly, we may see a brilliant doctor or an engineer but the world of chess will lose a real talent.”
adarsh@tehelka.com 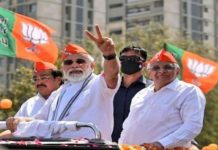 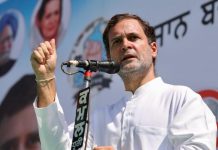