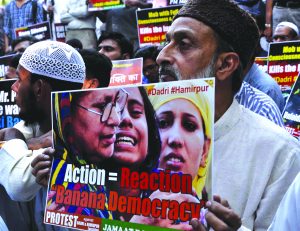 If you have come across people telling you that they have stopped following the news, you are not the only one. Also, you are not the only one who thinks they are depressed by the stories about mob lynchings. But, what happens after the news has passed out of our news feeds? How does a family cope with the burden of a tragedy that would haunt them for the rest of their lives? Most importantly who are these faces behind the lynch victims? These are the questions answered by Reconciliation- Karwan E Mohabbat’s Journey of Solidarity Through a Wounded India.

An initiative that brings together members of the civil society, Karwan E Mohabbat or Caravan of love was launched by former IAS officer and human rights activist, Harsh Mandar in September 2017. The idea was to travel across eight states in India to meet families affected by violence. Mandar is also one of the editors of Reconciliation, along with author Natasha Badhwar and journalist John Dayal. Given the diverse writers, the book does not confirm to any particular style of writing and focuses on being a reportage as well as a set of testimonials of travellers they meet along the way. The book is divided into four parts- The Journey, Reflections, Karwan Travellers and Harsh Mander.

Reconciliation is about a journey that explores the wounds left on people who have victims of hate crimes across the country. The journey starts in Assam and winds through seven other places- Jharkhand, Coastal Karnataka, Tilak Vihar in Delhi, Western Uttar Pradesh, Nuh in Haryana, Rajasthan and Gujarat. The themes are the same across the states but the names with which the media called them are different — lynchings, mob violence, hate crimes. The victims could be the attackers and the attackers’ victims. Everywhere, it seems, people only want a reason to drown in a pool of hate.

In the Journey, the writers chronicle stories from people in the above mentioned states. It is basically, a record of the day’s happenings which Mander kept to update his friends. The story in Assam follows two childhood friends, two lynching victims Riyazuddin Ali and Abu Hanifa from Kasamari, a village largely populated by Hindus and tribals. Following a rumour in the village that they were cow thieves, the duo were mobbed and killed by a few hundred villagers. When they were found at a civil hospital, their eyes had been gouged out, their ears cut and there were knife wounds on their faces. While 10 men were arrested for the lynching, they were released on bail almost immediately. Reconciliation does not stop at those two victims and even connects with immigrants from Bangladesh who live in constant fear of being dragged out in the pretext of being D voters or doubtful voters, an issue that has been raging in Assam for decades. Many under the scanner say that the number of people being detained has risen up considerably after the present Bharatiya Janata Party(BJP) came to power in the State.

The situation changes in Delhi, where working-class women belonging the ‘widows’ colony struggle with problems like drug abuse, poverty and ramshackle memories of the 1984 communal violence that erupted in the capital 33 years back.

In Reflections, Natasha Badhwar writes about the terrifying consequence of accessibility. In Haryana’s Nuh district, the author comes across Qayuum who shows her youtube videos on his mobile which explicitly instruct people on the ways to lynch a Muslim. And that was just one of the innumerable videos freely and easily available on the video platform. It goes beyond that. There are real stories of people surviving fake encounter cases, thanks to them being from a particular religious community. Then there is the story of Mehmood Hassan from Kairana Uttar Pradesh, whose son Salim was killed by lynch mob. But unlike other lynching cases, Salim had given the police a full account of his attack. However, the police refused to take his testimony. Four years since then and the family still lives with fear. John Dayal, who writes the story reveals that the bigger fear for the family is that of cross-cases, which the police uses in such cases to ensure that the victims or their families stay quiet. For the uninitiated, a cross-case happens when a victims side files a case against the attacker, while the police also record a case claiming they were attacked in the incident. Such cases, go on forever and thanks to pressure from the higher-ups, the victims’ side are eventually subdued.

The book also offers a brief history of lynching, given that in the current scenario, it has almost become a norm to newspapers to carry at least one story on the same. We come to know that lynching started in America in the mid-nineteenth century to perpetuate the idea of racial hierarchies. While the theme started as a means to subvert black people, who went against the prescribed social norms of that time, it continues in India through the subjugation of minority groups, be it religious or otherwise.

The third part, Karwan Travellers is a series of essays by a host of writers including lawyers, researchers and activists, all of whom volunteered for the Karvan E Mohabbat. Each of them tries to explain the idea of patriotism, secularism and kindness as per their personal experience and how the Karvan journey changed them. But the horror stories continue here, too. There are cases of Dalit children being thrown into the fire just because their parents refused to say, “Rana Pratap ki Jai”. Then there are stories where entire families are butchered. Their crime? They are Muslims.

The bigger question that this book raises is whether by silently observing the lynching and oppression of minority communities, the majority is supporting these crimes even without being a part of it? As Harsh Mander signs off with stories of people hoping for at least remorse on the part of their attackers, the above questions still live with the reader like a bitter pill. 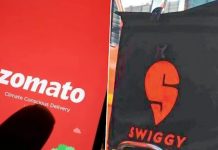