At least 9 migrant labourers were killed and several others have been injured after a truck and a bus collided in Naugachhia, Bhagalpur in Bihar on Tuesday morning.

The truck in which the migrants were travelling, fell off the road following the collision.

The rescue operation is currently underway.

Meanwhile, in another incident, 3 migrants and a bus driver were killed while several others injured after a bus, they were travelling in hit a stationary truck in Maharashtra’s Yavatmal district in the early hours of Tuesday, a police official said.

The incident took place around 3.30 am when the bus was on its way to Nagpur railway station where the labourers were supposed to board a Shramik Special train to reach their native places in Jharkhand. 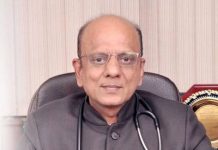