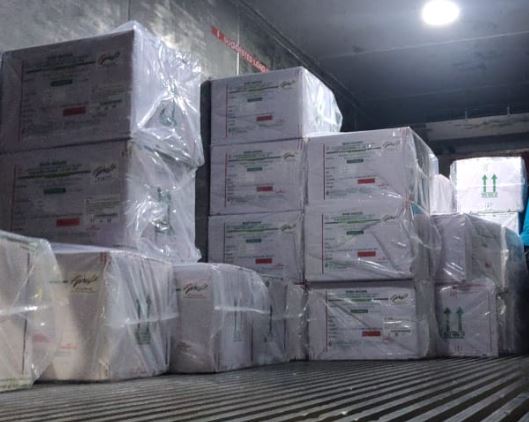 Ahead of the nationwide vaccination drive, the first batch of Covishield, the vaccine produced by Serum Institute of India (SII) left Pune early Tuesday morning.

Three temperature-controlled trucks reached Pune International Airport from Serum Institute from where the vaccines are being dispatched to several cities.

“Ready get set go! Stand by India! The vaccine to kill the disease is being loaded onto the aircrafts for distribution all over the country now,” Pune Airport tweeted.

India’s coronavirus vaccination drive will begin from January 16. PM Modi said that Health workers, from both government and private sector, will be the first ones to receive the vaccine. Along with them, Safai Karmacharis, other Front Line Workers, police and paramilitary, Home Guards, Disaster Management Volunteers and other jawans in Civil Defence, and Revenue Officials associated with containment and surveillance, will also receive the vaccine in the first stage.

“He announced that State governments will not have to bear any cost towards vaccinating these 3 crore people in the first stage. Centre will bear this cost.”