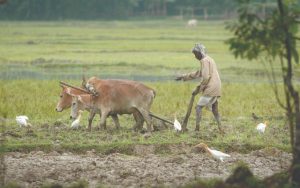 Eight States including Maharashtra, Uttar Pradesh, Kerala, Nagaland, Tamil Nadu, Assam, Punjab and Karnataka on Sunday have finalized the State Action Plan for Agriculture Export Policy and have nominated Nodal agency and Nodal officer. Meanwhile  other States are at different stages of finalization of the action plan.

APEDA has organised a number of seminars and meetings for the implementation of Agri Export Policy throughout the year. A workshop on the role of state nodal agencies in agriculture exports was organised in New Delhi on 3rd September, 2019 where majority of the states actively participated for brainstorming on implementation of AEP in States.

An MoU was signed with National Cooperative Development Corporation to include Co-operatives for their active role in AEP. A Farmer Connect Portal has also been set up by APEDA on its website for providing a platform for Farmer Producer Organisations (FPOs) and Farmer Producer Companies (FPCs) to interact with exporters. Over 800 FPOs have been registered on the portal.