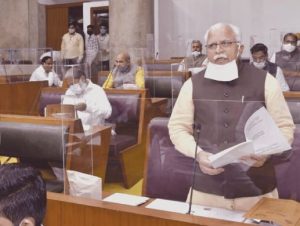 The Haryana State Employment of Local Candidates Bill, 2020 provides a 75 per cent job quota for local people in private sector jobs which offer a salary of less than 50,000 a month.  It applies to private companies, societies, trusts and partnership firms, among others, located in the state. The Governor has to give assent to the Bill before it becomes law. The Bill was tabled by Haryana Deputy Chief Minister Dushyant Chautala in the state Assembly here.

Interestingly, the Ministry of Social Justice and Empowerment had on March 17, 2020, confirmed that the best course should be voluntary action by the corporate itself. The Minister of State for Social Justice and Empowerment Rattan Lal Kataria in a written reply in Lok Sabha had confirmed that as per the information provided by the Department for Promotion of Industrial and Internal Trade (DPIIT), a coordination Committee on Affirmative Action for Scheduled Castes/Scheduled Tribes in Private Sector was set up by the Prime Minister’s office in 2006. So far 9 meetings of the Coordination Committee have been held. In the first Coordination Committee meeting, it was stated that the best course for achieving progress on the issue of affirmative action is through voluntary action by the industry itself.

In the context of reservation in the private sector, the industry representatives are of the view that reservation is not a solution but are willing to partner with the Government and appropriate agencies in enhancing and expanding current recruitment policy for the marginalized section, especially the SC and ST at all levels, as also to encourage skill development and training.

In the ninth meeting, Industry Associations were requested to take more proactive measures under affirmative action in terms of conducting full day sessions with their member companies for this initiative, adoption of villages and encouragement of SC/ST entrepreneurs, merit scholarships to research scholars, and the career guidance programmes for Tribal Students and support and contribute in the National Apprenticeship Promotion Scheme of Ministry of Skill Development & Entrepreneurship and explore the possibility of placement as well. Industry Associations were further requested to enroll at least 25% of Apprentices from SC/ST Communities.

As expected the private employers in Gurugram expressed their dismay at the Haryana government’s plan of reserving 75 percent jobs in private sector for youth domiciled in the state (excluding jobs paying more than 50,000 per month) and said that the move might gravely hamper the region’s economic recovery in a post-Covid world. The move can also fundamentally change the economic landscape of the city, which employs people from across Haryana, Delhi-NCR, India and even the world, stakeholders said. The Jannayak Janta Party (JJP), coalition partner of the BJP in the state, had made a commitment to provide 75 percent quota in private sector jobs to Haryana youths in its election manifesto last year.

Manas Fuloria, founder of a city-based IT-firm and spokesperson for NASSCOM, Haryana, said, “At present, there is not much clarity on the specific terms of the ordinance. We are ourselves trying to ascertain whether it applies only to unskilled labour, or skilled jobs as well. If the ordinance is passed as a blanket reservation, many private companies may choose to relocate their employees to other cities, at least on paper. It will be possible for a lot of companies to work remotely in the current scenario. But I think industries like manufacturing and real estate will be hit hard by these constraints.”

In fact, whether there should be reservation in the private sector or not is a debate that refuses to end. With the country always in election mode politicians of all shades have kept the fire of reservation and quota burning. Some opine that the idea should be given a quiet burial as forcing corporates to recruit people based on family, state or community, interferes with rights of the entrepreneurs to choose the person(s) they want to work with.

With public sector companies either closing down, being sold off or simply getting wiser by stopping recruitment, few jobs are created in the public sector but politicians now want to exploit the private sector to help them in handling their dole and keep their vote bank satisfied. Sometime back, the then chief minister of Madhya Pradesh, Kamal Nath had raised such an issue. Thereafter, Chief Minister of Bihar, Nitish Kumar, took the initiative in raising the bogey of reservation. Defending his decision of providing reservation in jobs that are outsourced by the state government Nitish Kumar added that he was in favour of reservation for backward classes in private sector jobs.

Nitish Kumar said: “It is our personal opinion that existing provisions of reservation should be extended in private sector also. But there should be a debate on the issue at the national level. A final decision on the issue will be taken by the Parliament.”

For long, the private sector has been spared from reservations though there is corporate social responsibility and also the private sector does pay direct and indirect taxes from state and central government plus various surcharges on the taxes.

The current demand is to block a portion of the jobs for the locals from a state though already companies that are setting up plants employ locals on whose land the plants are being constructed, thereby satisfying the local quota obligation.

Reservations based on caste and religion is an idea which is surviving way past its sell-by date and has continued even during the post-independence era.  Even within these castes there are economically challenged people who are unable to enjoy the benefits of reservations. Further, there are many vacancies in the government organization that cannot be filled because they cannot find the right ‘backward candidate’ for whom the seat is reserved. There was a solid reason for reservation in the early years of independence.

Arm-twisting private sector players to employ people through reservation will impact their freedom of operation. Governments are talking about ease of doing business and bringing in labour reforms.

Under such a situation, taking away partial rights of companies to select their candidates will be a jolt to good work done. Private sector players are reluctant to invest in the country over the last few years. There needs to be a debate on the reservation for extending it to the private sector.

Many in the corporate sector said that the move would result in Haryana becoming a less attractive location for private firms to do business. Pankaj Yadav, president of the Gurugram Udyog Association, said, “At this point in time, jobs are already scarce. Industries should be allowed to hire at their discretion for the next few years at least. This is not the time to be putting such constraints on us in an already reeling economy. We have no issues with hiring locals, but finding people with the right skills and qualifications will become much harder, and possibly more expensive as well.” 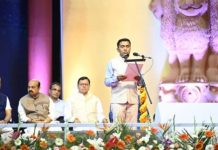