A 62-year-old passenger was arrested for allegedly molesting a Vistara air hostess while de-boarding the flight on March 24. The accused, Rajeev Vasant Dani, who is a resident of Pune, was arrested by Delhi Police after the air hostess reported the matter of harassment in flight UK-997 from Lucknow to Delhi to senior officials, who filed an FIR against him.

As per sources, the incident happened when the air hostess, who hails from Meghalaya, was touched inappropriately by the accused more than once. “She reported the matter to her seniors and some passengers also saw this disgraceful act,” say sources.

Confirming the news, Sanjay Bhatia, DCP (airport) said, “The complainant told that when passengers were de-boarding the flight at Delhi airport, as per her job she was standing near the exit gate and guiding passengers when the accused touched her inappropriately. She said that during the flight the man had tried to touch her several times but she ignored him but at the exit gate when he again did the same, she reported the matter to senior crew members and the man was detained by security staff. He was later handed over to IGI police staff.”

A statement has been released by Vistara spokesperson on this matter: “A member of our cabin crew operating flight number UK 997 from Lucknow to Delhi on March 24, 2018, reported an incident of sexual harassment by a passenger. Vistara does not tolerate abusive or unruly behaviour by passengers that puts the safety of its staff and other customers at risk, or compromises their dignity. We have reported the matter to the police and other relevant authorities. An FIR is registered and investigation is on. We are fully committed to providing our cooperation to all the authorities.”

Rajeev has been booked under IPC section 354 A (sexual harassment). He was arrested and presented before a magistrate who granted him bail. 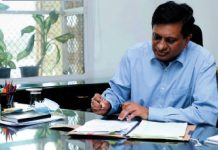 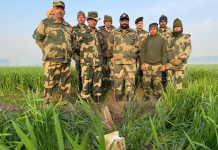