NDA-II has insisted that it wants to reduce black money in the country and also get back the money that is illegally stashed abroad. In his second Budget, Finance Minister Arun Jaitley announced several steps to achieve these objectives, including stringent laws on benami transactions and jail for those who have siphoned off illicit money to foreign bank accounts. He said that he would give a one-time waiver to those who wish to bring back the tainted money back home. A classic case of carrot and stick!

Sadly, such moves, while they are steps in the right direction, obfuscate the real issues. They do show urgency on the part of the policy makers but, as one has
witnessed in the past, new laws are just not enough to curb black money. India has the most stringent Acts on money laundering and narcotics trade, but it has not dissuaded criminals. Similarly, the threat of imprisonment will not work, simply because the tax evaders realise that it is extremely difficult, if not impossible, to trace black money, either in India or abroad.

Experts contend that if the government were serious, a few minor, easy and simple changes in the existing rules — which won’t require changes in laws  and Parliament’s consent — can yield
better results. What is required is political will and an understanding of the mechanics of the black economy in the country. Here are five administrative changes  that can be initiated by Central and
state-level departments and ministries  to curtail the generation of black money in the future.

CHANGE #1 GOING AROUND IN CIRCLES

The finance minister needs to take his cue from what Delhi has done in the past four years. It has routinely hiked the circle rates for registration of properties. Circle rates are the official minimum values of properties in different areas of a state. Any property deal in a region has to be registered at these minimum values, or higher ones. If the circle rates reflect the existing market prices, as Delhi has tried to do, it will be impossible for buyers and sellers to understate the transaction value. This will help eliminate the black money component in the realty sector.

Economists feel that real estate, along with construction, is the biggest source of black money. In our daily lives, we encounter situations where property sellers ask 50-60 percent of the deal value to be paid in black. Only a few builders insist on all-white, or cheque, payments. Tinkering with circle rates is the best way to deal with this problem. And they can be hiked regularly by a state department in charge of property registration.

Earlier, circle rates could not be increased regularly because there was no information about property deals. In addition, buyers and sellers cribbed that such hikes would dissuade them as the former would have to pay registration charges on the higher circle rates. Today, a fair idea of the prices in select areas is available with global experts as well as on online marketplaces, both for residential and commercial properties. Thus, each state can design a formula — for instance, the average between the lowest and highest deal in an area over a period of 3-6 months — to announce new circle rates every 3-6 months. This will force buyers to pay in white money.

It is now an established myth that Indians have illicitly stashed away hundreds of billions of dollars in foreign bank accounts. Experts have conclusively proved that most of the money that goes out comes back into the country through legal routes. One of the favourite ways is to invest the black money in Indian stocks, companies and properties through tax havens such as Mauritius. Since India’s bilateral tax agreements with such havens give tax exemptions to such investments, the black money instantly turns into untaxed white. Thanks to secrecy in tax havens, no one knows the sources of these monies. It is an exciting and safe money merry-go-round.

Past experiences have shown that it is near impossible for the Indian authorities to find out either details of Indian money in foreign accounts in havens such Switzerland or to persuade nations such as Mauritius to remove the corporate veil on the source of tainted money. Such nations, which thrive on these huge financial flows — in trillions of dollars every year across the globe — are obviously reticent to plug the loopholes. Therefore, what is needed are simple changes in domestic rules, which can be implemented at the department, agency or ministerial levels.

For example, the application forms for Foreign Direct Investment (FDI) can be changed to aid more disclosures about the sources of money that flows from the tax havens. The department concerned, such as the Foreign Investment Promotion Board, can insist that if FDI comes from a known tax haven, then the investor has to disclose the identity of the individual or the corporate entity that is the ‘real’ investor. He or she cannot hide behind the secrecy provided by nations such as Mauritius.

So, if the FDI source is a company in Mauritius, the application form should insist that the investor fill in details of the entity that controls the Mauritius firm. If the second layer of ownership is with another entity in another tax haven, say Isle of Man, then the investor has to reveal who owns the second entity. And on and on it goes till the investor is forced to reveal the ‘real’ owners. If the latter are Indians, or Indian-sounding names, the authorities can investigate whether the money is black or legally earned.

One of the foremost reasons why black money is generated is the tax regime. For the rich, the tax rates are higher, and individuals and corporate entities enjoy a range of sops to reduce their tax burdens. In addition, the government has bizarre rules, where certain incomes, such as agricultural earnings, are not taxed at all. For years, companies that earned millions of dollars of profits each year remained zero-tax and didn’t pay any taxes. This changed with the introduction of minimum alternate tax, which forced all companies to pay a minimum tax each year. Still, the situation is mired in opaqueness; only a tax expert can figure out ways through the maze.

An easy solution is to do away with multiple tax rates, for both individuals and corporate entities. Why not have a single rate , say 10-15 percent, for all taxpayers? Simultaneously, the government can insist that all incomes, be it professional, agricultural or manufacturing, will be taxed at this low rate. Only families classified as below poverty line will be exempt. It requires political will, since it implies that farmers and lower classes will need to pay taxes. It may create a social furore since it means that the rich will pay lower taxes than what they pay now.

However, the move will simplify the tax regime and, over time, everyone will happily pay their taxes. There will be no need to hide incomes and evade or avoid taxes. Hence, there will be no black money, at least from these sources. Most importantly, the rich who grossly understate their earnings will not do so; it will boost economic growth as black money will be shown as white.

Elections, be they national, state, municipal or panchayat, require huge amounts of black money. There are both demand and supply side reasons for the phenomenon. At one level, the Election Commission imposes a maximum limit on the expenditure by each candidate; the limit is different for national and state elections. The reality is that the actual expenses are several times the limits. Therefore, political parties and candidates have no option but to woo black money to finance election campaigns.

At another level, although corporate donations to political parties are legitimate and tax-free, companies are forced to generate black money. The ­reason: businesspersons want to hide the extent of their support to specific parties, which demand cash, rather than legal donations, to finance the huge sums they need to spend on their campaigns. The end result: Parties and politicians seek ways to make black money, and corporate entities, who are masters of this game, go ahead and do so for personal and other reasons.

Several solutions have cropped up in a bid to reduce the quantum of black money in election funding. For instance, the Election Commission can be more realistic and hike the expenditure limits. Critics claim that this will ensure that candidates will buy their way to electoral victories. However, the fact remains that political parties do it anyway; therefore, it is better to legitimise it. Another drastic solution is that the Election Commission does away with the limits, as is the case in the US, and imposes a cap on individual donations. In addition, as is the case in Europe, the State can finance the political parties or provide them with subsidies to fight the elections.

For over two decades, various regimes have contended that the idea behind reforms was to eliminate the discretionary powers of policy makers and bureaucrats. Unfortunately, despite the various changes, such powers have remained and continue to be misused by politicians and officials. The 2G and coal block scams are grim reminders of this bitter fact. As long as such powers remain, there is an incentive to resort to illegal gains. Governance usually takes a back seat in such situations as those who rule, spend most of their time to earn ill-gotten wealth. Get rich quick becomes their mantra.

Despite the NDA-II’s claims to have brought transparency to the decision-making process, as was evident in the spectrum and coal block auctions that fetched Rs 5.5 lakh crore, the reality is different. The two auctions were still discretionary: Limited spectrum was offered to jack up prices and coal blocks were auctioned to select users to limit the number of bidders. No wonder there were allegations of cartelisation as also undue indirect favours to some business houses.

The trick is to remove all the discretionary powers, or at least most of them. Let decisions that don’t relate to sensitive issues or security matters be put up for public scrutiny. NDA-II has started the process; most ministries put documents related to specific decisions on their websites. But more needs to be done. Every clearance, and the thinking behind it, should be out in the open. Every incentive given to a business house should be made public. There will be opposition to it but it can done via an inter-office memo in each ministry — or a diktat from the Prime Minister’s Office.

At the end of the day, the country does not require new stringent laws to deal with the black economy. What is needed is a leader who goes ahead to make governance transparent and open. Simple changes in the existing rules will help to achieve this objective. But then, we need a leader who is not scared of criticism and can publicly justify his actions and and also those of his Cabinet colleagues. Will such a leader please stand up? 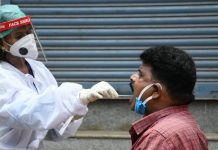