At least five people were killed and several injured after a private bus hit another vehicle at Agra – Lucknow Expressway on Sunday.

According to the reports, both the vehicles overturned and fell off the expressway.

The bus was traveling from Bihar’s Darbhanga to Delhi when the accident took place. 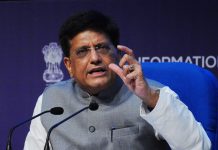