Four army soldiers and five civilians were killed in avalanches in Kupwara and Ganderbal districts in Jammu and Kashmir, officials said on Tuesday.

According to the sources, four soldiers were killed after an avalanche hit an army post in Jammu and Kashmir’s Machil sector along the LoC in Kupwara district on Monday.

Five civilians were killed after nine people came under another avalanche in Ganderbal district. Officials said four persons were rescued. 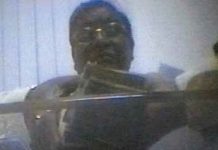