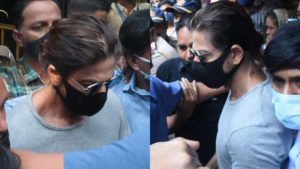 Actor Shah Rukh Khan today visited Mumbai’s Arthur Road Jail to meet his son Aryan Khan. He denied bail in the drugs-on-cruise case yesterday and he has been in jail since October 8.

After the arrest of his son Aryan, this was the first meeting of Shah Rukh Khan with his 23-year-old son, who was arrested after the Narcotics Control Bureau (NCB) raided a rave party on a cruise ship off Mumbai on October 2.

Shah Rukh Khan spent around 20 minutes at the jail after Maharashtra government easing restrictions on jail visits amid the pandemic.

Earlier, Aryan Khan has been denied bail twice. The Bombay High Court will hear his bail request on Tuesday.

Shah Rukh Khan and Gauri Khan had spoken with Aryan on a video call on Friday.

Judge VV Patil said in his order, “WhatsApp chats prima facie reveals accused Aryan Khan is dealing in illicit drug activities for narcotic substances on a regular basis. Therefore, it cannot be said that Khan is not likely to commit a similar offence while on bail. “ 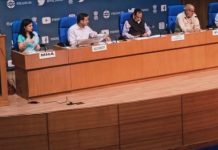