It was difficult to count the zeroes in a newspaper headline in 2011 when the Comptroller and Auditor General’s report placed in Parliament put the national figure of 1,76,000 lakh crore loss in the allocation of second generation spectrum. The 2G scam, as the deal was subsequently called, became a by-word for corruption along with the other scams associated with CWG games and mining leases.

These together led to the taint on the UPA Government headed by Dr Manmohan Singh and contributed to the victory of NDA under the leadership of Narendra Modi in 2014. The CBI Special Court judgment, acquitting all those charged with corruption in the allocation of 2G, may have given reasons for former UPA partners to rejoice but the judgment has left several important questions unanswered and the issue remains far from closed for good.

If anything, the trial court has pointed out gaping holes in the prosecution case and severely indicted the Central Bureau of Investigation (CBI) for its shoddy investigation and collection of evidence. The premier investigation agency of the country not only refrained from linking corruption with the deals, it filed a “well-choreographed chargesheet” only making it a case of high profile corruption.

Heads must roll for the poor investigation. Although the CBI does not have a great track record as far as convictions go, it should have been more thorough in this case. Even the Special CBI Judge O P Saini, who delivered the judgment, said he kept waiting for evidence and stressed that “high profile nature of a case cannot be used as a ground for holding people guilty without legal evidence”.

It is thus clear that even the judge was not convinced that there was no corruption or scam involved. He had no choice but to bank on evidence to prosecute the guilty but, unfortunately, he was not presented any proof. There are a host of questions which remain unanswered.

One of the most glaring linkages, which the CBI failed to investigate, was the payment of 200 crore by one of the companies which had succeeded in getting contract to DMK run Kalaignar TV station. While the then Union telecom minister A Raja and others, including DMK chief Karunanidhi’s daughter Kanimozhi, produced several witnesses to claim that the payment was a “genuine deal”, the CBI made no efforts to establish a link between allocation of spectrum and money paid to the TV company.

Among the other obvious irregularities were the arbitrary method of allocation of spectrum. While for some major companies the rule of first-come-first-served was imposed, for others it was waived off. The last dates for receiving applications were arbitrarily changed which led to undue benefits to some companies. The CAG pointed out that of the 122 licenses issued, about 85 did not qualify even by the first-come-first-served policy. It also found that several companies had manipulated their accounts and had back-dated entries to become eligible. It appeared as if these companies were aware of the decisions likely to be taken for allocation of spectrum. Indeed, the judgment delivered by the trial court has left gaping holes.

The most damning comments on the allocation of 2G spectrum ironically had come in a Supreme Court judgement in 2012. A division bench of the apex court, comprising Justice G S Singhvi and Justice A K Ganguly, had categorically said that the material before the bench proved that former telecom minister A Raja “wanted to favour some companies at the cost of public exchequer” and that the allocation of spectrum was “wholly arbitrary, capricious and contrary to public interest, apart from violative of the doctrine of equality”.

While quashing the allocations, it concluded that the “manner in which the exercise of grant of letters of intent to the applicants was conducted on January 10, 2008, leaves no room for doubt that everything was stage-managed to favour those who were able to know in advance change in the implementation of the first-come-first-served principle”.

Besides the political fallout of the 2G scam and the taint that it left on the UPA government, the so-called exposure had also severely dented India’s image and hampered its growth story. It had led to cancellation of contracts which included foreign players like UAE’s Etisalat, Norway’s Telenor and Russia’s Sistema which had, in turn, led to huge loss of investors’ confidence. The perception of India as a country afflicted with high corruption had further dented its image.

The judgment has also opened doors to far reaching consequences for different institutions. Although the Supreme Court was dealing with the question of only allocation of spectrum and not the criminality involved, its decision to rely on the CAG report and not asking for an independent inquiry, including a judicial inquiry, was not correct. It now appears that it took on the role of Parliament where the CAG report was submitted and the general practise is to have parliamentary sub committees to first examine the reports. It cancelled all allotments without going into the merits and demerits of each case.

During the period when the CAG report was presented in Parliament, the functioning of the temple of democracy was virtually at a standstill. The dysfunctional Parliament had led to loss of credibility as well as promoted other institutions such as Supreme Court and CAG to go beyond their brief.

The CAG itself has suffered due its then chief Vinod Rai seeking attention by putting forward a highly exaggerated figure of 1,76,000 lakh crore as notional loss or what it called “presumptive loss”. To be fair, the figure the CAG has mentioned was a loss of 58,000 lakh crore to 1,76,000 lakh crore but the higher figure had caught the public imagination. The CAG had obviously given a flawed calculation to arrive at such a huge figure.

The Congress and its allies are evidently in a jubilant mood. Former prime minister Manmohan Singh has demanded an apology from the BJP for “defaming the Congress and misleading the nation”. He also described the former CAG Vinod Rai as a “lackey” of the BJP. Rai is now the chairman of the Banks Board Bureau with huge powers to appoint Managing Directors of Banks. He is also the chairman of the administrative committee of Board of Cricket Control of India. Congress has demanded that he be removed from all posts.

With the Special Judge holding Raja and 18 others not guilty, the Supreme Court’s action in quashing the allotments can now be challenged. The CBI is also bound to challenge the trial court verdict and would, hopefully, go better prepared with evidence to prove its charges. The fact that the prosecution failed to do enough homework or had proved to be a failure should not mean that the guilty could go unpunished. Some of the facts are too glaring and too telling to be ignored. 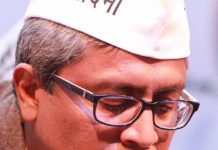