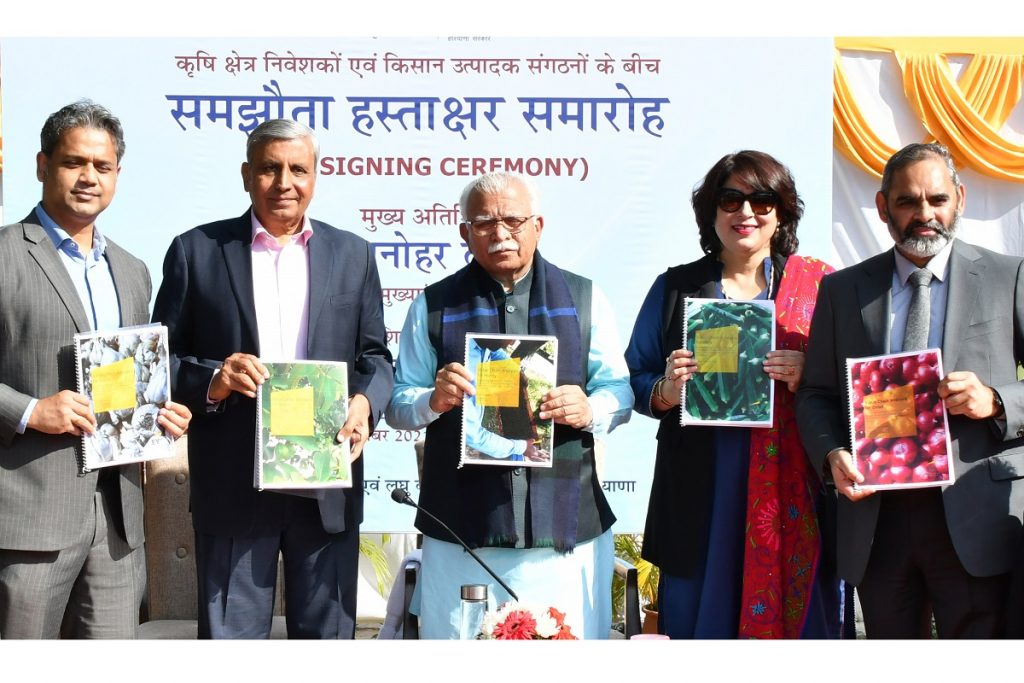 As many as 29 companies manufacturing food products in the country signed agreement with 20 farmers production organizations (FPO)  in Haryana state for direct supply of fruits and vegetables in the presence of Chief Minister Manohar Lal Khatter, Agriculture Minister J.P. Dalal, Additional Chief Secretary Agriculture  Dr. Sumita Mishra and several others at Chandigarh. According to information, there are 599 FPOs in Haryana state having strength of 77285 farmers at present.

Information reveals, according to finalised agreements between FPOs and food products manufacturing companies over 60000 ton fruits and vegetables produced by the farmers in the state will be purchased by manufacturing companies from FPOs directly in a year not only providing handsome profits  to farmers but also farmers will not have to struggle in grain markets to sell their crops.

Chief Minister conveyed thanks to food products manufacturing companies for signing MoU with FPOs for assured supplies at mutually agreed rates and told that it will not only bring financial gains to farmers but also not to sell out their products at reduced rates in open markets.

Khatter said, there is a proposal to provide specialised training to nearly 500 farmers in the state at Ch. Charan Singh Agriculture University, Hisar in the field of production, quality control, sale, processing, packing and other aspects in business.  He said, on the other hand manufacturers will not have to waste time in procuring stocks of fruits, vegetables and honey with regular and timely supplies directly from the farmers at committed rates instead of procuring from market wasting time.

While talking to media persons, Chief Minister disclosed that Haryana state government is going to develop four wholesale markets in the state for the convenience of farmers as well as consumers opening a Horticulture Market at Ganaur in Sonepat district, Apple Market at Pinjore in Kurukshetra district, Flowers Market at Gurugram and Spices Market at Sonepat shortly. 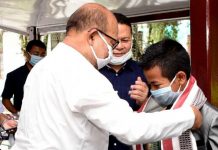 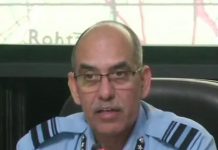